They touched down in Southie on Tuesday. 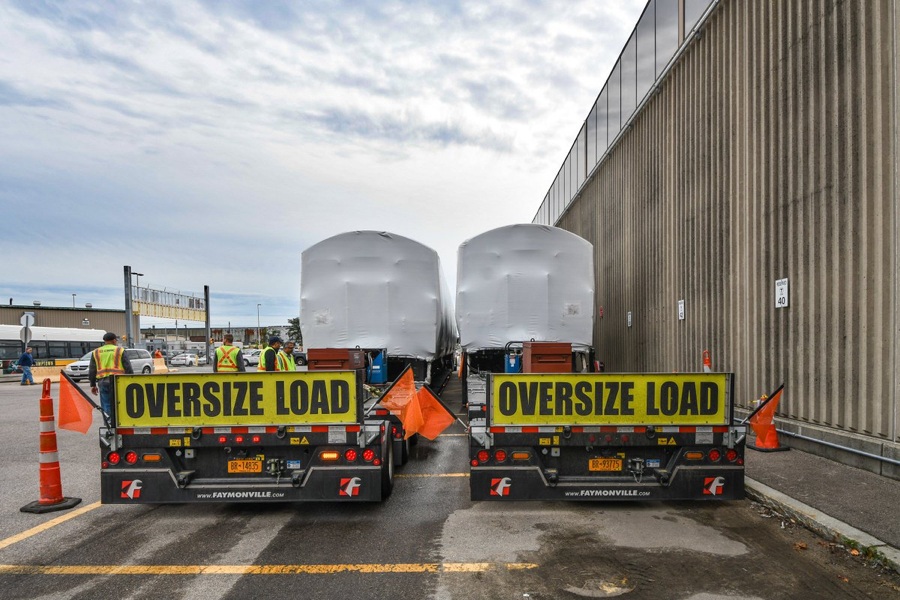 Opening a new chapter in the MBTA’s efforts to replace its fleet of train cars, the first set of brand-new Red Line vehicles have officially arrived in Boston.

A set of train cars left a manufacturing facility in Springfield Tuesday morning and reached their destination at the T’s Cabot Yard in South Boston in the early afternoon via police escort, hidden snugly inside white wrapping.

Make way for new Red Line cars! After making the long journey from Shanghai, the first Pilot Cars have officially arrived in Boston. These cars will now undergo extensive testing at Cabot Yard and on its new test track.

Don’t go looking for new ones on your morning commute just yet. The trains will still need to be analyzed, then take many loops around the T’s new $21 million test track, which is still under construction, before they make their debut.

“Workers are putting the finishing touches on the new test track,” T spokesman Joe Pesaturo said in an email. “The new cars will be subjected to weeks of static testing before going out on the test track.” The T estimates the first trains will enter regular service in Spring 2020.

In all, the T is preparing to replace its Red Line fleet with 252 new train cars by 2023. They’ll be more spacious and will have wider doors, so will be able to carry more commuters more quickly. They will also come equipped with new LED screens and other upgrades.

Meanwhile, the T continues a rollout of its new Orange Line trains. The first hit the tracks in August, followed by a second set in September. Both were pulled from service last month after an issue with the trains’ doors caused one to open unexpectedly while a train was in motion. The T said Tuesday that one of the two new train sets returned to service today.