"We recognize there are some areas of concern." 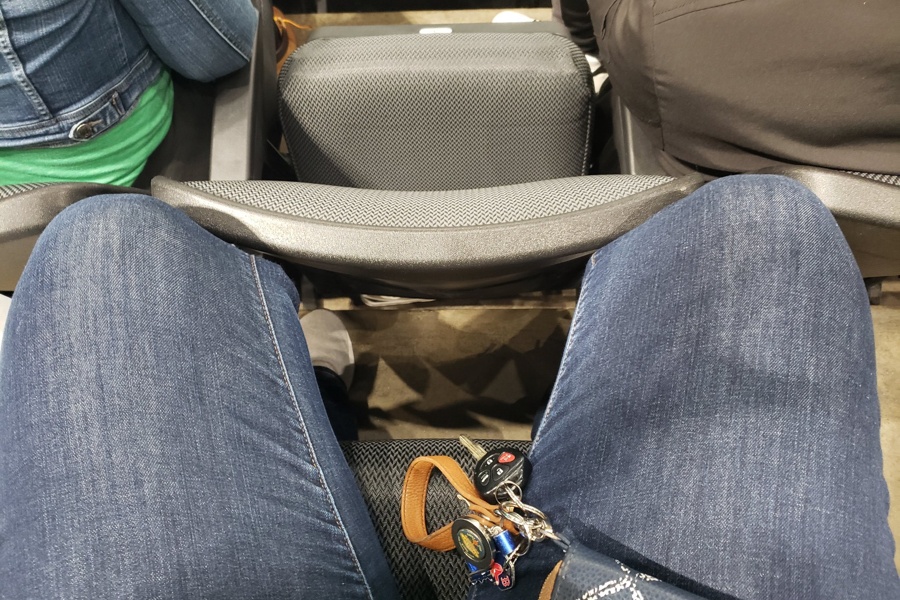 As fans get their first look at the freshly renovated TD Garden, one thing has become abundantly clear, especially to the longer-legged among them: The arena’s seats, all of which were replaced this year for the first time since 1995, are…cozy. A little too cozy for some. Complaints have piled up on social media from ticket-holders venting about the close quarters in the stands, who have shared photos of knees pressed against seat backs and butts that refused to fit between arm rests.

And now, it looks like the Garden may be going back to the drawing board.

“For the first time in nearly 25 years, we updated the seating inside TD Garden – always with the goal of improving the fan experience,” a TD Garden spokesperson says in an email. “Through guest feedback, we recognize there are some areas of concern, and have re-engaged our industry seating experts to evaluate and provide assessment.”

Asked if this means the Garden might end up changing its seating, the spokesperson tells me the venue is in the “evaluation phase right now.”

This stance is a new one. Earlier, the Garden issued a statement saying the new seating might take “some time to get used to,” which led some to believe the arena wasn’t taking the backlash seriously. Still, Bruins CEO Charlie Jacobs told WEEI earlier this month he’d heard the critiques and conceded there “may have to be some fixes involved.”

The redesigned all-black seats are but one of the upgrades unveiled at the Garden this year, which has added a swanky new glass atrium front entrance and 4K scoreboard, along with new bars and box areas. Changes also include “enhanced accessible seating” and “improved sightlines,” the Garden says.

So why exactly are fans feeling the squeeze?

While the new layout does include about 500 new seats, that doesn’t appear to be the reason people are feeling squeezed. Nearly all the additional capacity comes from new seating in the arena’s eighth and ninth floors, the Garden says, adding that only 20 seats were added to its loge and balcony areas.

Instead, the problem appears to be the seats themselves. “The newly designed seats feature cushioning on bottom and back of ALL seats (previous seats did not all have padding), new armrest design, and increased seat back height and the overall ergonomics may contribute to a smaller seat feel for guests,” the spokesperson says in an email, adding, “We remain open for feedback and will continue to work with fans as we transition through all the changes.”

People have been very willing to offer feedback so far.

Why didn’t you ask him about the terrible new seats? Can’t even fit. pic.twitter.com/POKH8MgtHk

One person noted on Twitter that the seats had even “less legroom” than the famously tigh grandstand seats at Fenway Park.

Another shared a photo of her husband, clutching a a doughnut burger and fries, along with this take: “Let’s be honest, us Bs fans aren’t getting any smaller. But the seats are? So Sad.”

My husband would like you know: the tight new seats won’t allow him to enjoy the “double cheeseburger w/ bacon & donuts as the bun”. Let’s be honest, us Bs fans aren’t getting any smaller. But the seats are? So Sad. pic.twitter.com/dCzscA4eX8

TD garden with that 4 inch leg room.. can’t wait for this… pic.twitter.com/SuzwnXjZN9

This story has been edited to remove a tweet that included a complaint about seating at a different arena.