The show must go on. 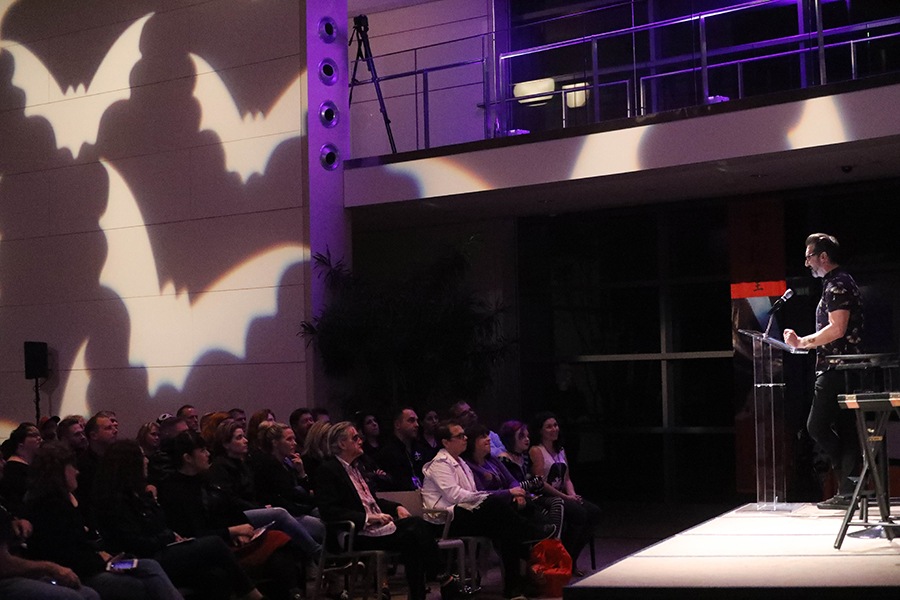 Update, 10/11/19 1 p.m.: This story has been updated to add context and comment from Essex Heritage officials.

Having to relocate a film festival months in the making days before it’s set to begin is enough to make anyone shiver. But that’s exactly what Kevin Lynch, the founder and director of Salem’s Horror Fest, a film and events series that explores the creepiness of everyday politics and culture through movies like Carrie, Stephen King’s It, and Critters, says happened to him.

Just a few days after an October print story Boston ran about the festival went live on our site, Lynch says he was called into an “emergency” meeting with officials from Essex Heritage, the nonprofit that had coordinated the hosting of a portion of Horror Fest at the Salem Visitor’s Center this year. The Visitor’s Center is owned and operated by the National Park Service.

In that meeting, Lynch says, he was given an “ultimatum.” According to him, the officials at Essex Heritage had become uncomfortable about the sudden attention focused on the festival’s political inclinations, and some social media posts from the Horror Fest accounts with political content. Lynch says he was told the event could still go on, but under some new, restricted terms: He would have to delete all the political posts from the Salem Horror Fest’s social media, promise to keep the accounts apolitical from here on out, and ditch any materials promoting the Horror Fest that included the Essex Heritage logo, from the expensive programs, to the lanyards, to the custom t-shirts designed for volunteers. Horror Fest could give their patrons the address of the Visitor’s Center so they would know where to go, he says, but using the name was forbidden.

“The National Park Service is apolitical. We don’t take a partisan stance on anything, so we tend to avoid political-natured things,” Gavin Gardner, chief of resources for the Salem Maritime National Historic Site, told the Boston Herald.

But to Lynch, horror films and politics are inextricably linked. There are no political signs or rallies at Horror Fest, he says, and the festival does not endorse any political candidates. But the films Lynch chose to include have clear social justice themes, and the festival was designed to encourage people to explore them—and simply scrubbing Horror Fest’s Twitter account couldn’t do anything to change that.

After hearing Essex Heritage officials’ concerns, Lynch says, “There was only one choice. And it was to move quickly and find a new venue.”

So that’s just what he did. As a professional events planner, Lynch says, he knows that when an event goes awry there isn’t any time to be angry or complain: “The only thing you have control over is how to respond.” While the Visitor’s Center was not the only venue hosting screenings—the Peabody Essex Museum, CinemaSalem, the Salem Waterfront Hotel, and Count Orlok’s Nightmare Gallery all play host as well—Lynch had to find a new home for the “literary horror” series that was scheduled to take place at the Center. Wednesday, he solidified a new partnership with The Bridge at 211, a former unitarian church. The show will go on on after all.

Overall, Lynch says, response to the news of Horror Fest’s departure from the Visitor’s Center has been positive—and star-studded. Over the past few days, the festival’s following on social media has grown, almost rivaling the following on the “Destination Salem” page, run by the city’s marketing organization. Many of those followers are big names in the horror realm—Director Christopher Landon (Paranormal Activity, Happy Death Day) tweeted his support, as did editors from Rue Morgue, Fangoria, Bloody Disgusting, and Daily Dead magazines and producers from the “Shock Waves,” “Faculty of Horror,” and “Attack the Queer Wolf” podcasts.

Agree with @MichaelKenKen — fight on. Free speech is a right. And horror is everything except apolitical. https://t.co/cw6ITZLpeJ

Honestly, this is what horror is all about: To use the lens of the fantastic to fight against the darkness and that which would oppress. It’s a powerful genre, because when used well…it can say so much. And that is certainly NOT apoliticial. Cheering you on so hard.

Essex Heritage disputes Lynch’s retelling of events. “When we were first alerted to the partisan posts on Salem Horror Fest’s social media pages, we met with Kevin Lynch to explain that, since SHF was our partner, this could compromise our non-profit status,” a representative for the organization wrote in an emailed statement. “Kevin was very helpful and offered to take down the Facebook posts which he did along with our logos. We thought an agreement had been reached. However, upon further reflection, Kevin decided that our agreement wasn’t acceptable to SHF and he made the decision to relocate to a different facility. At no time did we issue an ultimatum or ask him to leave the visitor center. Instead he offered to move the venue, and we agreed to talk about the best way to accomplish this.”

Lynch stands by his account, saying that, “In that meeting, there were options discussed…but I didn’t agree to anything.”

To check out the updated Horror Fest lineup, visit the festival’s website.