The subject came up at a CNN town hall on LGBTQ issues. 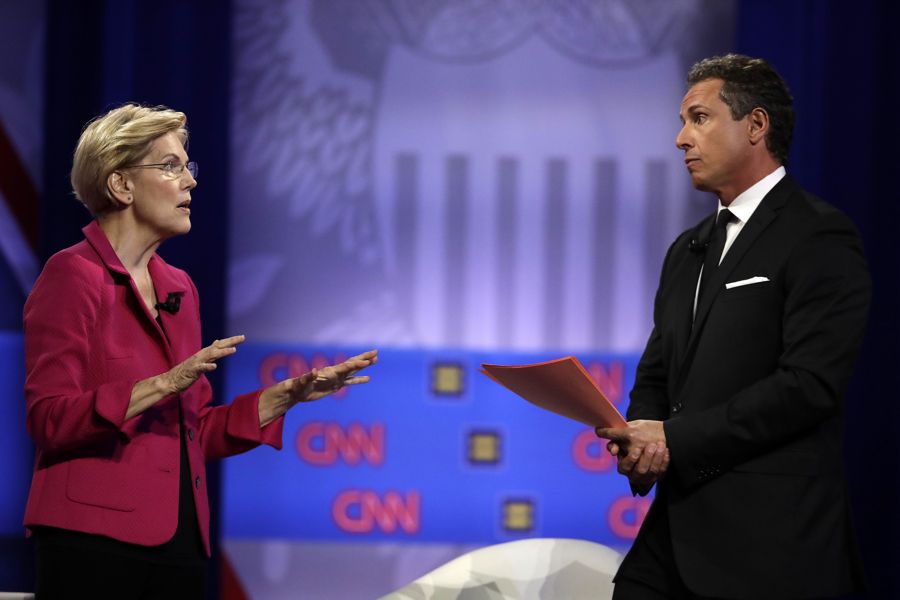 If you really want to have an impact in a presidential campaign right now, you gotta be skilled in the art of the well-executed burn. If you pull it off, a moment of viral glory is sure to follow.

And that’s exactly what happened at last night’s CNN town hall on LGBTQ issues, where Elizabeth Warren was confronted with a question from an audience member about how she’d deal with a hypothetical supporter who said their faith made them anti-gay marriage.

“Let’s say you were on the campaign trail,” asked Morgan Cox, of the pro-equality Human Rights Campaign, “and a supporter approaches you and says, ‘Senator, I’m old fashioned and my faith teaches me that marriage is between one man and one woman.’ What is your response?”

Warren came back with this: “Well, I’m gonna assume it’s a guy who said that, and I’m gonna say then just marry one woman. I’m cool with that!”

She then paused for several seconds for effect, teeing up the punchline: “Assuming you can find one.”

This Elizabeth Warren answer was quite a moment at CNN #EqualityTownHall pic.twitter.com/ThpI7YSO8M

After the exchange, clips of which have since been shared widely online, Warren was asked by host Chris Cuomo to elaborate on her stance on same-sex marriage, and whether it’s evolved over time. After all, long before she was a Democrat and progressive stalwart, she grew up in a conservative household and was a Republican until the mid-’90s. She says she does not remember having anti-gay views in her past, despite being enmeshed in a community where it wasn’t yet safe to be openly LGBT.

“I know that back in Oklahoma in those days there weren’t many people who were out, but the way I grew up it was just gradual. It was the two ladies who lived together and it was just a part of what we understood,” she says. “The hatefulness frankly always really shocked me, especially for people of faith. Because I think the whole foundation is the worth of every single human being. I get that people may make decisions for themselves that are different from the decisions other people make but by golly, those are decisions about you. They are not decisions that tell other people what they can and cannot do.”