It's not the first time the statue has been vandalized around the Columbus Day holiday. 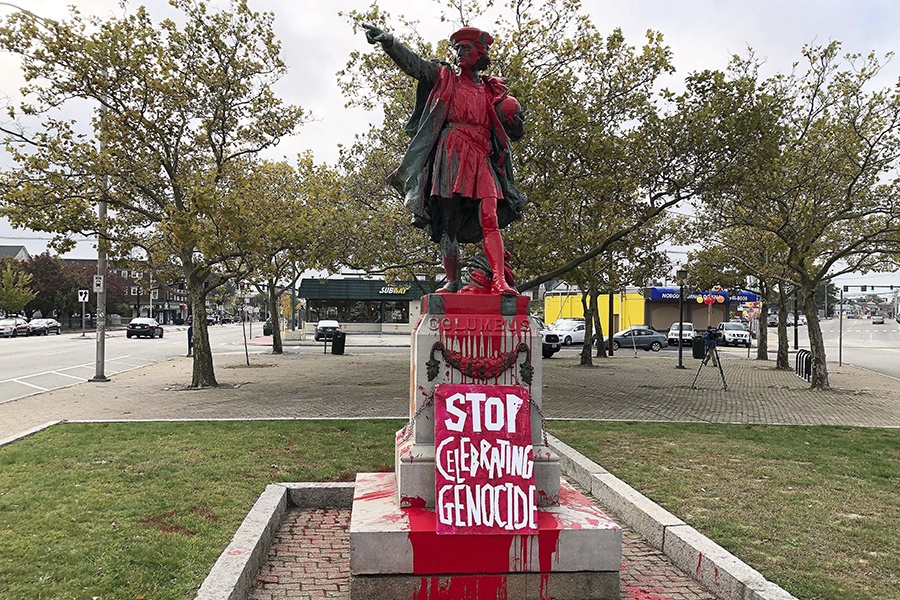 This Columbus Day, a statue of the controversial Italian navigator in Providence is sporting an unexpected new look—red dripping paint and a “stop celebrating genocide” sign.

According to an AP report, the statue was vandalized on Monday. It has been splashed with red paint on Columbus Days past, most recently in 2017. Police are investigating, and the mayor of Providence said via a spokesperson that the statue will be cleaned by the end of the day.

Christopher Columbus, and the celebration of a holiday in his honor, has become increasingly polarizing. While the explorer has traditionally been credited with discovering the “New World,” efforts have been made in recent years to shift the focus away from the colonizer to the indigenous Americans who were already here, and greatly suffered at the hands of the Europeans when the Niña, Pinta, and Santa María arrived.

Around Massachusetts, the movement to replace Columbus Day with Indigenous Peoples’ Day has gained traction. Amherst and Northampton made the switch in 2016, with Brookline, Cambridge, Somerville, and Great Barrington following suit. The entire state of Maine has made the switch as well.

In Providence, however, the holiday is still named for Columbus. The city commemorated Columbus Day Sunday morning with a parade. Several attendees interviewed by the Providence Journal expressed reluctance to change the name of the holiday.