When Will People Learn You Can’t Fly Drones near Logan Airport?

Another sighting was reported on Monday. 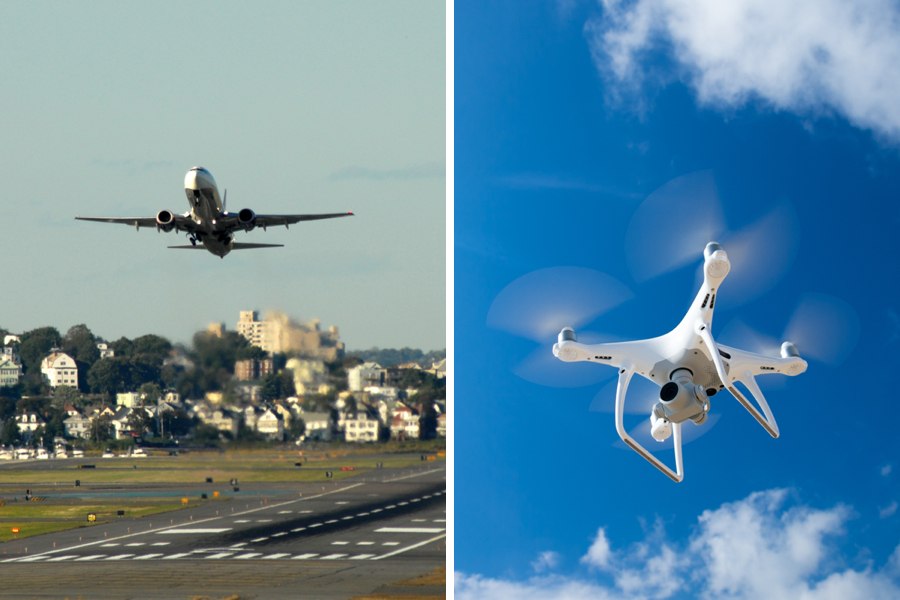 At this point, we’re several years into the rise of the personal-use UAV phenomenon, so you’d think people who fly drones would learn their lesson by now. But it looks like they have not.

Once again, pilots flying out of Logan Airport say they spotted a drone hovering near their airplane’s path during takeoff this week. According to a report from the Federal Aviation Administration, the drone was spotted at 2:50 p.m. on Monday about 4.6 miles away from the airport, flying off the plane’s right wing at 2,800 feet up.

The crew alerted the Federal Aviation Administration, and the FAA contacted the Massachusetts State Police. The Boston Globe was first to report this latest potentially dangerous run-in with a drone, which comes six months after another drone caused a hubbub when it flew illegally over the stands at Fenway Park. Police eventually tracked down the operator of that drone, who was identified only as a juvenile.

According to FAA regulations, it’s illegal to fly a drone without a permit near airports, sporting events, and other restricted areas. So most of the city is off-limits unless you’re a professional with the green-light to film here.

But the ban hasn’t stopped drone operators from testing their luck, and this is not the only time pilots have had to deal with reckless drone-piloting. FAA records show eight drone sightings were documented near Logan from April-June of this year alone, the most recent period during which data on the sightings is publicly available. The FAA has also tracked several drone sightings recently at the state’s other airports, including in Nantucket and New Bedford.

Around the country, there are about 100 reports of drone sightings each month, according to the FAA’s website, where the agency FAA warns that flying a drone near planes is a very bad idea.

“The agency wants to send out a clear message that operating drones around airplanes, helicopters and airports is dangerous and illegal,” it says. “Unauthorized operators may be subject to stiff fines and criminal charges, including possible jail time.”

So please, folks. I love some good drone footage as much as the next guy. But knock it off.