The ACLU tested the images on Amazon's Rekognition software. 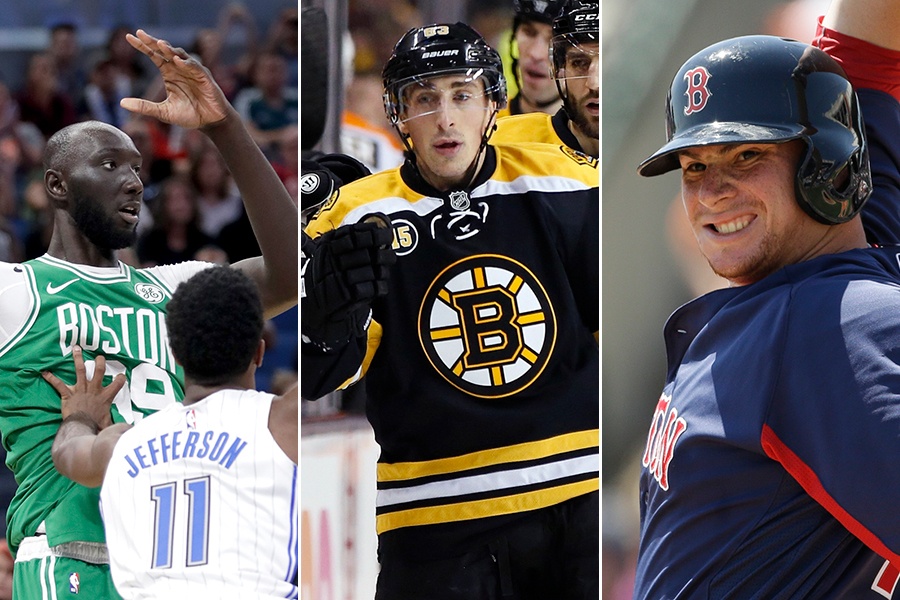 Most Boston sports fans could spot Chris Sale or Christian Vazquez from miles away. Amazon’s facial recognition technology, however, maybe needs to take in a few more Red Sox games.

According to new data released by the ACLU of Massachusetts, Vazquez and Sale are among 28 New England professional athletes that Amazon’s “Rekognition” technology falsely matched to individuals in a mugshot database. The study came as part of the ACLU’s “Press Pause on Face Surveillance” initiative, a campaign that is meant to educate the public on face surveillance technology’s potential civil liberties violations.

Much like in their earlier similar study, in which Rekognition falsely matched 28 members of Congress (including Ed Markey) with mugshots, the ACLU used Rekognition to compare the headshots of 188 local athletes with a database of 20,000 public arrest photos. The results? Almost one in six athletes were misidentified. Here’s the full list of the falsely matched:

After learning of the study, Patriots’ safety Duron Harmon spoke out against Rekognition. “This technology is flawed,” Harmon said in a press release. “If it misidentified me, my teammates, and other professional athletes in an experiment, imagine the real-life impact of false matches. This technology should not be used by the government without protections and safeguards in place. Massachusetts should press pause on face surveillance technology.”

As face surveillance becomes increasingly ubiquitous, critics have raised concerns that the technology could increase tracking and surveillance, building up caches of personal data and infringing on individuals’ privacy—and that’s just when it works. If law enforcement relies on flawed technology to track down wrongdoers from surveillance footage and photos, there could be dangerous consequences, especially since facial recognition has a proven track record of inaccuracies when it comes to correctly identifying women and people of color.

“Face surveillance is dangerous when it doesn’t work, and when it does,” said Kade Crockford, director of the Technology for Liberty Program at the ACLU.

There are currently no federal or statewide regulations on the use of facial recognition technology. However, earlier this summer, Somerville blocked law enforcement from using the technology, becoming the second city in the nation to do so, and Cambridge has proposed a similar ban.