"C'est moi," he confessed after a sleuth found his "lurker" account. 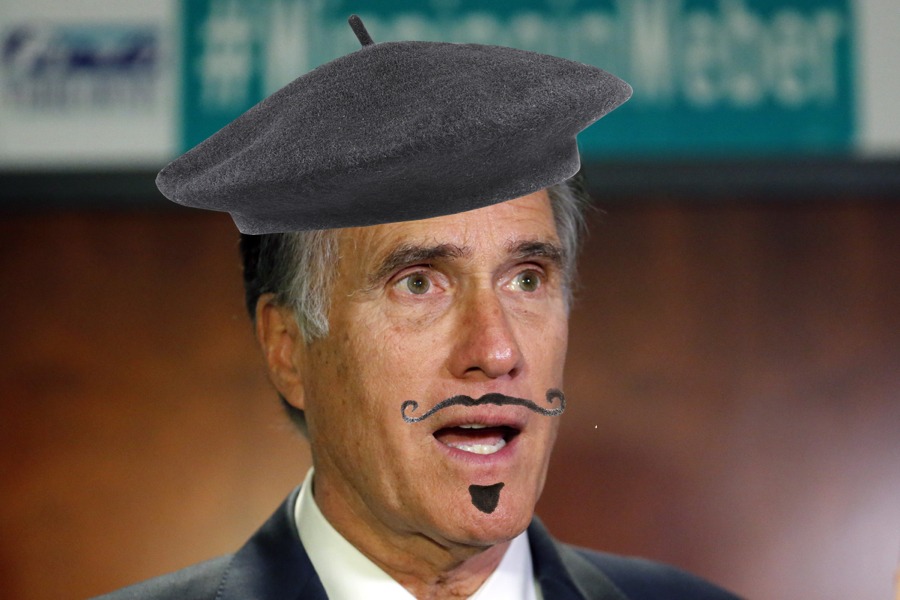 Much like a delectable portion of foie gras seared atop a cast iron pan, Mitt Romney’s goose is cooked.

An online sleuth at Slate has discovered that the former Massachusetts governor and current U.S. Senator and guy professionally wagging his finger at Donald Trump has been using a secret account on Twitter to follow the news and defend his own honor, using the nickname and probable name of a fictional Parisian chef “Pierre Delecto.”

Word of his clandestine social media activity first emerged in a profile of Romney in The Atlantic that was published on Sunday. In it, he tells a reporter he keeps a separate off-the-books “lurker” account in addition to his own more public account on the site, which has more than 2 million followers and regularly posts news-making messages about the Trump administration. He coyly revealed a few details about the account, including the fact that it follows just a few hundred other people, among them a celebrity he identifies as, “What’s his name, the big redhead from Boston?”

That was all the info Slate’s Ashley Feinberg needed to track him down, apparently, as in a matter of hours she identified an account that checked all the boxes and also suspiciously followed multiple members of the Romney family. (Feinberg is the same reporter who infamously uncovered the private account of James Comey, Reinhold Niebuhr, as well as Jared and Ivanka’s devastating sex playlist). After Slate posted the results of her Mitt Romney investigation, the account quickly went private. It remains on lockdown.

Then on Sunday night, Romney fessed up. “C’est moi,” he told The Atlantic.

While the revelation is just funny on its own regardless of news value, the Pierre Delecto persona also provides us with a rare unguarded snapshot inside Romney’s head, even if, unlike certain other Senators, there isn’t anything too incriminating in his online footprint. Romney’s secret account on several occasions chimed in about Romney-related news, once noting that the Senate can’t stop Trump’s withdrawal of troops from Syria, and once “liking” a tweet about invoking the 25th Amendment.

As for the “big redhead” on the tip of Romney’s tongue in that first interview, the star in question was revealed to be Conan O’Brien. “If only my parents had given me a memorable first name,” O’Brien quipped in response.

If only my parents had given me a memorable first name. https://t.co/LX7FWRk9nr pic.twitter.com/t2LDseg0N6