A Rumble in the Garden: Bruins v. Celtics

This month, as the Bruins take the ice and the Celtics hit the hardwood at TD Garden, we ask the question: Which local franchise reigns supreme? 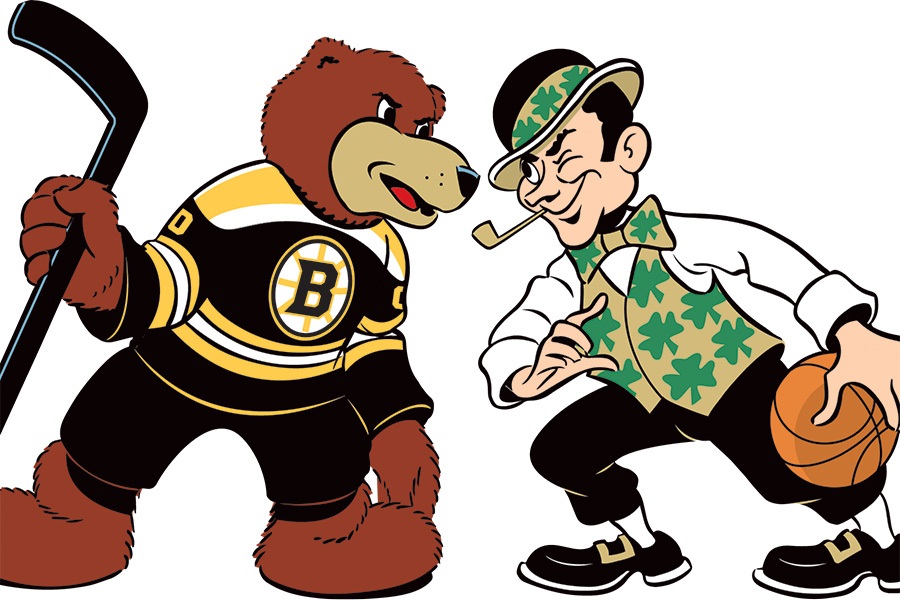 Off-Season Moves: GM Don Sweeney’s Bruins had a good team last season and, unlike the Celtics, didn’t need to rebuild their roster. Instead, Sweeney scored deals by re-signing star defensemen Charlie McAvoy and Brandon Carlo, setting us up for another Stanley Cup finals appearance.

Mascots: The Bruin, an archaic Dutch word for “brown bear,” has sharp claws, powerful jaws, and is remarkably agile—capable of knocking down, or even killing, its enemies to protect its cubs. And is there anything more intimidating than a big, mean bear on skates?

The Numbers: The Bruins ranked 17th in the NHL last season in average home attendance at TD Garden, but they crushed it on the road as the most popular draw of any visiting squad in the league. Last winter, Forbes valued the team at $925 million, with $191 million in revenues.

Celeb Fans: Denis Leary, John Krasinski, Conor McGregor, and most of the Dropkick Murphys…if you can find any more, let us know.

The Finals: We made it to Game 7 of the Stanley Cup finals last season and nearly won the whole thing!

Off-Season Moves: All hail Danny Ainge! Sure, Uncle Drew split town, but now that our cagey GM has overhauled the team with promising rookies and top free agents, including three-time NBA All-Star guard Kemba Walker, we may have everything we need to win our 18th banner.

Mascots: The Leprechaun is a magical Irish elf known for mending shoes and playing tricks. The Celtics’ version is one of only a few mascots in professional sports who doesn’t wear an oversize plush costume, and even though his name is Lucky, he isn’t related to the charming little guy on your favorite box of breakfast cereal.

The Numbers: The C’s placed 11th in the NBA in average home attendance and third in road games. Still, according to Forbes last year, the team was valued at $2.8 billion, with revenues of $287 million.

The Finals: We made it to the Eastern Conference finals two years ago before fading in the second round in 2019. It’s only fair to have to watch the other home team occasionally make an exciting playoff run, right?