Jim McGovern Opens Impeachment Vote: “This Is a Sad Day for Our Country” 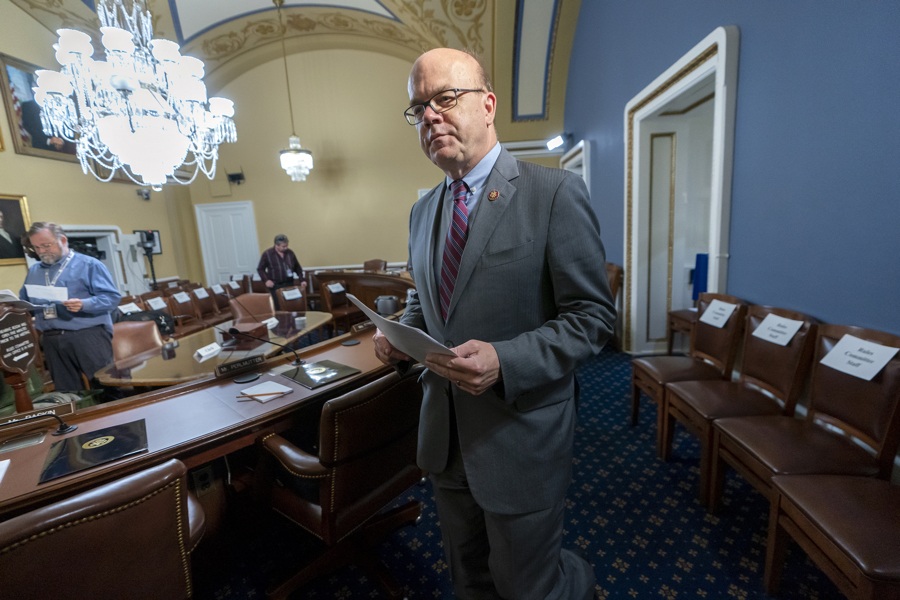 Before the House’s big vote to formally launch a public impeachment inquiry, Massachusetts Rep. Jim McGovern kicked things off on a solemn note.

“Madam Speaker, this is a sad day for our country,” the Democrat from Worcester, who heads the House Rules Committee, said Thursday morning before a vote on a resolution setting the rules for the process for holding open hearings. “For all the disagreements I have with President Trump—for all of his policies, his tweets and his rhetoric that I deeply disagree with—I never wanted our country to reach this point. I do not take any pleasure in the need for this resolution. We are not here in some partisan exercise, we are here because the facts compel us to be here.”

My opening remarks as the House of Representatives begins consideration of H.Res. 660, a resolution to ensure transparency, enable effective public hearings, and provide important due process protections for the President as our impeachment inquiry moves forward. pic.twitter.com/P4sdacmfuB

While he’s apparently mournful about this whole thing, McGovern has been on board with launching an impeachment inquiry since May, making his feelings known in an episode of the WGBH podcast The Scrum in the wake of the release of the Mueller Report. As you can see in our handy impeachment guide, he was among the state’s early backers of the process. “We’re beyond talking about this in terms of political implications,” he said at the time. “We have to do what’s right.”

Thursday’s hearing, held in full view of the public, comes after weeks of closed-door testimony that has drawn the ire of Republicans, who complain that Democrats are conspiring improperly and in secret to oust the president. But in an an op-ed in the Boston Globe today, McGovern vowed to “confer due process rights for both the president and the minority party.”

“Some on the other side will never be satisfied with any process that uncovers the truth of what the president did,” McGovern continued in his opening remarks, adding, “None of us knows whether or not President Trump will be impeached or convicted. Only the facts and how we respond to them will dictate the outcome. But I truly believe that 100 years from now, historians will look back at this moment and judge us by the decisions we make here today.”