The Rise and Fall of Seth Moulton’s Witch Hunt Joke

The congressman is getting diminishing returns on his Salem quip. 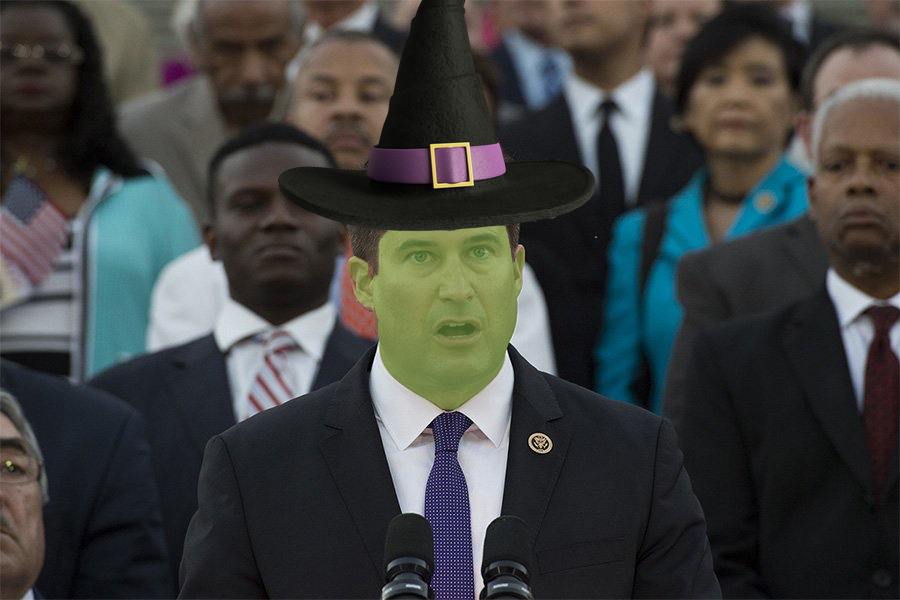 Two years ago, Seth Moulton had what was arguably the single most unambiguously clout-boosting moment of his political career, at least as such things are tallied these days, when he and/or his social media team unleashed a banger of a tweet.

Here was the tweet, which came as the president was loudly dismissing the then-ongoing Mueller inquiry as a “witch hunt.”

“As the Representative of Salem, MA, I can confirm that this is false,” he wrote.

As the Representative of Salem, MA, I can confirm that this is false. https://t.co/8yJIzZBSE8

The succinct, solid joke was a hit. Soon, it had been retweeted nearly 150,000 times, a remarkable feat for the site, achieved by only the most influential of tweets.

On Halloween of that year, after Trump and his allies kept beating the “witch hunt” drum, his office followed up with a tongue-in-cheek guide to determining whether a witch hunt is in fact underway:

Step 1: Are you an actual witch? Symptoms include being able to fly on a broomstick, cast evil spells, or being surrounded by flying monkeys.

Step 2: Are you being hunted by an angry mob because you are an actual witch? Identifying traits include torches, pitchforks, and hordes of angry villagers.

A year later, the lure of those sweet, sweet RTs proved too strong, and Moulton could not resist going back to the well on this one again. Roughly the same joke reared its head again in response to a tweet from bumbling Trump lawyer Rudy Giuliani about how even the Salem Witch Trials “didn’t use anonymous testimony.”

“I still represent Salem,” Moulton wrote, “and this still isn’t a witch hunt.”

👋 I still represent Salem, and this still isn’t a witch hunt. https://t.co/ePB3nVnKLl https://t.co/SGt3RWGgzZ

On the second pass, the joke garnered only a few dozen retweets, meaning it had one-two-thousandth the impact of the first one.

Cut to January of this year, while Trump was sounding off about how CNN’s footage of the arrest of Roger Stone was further evidence of a “witch hunt,” and The Joke was back again:

You’d think that would be the end of it. But much like a zombie in a horror movie, The Joke refuses to die. With the spooktacular season in full swing today, Moulton gave it one last try on Halloween, as Trump once again moaned on Twitter that the now-official impeachment inquiry was in fact “The Greatest Witch Hunt in American History!”

Again we go to Moulton: “The people of Salem would like a word…” he writes.

The people of Salem would like a word… 🧙‍♀️ https://t.co/tkYvaTTLHN