Dust off Your Parka: Boston May See Snow This Week

Meteorologists say temperatures are about to drop significantly. 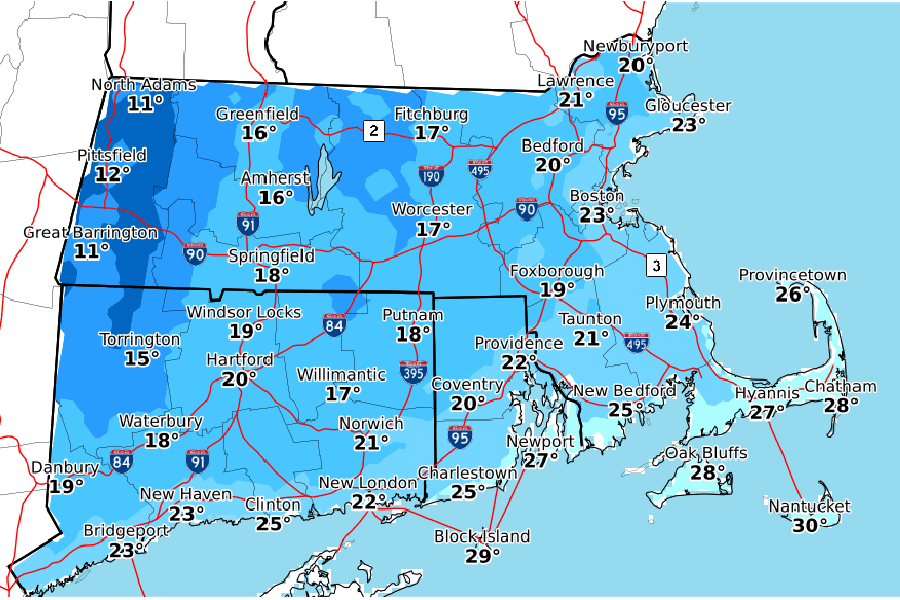 [Thu Night into early Fri AM] Appears mainly just a period of rain Thu night/early Fri. A bit of snow is possible in the high terrain, but any accums will likely be minor. While changes can still occur, the odds of 1″+ of snow are rather low outside the highest terrain of MA. pic.twitter.com/kdKQDSTFcx

Well, Boston, the Dark Times have officially arrived, bringing 4:30 p.m. sunsets, so much coughing on the T, and the promise of icy air and snow. Whether it made you groan or cheer, you probably noticed that the first snowflake icon of the season has popped up on your weather app. Our first chance of seeing some powder on the ground comes Friday, with Weather Underground predicting a 50 percent chance of precipitation. However, meteorologists with the National Weather Service say that there’s still a lot of uncertainty in the forecast.

Basically, precipitation of all sorts is still on the table. There could be rain, there could be snow that falls and melts thanks to the warmth retained by the ground, or there even could be some accumulation. It’s “not out of the question” that some regions could see several inches, Nocera says, but those regions will probably be higher elevation areas in the western part of the state, like the Berkshires and Worcester Hills.

Precipitation will likely begin around the Thursday evening commute, with the potential switch to snow occurring early Friday morning. If flakes do fall, they may impact the Friday morning commute—but again, there is still a lot of room for this forecast to change.

One thing is for sure, though, Nocera says: While this week will feel pretty comfortable, there will be a steep drop in temperature overnight Thursday, making Friday feel really, really cold.

“Given that it’s been such a mild fall, this will really be a shock to the system,” he says.

The normal high for November 8 and 9 is around 55, but this weekend, Nocera predicts we’ll see highs nearly 20 degrees colder, around 37. On top of that, there will likely be gusty wind that, at its most intense on Friday night, could reach speeds of 20-30 miles per hour.

Nocera advises keeping an eye on the forecast in the coming days for more clarity on how much, if any, snow is coming, and when. Regardless of what happens from a precipitation perspective, though, layer up if you have to go outside Friday—while temps might not look too scary, you’re going to feel a difference.