She's the only member of the Squad to go for the Massachusetts senator. 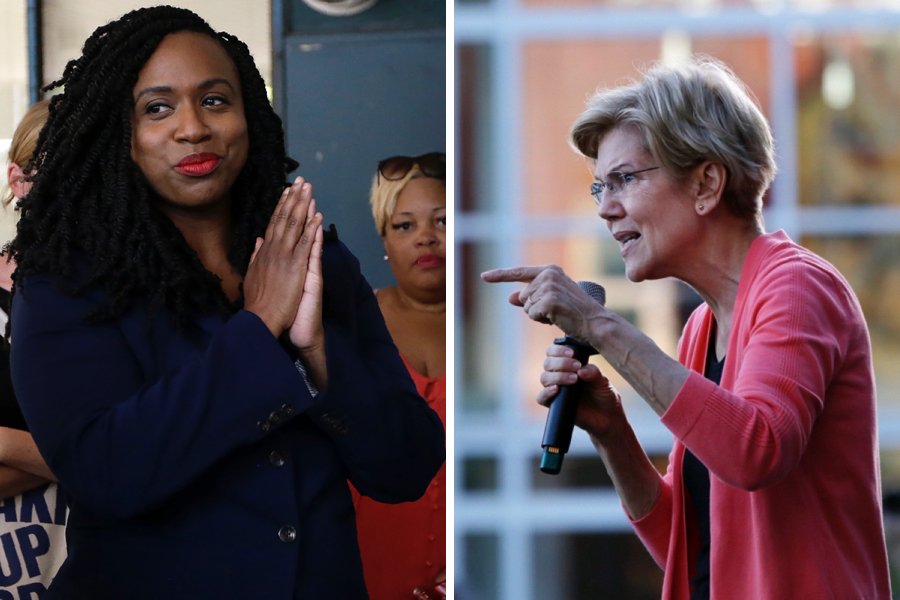 Breaking with the other influential progressive Congresswomen in the so-called Squad to stand with a local ally, Ayanna Pressley has just endorsed Elizabeth Warren.

Pressley, whose decision on who to back in the presidential primary had been highly anticipated, announced her support for the Massachusetts senator in a video Wednesday afternoon.

“For Elizabeth and for me, power belongs in the hands of the people. That’s why she’s fighting for fundamental change that restores power to those who have been left behind and centers those who’ve never had access to it in the first place,” she says in the minute-long clip. “I’m proud to call her my senator. I can’t wait to call her our president.”

Other members of the Squad—Alexandria Ocasio-Cortez, Ilhan Omar, and Rashida Tlaib—have each endorsed Bernie Sanders. But Pressley had been quiet about who had her support, batting away questions from reporters about her leanings even this week.

Her announcement came the morning after Boston’s 2019 City Council election, where she made a name for herself before the start of her high-profile stint in Congress. Pressley had also campaigned on behalf of a few chosen candidates.

Most recent polling shows Warren ahead of her rivals by a considerable margin in Massachusetts. Nationally, polls show she’s in a battle for the top spot with Sanders and former Vice President Joe Biden.

Pressley is expected to join Warren on the campaign trail on Thursday, when the senator travels to North Carolina.