13 others who were in the restaurant required medical attention. 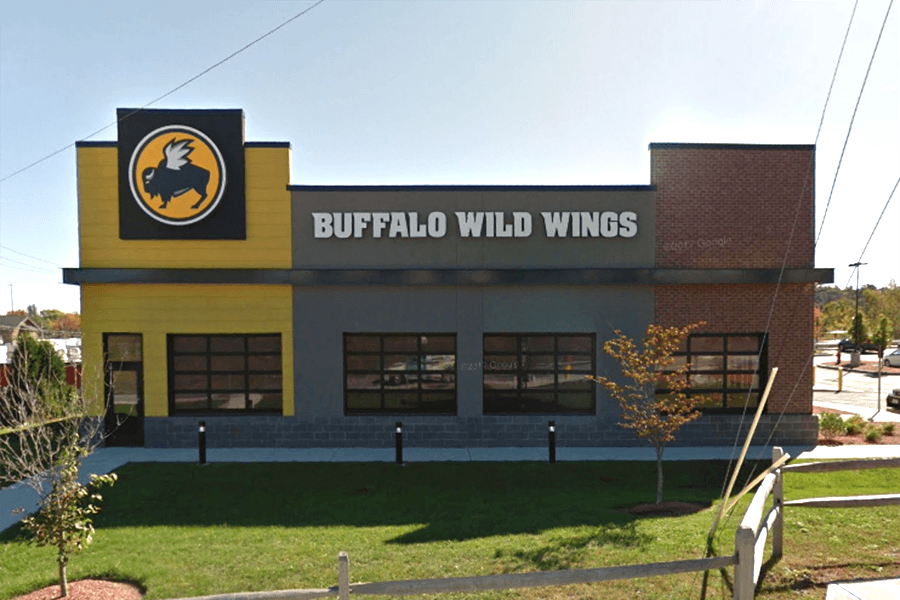 Update, 11/8/19 3 p.m.: The victim of the incident has been identified as 32-year-old Ryan Baldera. He was recently married and the father of a newborn, sources say.

After an employee inadvertently mixed a toxic cocktail of chemicals on the kitchen floor, the general manager of Burlington’s Buffalo Wild Wings restaurant has died, the Burlington Fire Department reports.

The manager, who has not yet been identified by name, was trying to scrub the cleaning agent from the floor when he inhaled the fumes and began suffering severe shortness of breath. While he was able to make it outside the restaurant, he was in serious condition when the fire department arrived, and later died at Lahey Hospital.

13 other individuals who were at the restaurant, two of whom were patrons, also sought treatment. Four or five of them were held overnight, according to Burlington assistant fire chief Michael Patterson.

According to Patterson, the cause of the freak accident was a chemical spill. An employee opened a bottle of Super 8, a common sanitizer made from sodium hypochlorite, and began to clean the floor with it. However, the worker was unaware that Scale Kleen, a de-scaling product that is 51 percent acid, had spilled on the floor. When the worker inadvertently mixed the two products with a push broom, the mixture turned green and bubbled, becoming a dangerous toxic substance, Patterson says. The worker, whose eyes instantly began to burn, fled outdoors. The now-deceased general manager was attempting to “squeegee” the product out of the area when he became exposed to the toxic fumes.

As the chemical smell began to infiltrate the restaurant, patrons were immediately evacuated.

The Burlington Fire Department also called the Hazardous Materials Emergency Response Division to the scene, who ruled the incident a Tier 1 (out of 5, the worst rating). Five HazMat technicians entered the restaurant in protective equipment, including breathing apparatuses, to meter the air quality. They placed a neutralizer on the kitchen floor to ensure that no toxic chemicals remained.

The restaurant will have to go through the Burlington health director before reopening. The death of the restaurant’s general manager is still under investigation by the state medical examiner.