Did Mike Pence and New Balance’s Jim Davis Have a Fancy Car Summit in Allston?

Looks like the vice president may have stopped by to ogle the CEO's car collection this week. 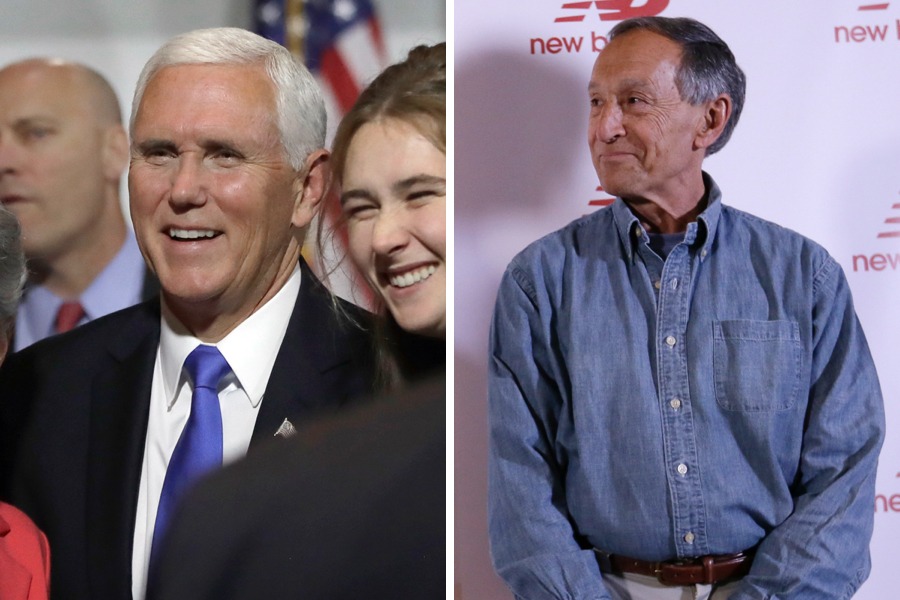 The sight of a presidential motorcade making its way through Boston turned quite a few heads, as a horde of motorcycle cops and armored vehicles appeared more or less out of nowhere.

As it turns out, the procession was for Vice President Mike Pence, who was passing through the city on his way back to Washington after a stop in New Hampshire to register the president for the primary.

But before he made it to Logan, Pence may have squeezed in some time to visit the garage where Jim Davis stores his fancy car collection. At least that’s what’s being reported by WGBH’s Tori Bedford, who tweeted the details about Pence’s visit to a property owned by Davis’ NB Development.

Not long after, WBZ’s Andrea Courtois heard the same thing:

Neither Pence’s office nor New Balance have responded to requests for comment.

The impromptu car summit would have come just a day after a visit from First Lady Melania Trump to Boston Medical Center, which was met with a protest from staff members.

If true, the get-together isn’t all that surprising. Davis is an influential local figure and one of the wealthiest people in Massachusetts, who very well might host a D.C. dignitary, and maybe talk U.S. trade policy while showing off his fleet of vintage rides. Plus, Davis has been a top-dollar Trump donor, including handing over nearly $400,000 to the Trump Victory PAC in 2016. New Balance has even taken heat in the past for even hints of chumminess with the Trump administration. During the maelstrom that followed the 2016 election, the company sparked a gigantic backlash when a New Balance executive said he thought “things are going to move in the right direction” with Trump in the White House. Then, in just a matter of days, the athletic wear company found itself in the unenviable position of having to reject the support of neo-Nazis, who had declared it “the official shoes of white people.”

But then again, sometimes you just want to talk cars with your buds!