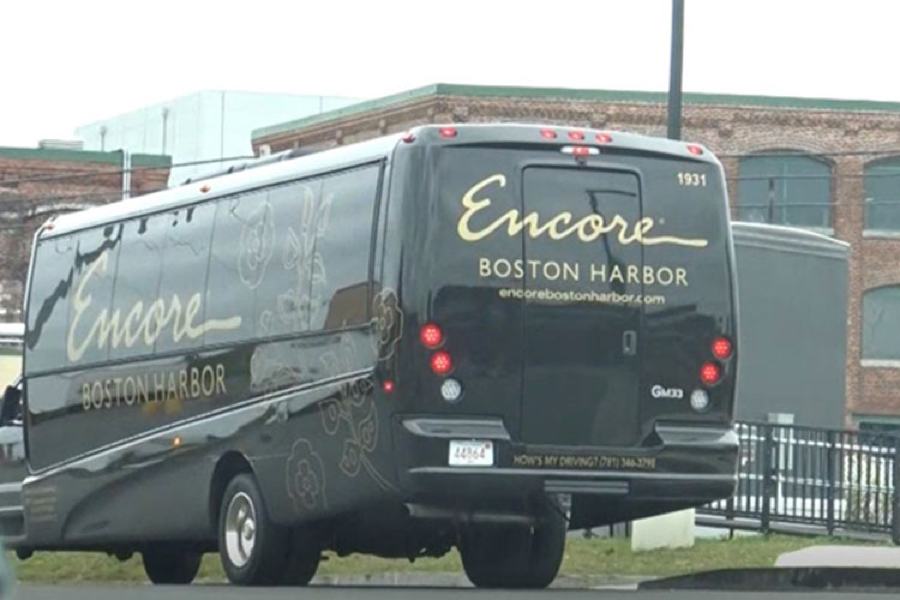 The Encore Boston Harbor’s fleet of shuttle buses, which have been carrying gamblers to its Everett casino since it opened in June, are illegally pumping toxic fumes into the air while idling, a Massachusetts environmental group says. So unless things change, it intends to sue.

The Conservation Law Foundation on Wednesday announced plans to file a lawsuit against Wynn Resorts, which it accuses of allowing bus drivers to idle past the five-minute maximum at shuttle stops, thereby violating the Clean Air Act. That is, unless the resort comes up with a plan to cut it out to the group’s satisfaction within 60 days.

“The casino is a brand-new neighbor, and it’s already wearing out its welcome,” Alyssa Rayman-Read, vice president and director of CLF Massachusetts says in a statement. “There’s no excuse for shuttle buses sitting in already-vulnerable neighborhoods pumping toxic fumes into the air. These companies must prove that they care about the health of their neighbors and put an end to this dangerous, unlawful idling immediately.”

A Wynn Resorts spokesman tells the Boston Globe the company has spoken to its shuttle contractor and “will work with them to ensure compliance.”

The Clean Air Act prohibits long-duration idling, which it defines as keeping an engine running while not in gear, even if a driver is behind the wheel. Massachusetts state law says it’s illegal to idle “for a foreseeable period of time in excess of five minutes,” and violations can be punished by $100 for a first offense, or $500 for subsequent offenses.

In a letter to the company sent November 8 declaring it intends to sue after 60 days, the CLF says it “will seek civil monetary penalties up to $99,681 per day for each Clean Air Act violation. In addition to Wynn Resorts, the group targets contractors Academy Express, LLC, DPV Transportation, Inc., and Boston Charter Bus, LLC. Also on Wednesday he CLF also announced plans to sue the Paul Revere company, another shuttle service that operates in Boston, over alleged idling violations.

Pollutants can irritate the lungs and have been associated with asthma, heart disease, cancer, and other ailments. As the CLF points out, the state population has a relatively high incidence of asthma: 10.5 percent, compared to 8.2 percent nationwide.

The Encore also faced a class action suit in July over allegations that the casino was illegally withholding a portion of blackjack winnings. The Massachusetts Gaming Commission has said in response that it does not believe Encore’s blackjack policy breaks any rules.