Rest in Peace to the Cursed Dunkin’ Double Cup

It'll be gone for good by the end of the month. 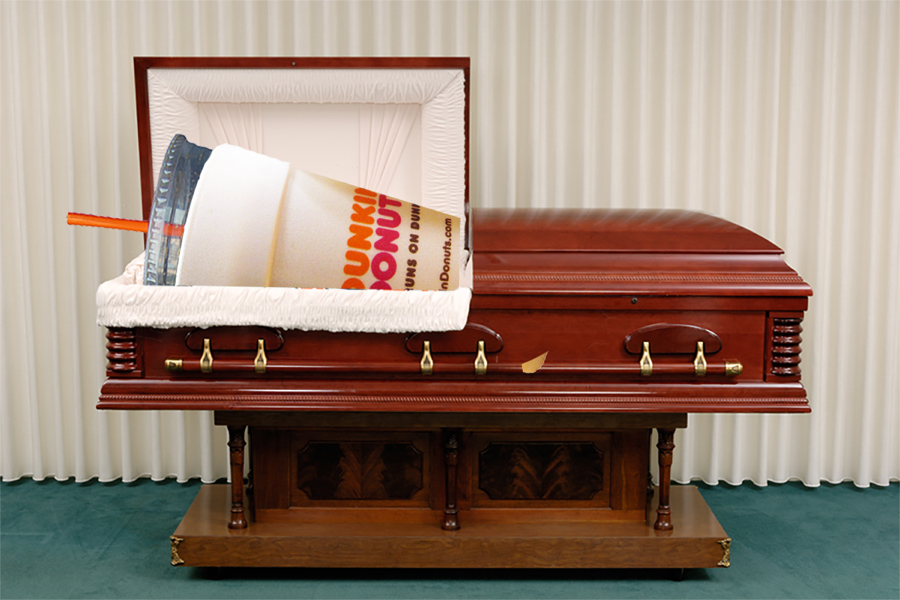 For untold years, the nation’s most shameless Dunks customers have been requesting that their plastic iced coffee cups come sheathed in an additional layer of trash: a foam cup. It’s a technique designed to insulate the drink and protect the drinker from cold and condensation, and it’s come to be known as the “Double Cup.”

According to legend, it first became popular after an apparent landfill enthusiast in Rhode Island dreamed it up.

And as of December of this year, it’s finally dead.

Two years after it first announced its plans to eliminate its polystyrene cups and replace them with double-walled paper ones by 2020, Dunkin’ says it’s on track to go foam-free in New England by the start of December. The new paper cups, which took a decade (!) to design, do not fit around the iced coffee cups like the foam ones do, so it’s curtains for the stupid and wasteful practice.

Right now 70 percent of Dunkin’ stores are paper-only, but the company says in a blog post today that it plans to eliminate foam at the rest of its U.S. locations by the end of the first quarter of 2020. Which is a good thing, because as you know foam products are an environmental menace that last for hundreds of years in landfills, pollute oceans, carry toxins, and so on. Dunkin’ has estimated that the move will keep a billion foam cups out of the trash each year, which adds up to about 19 million pounds of the cursed substance.

Because this is apparently a difficult pill to swallow for a lot of Dunks regulars out there, the company on Friday announced it’s rolling out a new ad campaign aimed at assuaging the double-cuppers of the world.

“The regional campaign will advise customers that not all relationships—like that of iced beverages with the foam cup—are sustainable and that it is finally time to ‘break up with the double cup,'” a Dunkin’ spokeswoman tells me in an email. So be on the lookout for billboards with phrases like “consciously un-cup-ling” and “iced. delicious. single.”

Rest in peace. And good riddance.

In case you want to say some final words, the Globe appears to be soliciting remembrances on its website via voice memo. 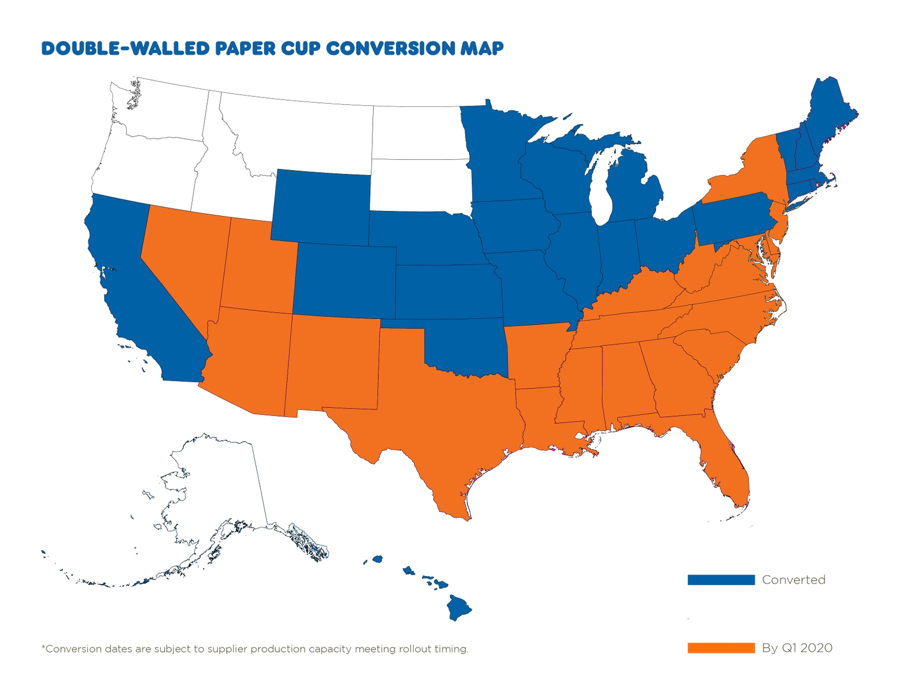 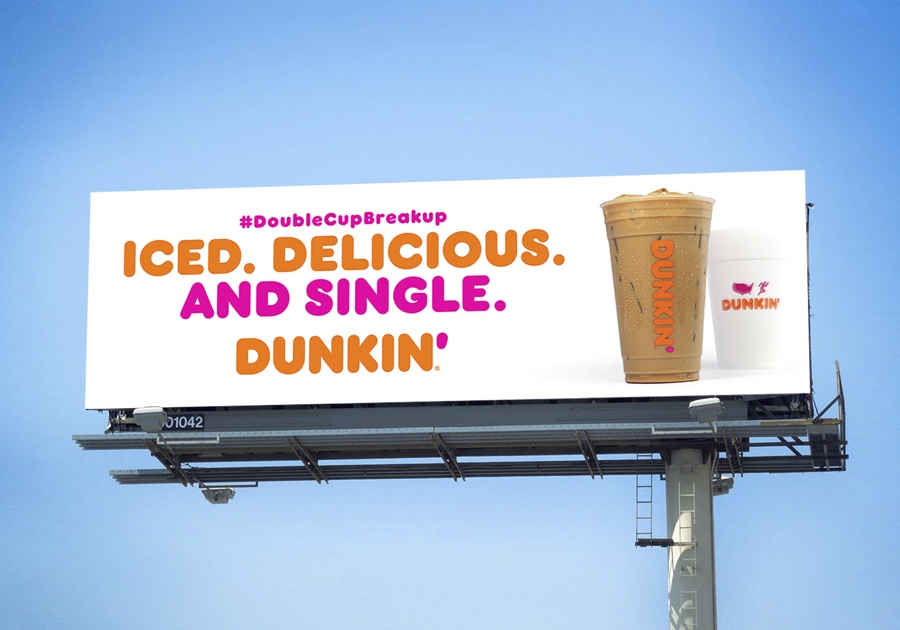