How to Save Transportation in Boston: Bikes

It's time to start building bike lanes, sharing helmets, and encouraging commuters to ditch the engine for the pedal. 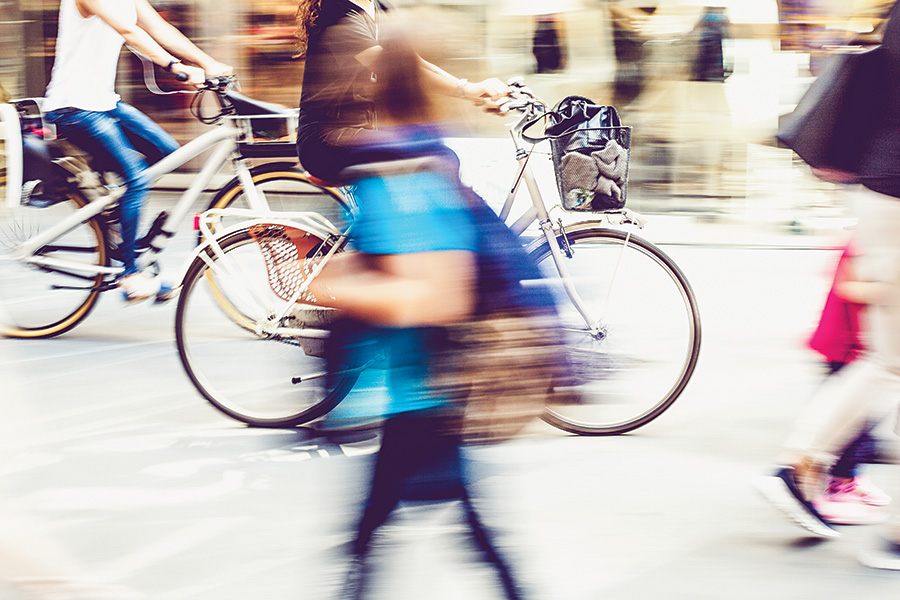 If we’re serious about getting more people on bikes in Boston, it will require an investment in neighborhoods south of downtown. There’s a huge opportunity to use Franklin Park, a large, centrally located oasis from car traffic, as a nexus to make biking to school and work available and accessible.

I grew up near the entrance to the Franklin Park Zoo, so Franklin Park was my backyard, and a really important resource to me. It’s surrounded mostly by working-class communities of color. There’s an assumption that people of color don’t bike, but we don’t think about why. We need to change that dynamic, with a solution that involves infrastructure, education, and community engagement. If people knew that Franklin Park was more accessible to bicycles, they would use it—not only for recreation, but also to get from place to place. There are also opportunities to redesign corridors linking to Franklin Park, such as Blue Hill Avenue.

Park&Pedal is similar to Park and Ride, but instead of buses and trains, it uses bikes and e-bikes. We have 27 locations across Massachusetts, mostly on public properties around the Boston area, where you can park your car and bike the rest of the way to work. People bring their own bikes, but we are expanding the program to include rental bikes and e-bikes.

You use the most efficient mode of transportation for each leg of the journey: When you’re out in the suburbs with open roads, you’re driving; when you’re approaching the city where congestion is king, you’re flying past the gridlock pretty steadily on a bicycle.

On good days, we have 1,000 people riding—that’s 1,000 vehicles that are not going into downtown Boston, Kendall Square, or Longwood. It’s greener, it’s healthier, it’s predictable, and it’s less expensive, but the bottom line is it’s getting people out of their cars and reducing congestion.

We should not only continue investing in bike lanes, but also encourage a more accepting culture around them.

Traveling in Europe makes you appreciate just how efficiently a city can run when bicycles and cars coexist in harmony. For instance, Vienna, Austria, is widely regarded as one of the most livable cities in the world. Having just visited there, I can attest that part of Vienna’s appeal is the seamlessness with which cars and bicycles share the road. In addition to clearly designated bike lanes, there are agreed-upon and observed rules of the road for both cars and bikes. I couldn’t help but stare as I watched an entire pack of cyclists wait for a light to change before pedaling across an intersection—this despite the fact that there wasn’t a car in sight in any direction. If that was in Boston, I have no doubt that at least half of those cyclists would have blown through the light—myself included!

I’ve been so happy to see the recent increase in bike lanes and hope it continues. The more bikers on the road, the lighter the car traffic.

I don’t know how bike-helmet rental stations with Bluebike stations would work, but I think there would be more people using Bluebikes if there were helmets available. I don’t always use my bike and wish I could jump on a Bluebike from time to time. But I don’t have a helmet when I’m not on my own bike, so I won’t use them.

The problem with bike infrastructure in Boston is that there will be a stretch that’s great, and then it disappears and you get thrown into traffic. Boston and nearby municipalities need to fill in those gaps and create a region-wide network where cyclists always have at least some protection—something more than drawn-on bike lanes. Paint is not protection. If I did not have prior experience biking in cities before moving to Boston, I would have been terrified to start. It shouldn’t require a certain level of courage; anybody should be able to ride to where they are going without feeling like they’re going to get crushed by a car.

Even I don’t bike to work as much as I used to, because getting from the Longfellow Bridge to Downtown Crossing is a pain, and then getting back onto Longfellow Bridge you’re basically stuck on a street that has three lanes in one direction with no bike lane. And to get to the bike lane on the bridge, you have to cross back over the lanes of traffic. It’s dangerous and scary. We have the technology to fill in these gaps.

The municipalities need to not only build the infrastructure, but also maintain it, keeping the way clear of branches, holes, and ice just like they do for cars. People can bike year round—the cold isn’t a problem. You just wear more layers, like skiing. But when there is ice or snow that hasn’t been cleared, that becomes scary. Often, the snow is plowed in a way that piles it in the bike lane. Or cars park in the bike lane, because snow has been shoveled from the sidewalk into the parking area. Those commitments by the municipalities, to connect the gaps between safe biking corridors and to maintain those corridors year round, must be part of any successful bike infrastructure. Otherwise, you can have a nice ribbon-cutting on a new bike lane, but nobody’s going to use it.

Read more about how to save Boston transportation here.