How to Save Transportation in Boston: Rail

Whether it's electrifying the rails or boosting the MBTA's PR strategy, something has to be done to fix the disarray on the T. 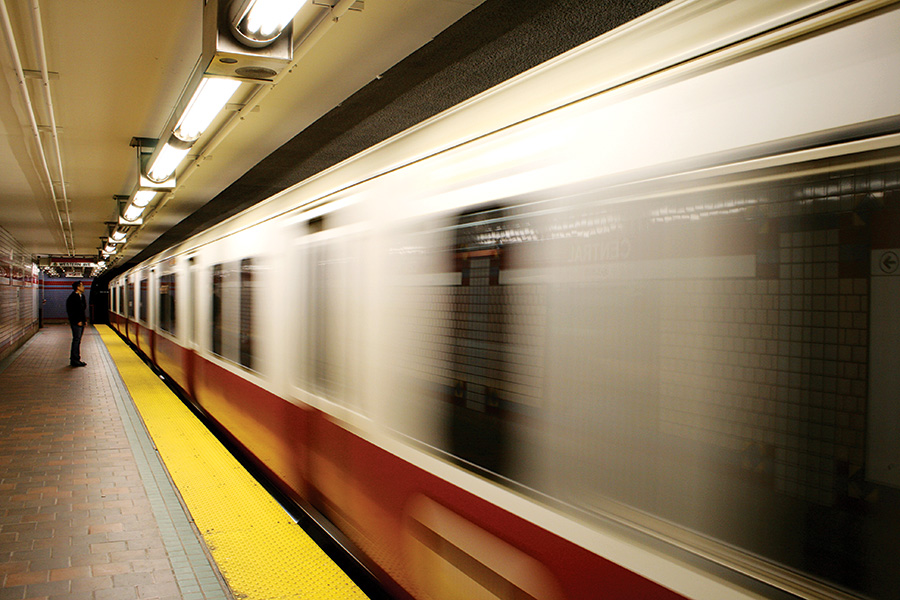 You can’t connect North and South stations with diesel trains running under downtown Boston—you’re basically talking about a mile-long tunnel, and anybody who has ever taken a train out of Back Bay Station knows that Boston has issues with ventilating tunnels. If we want a functional North–South Rail Link, we need to electrify commuter rail on the north–south tunnel. It would open up the capacity of both North Station and South Station and allow the city to create a more regional rail system.

There’s a big up-front cost, but electric trains last longer than diesel trains and run more often. With electric trains, you can also start to talk about subway-like service on the Fairmount Line, which you can’t do right now because you can’t efficiently run a diesel engine for small trains. Electrification could help with the Boston-to-Providence route, because you could run the trains more efficiently and faster. Amtrak already has electric rails there; I’m sure the MBTA would have to work out issues with Amtrak and buy electric trains to replace the diesel ones currently on that route. But as long as I’m dreaming, I’ll include that.

The Grand Junction line is a rail line that already exists, but it is used only for freight, not for consumers. It winds from East Boston through Chelsea, Somerville, Cambridge, and Allston. I want to turn it into a clean electric rail line that connects major parts of the innovation economy that are currently very hard to access point-to-point.

If MassDOT builds West Station as it plans to at Harvard’s new Allston development, connecting it to the Grand Junction rail line would enable fast, clean rail all the way out to Worcester, through all the western suburbs, back into Cambridge, and back out to North Station.

The tracks are laid, the connectivity is there, but we have to enable it. We just have to have the will to say, “Yes, let’s do it.”

The Seaport Needs Public Transportation, Too

Our building in the Seaport District is on fill from the Big Dig. We’ve been here since 2004, so we were here before the onslaught of all these new condos, hotels, and office buildings. It’s nice to see all the new activity, certainly, but there really wasn’t a lot of thought given to a traffic-mitigation plan. Hindsight is 20/20, but knowing what we know now, during the time of the Big Dig it would have been nice if they’d put in subway tunnel service to the Seaport District.

There was a proposal a while back about a gondola. I think we need to reconsider that, because it certainly would be a lot cheaper than putting a subway system in. I think they felt it would alleviate traffic by thousands of people on a daily basis. Short of that, I would certainly rebuild the Northern Avenue Bridge, because at Moakley Courthouse, there’s a bottleneck and it could be alleviated if the bridge were open not just for buses, bikes, and pedestrians, but also for car traffic, maybe only during rush hour in the morning and afternoon. 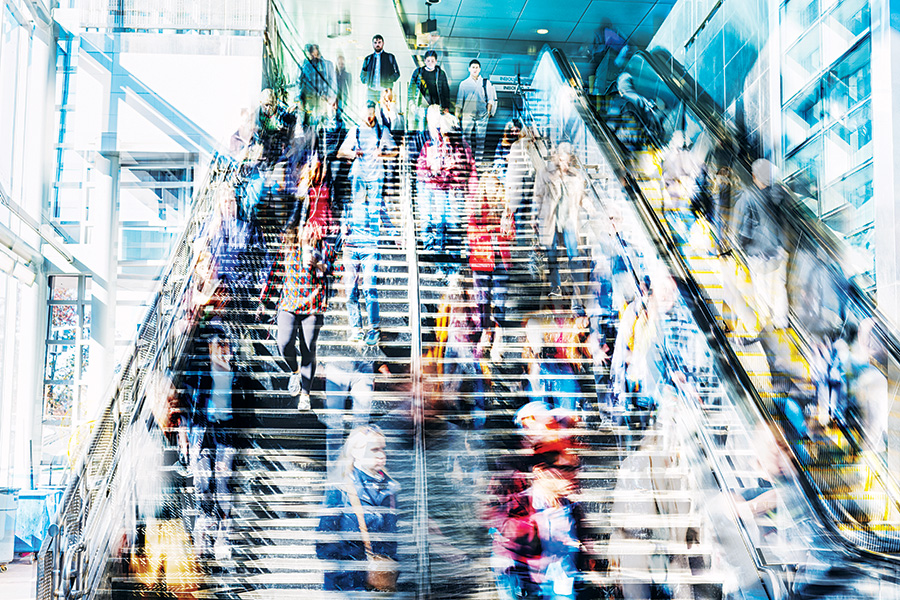 Greater Boston has almost 400 track miles of right-of-way. It’s time for us to step up to the plate and create a bold new plan for this fantastic asset and give ourselves the world-class commuter-rail system we need and deserve. You should be able to live in Swampscott or Quincy, be at a morning meeting in Worcester, and be back at your desk in Kendall Square for lunch.

To do this, it means all-day, bi-directional service; raised platforms, so people can get on and off the trains faster; improved station accessibility; more parking at stations farther out; and electrification replacing diesel.

Greater Boston faces three existential threats right now. One is the impending impact of climate change; two is the housing crisis; and three is congestion. Regional rail is the single biggest thing we can do to solve our housing crisis—we can completely open up areas to both residential and business growth. Then your economic opportunities aren’t tied to where you can get to from where you live, and your housing choices aren’t limited to how you can get to where you work. That would dramatically broaden the regional economy and increase labor mobility. The benefits are jaw-dropping.

It’s going to be expensive—about $30 billion—and that cost is going to feel crazy, because we haven’t done a big infrastructure project since the Big Dig. But the return on investment is so much more massive. The United Kingdom is spending $100 billion on connecting their northern cities to the south; Toronto is just finishing a $60 billion project.

Boston is already a global leader because over the past century we developed this asset and this right-of-way. We’ve let it get underutilized and underinvested, so let’s create the bold capital plan we need to give ourselves this great resource.

Better PR For the MBTA

It would be neat to commission local artists, and possibly Boston public school students, to design public service advertisements for the MBTA, using the phrase “We’re All in This Together.” That phrase contains three Ts, so using the T symbol, they could do different typefaces and arrangements. Then roll them out on buses, subways, and even ferries.

Another approach, which I do with my students in urban-design class, is to have people create haikus based on some aspect of their MBTA experience: the good, the bad, and the ugly. Maybe it’s about a thoughtful conversation with a stranger on the 66 bus or helping an older person with their bag. The MBTA could set up a way for people to vote and display the winning haikus on certain routes. These aren’t going to solve the more grievous problems, but think about it as a campaign to celebrate that shared experience with a bit of public art and some whimsical design. Anything that improves the ride helps.

Build a Hub at Widett Circle

The question is, how can you maximize connections so that not everybody uses just a few hubs such as South Station, Park Street Station, and Government Center? Creating a transportation hub at Widett Circle, between the South End and South Boston, would do that.

A Widett Circle station could let commuter-rail passengers from the southeast get to Back Bay or Ruggles without going all the way to South Station. There are innovative ideas from the Imagine Boston 2030 process for connecting the Red Line to the commuter rail there, with the long-term vision of a Red Line–Blue Line connector as well. And then if we add the proposed revival of the old Track 61 freight line, which runs to the Seaport District, you could get people directly to their jobs there, or onto the Silver Line to Logan Airport, or to the Green Line.

Read more about how to save Boston transportation.