Raise a Glass (?) to the New Irish Pub-Themed (?) Celtics Jerseys 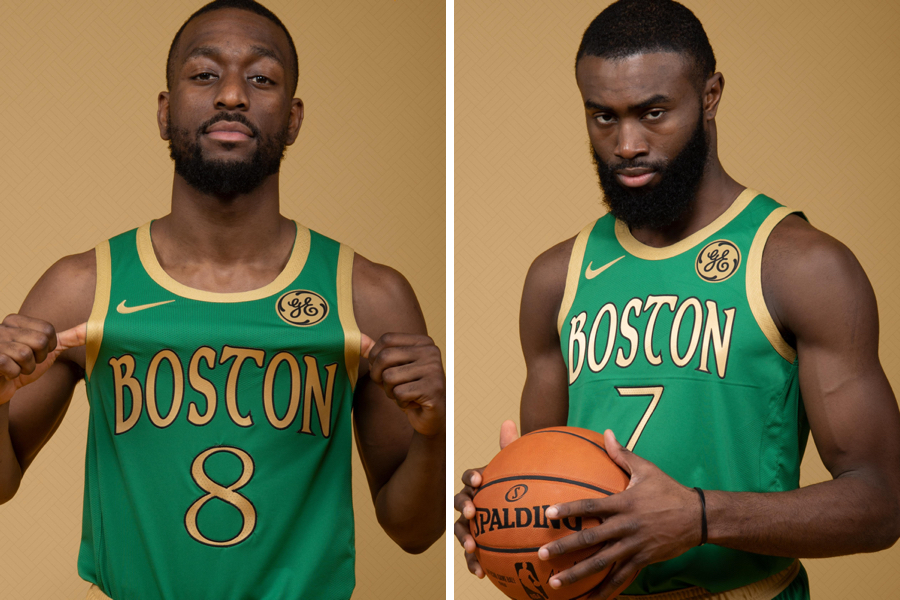 Doyle’s may be dead and gone, but its spirit very much lives on in the Celtics’ new city edition jerseys, which the team revealed today.

The new design, which will be worn a few times during home games in the 2019-2020 season, features black-bordered gold letters spelling out the word “Boston” in a Gaelic font, along with a gold-colored Nike swoop and the GE logo, set against a green background. Enes Kanter appears to have spilled the beans on the new design back in October, but they were officially announced Thursday will be “On-court & at retail” November 27.

And to this set of untrained eyes, in a city packed with historic (albeit rapidly vanishing) Irish watering holes, the things would fit in nicely with the décor at your local. That’s right: You’ve seen framed Celtics jerseys decorating the walls at countless Boston pubs, and now you can observe the general vibe of countless Boston pubs on Celtics jerseys. Imagine that.

On-court & at retail on 11/27 pic.twitter.com/PmNJoCUgkO

The team also released a short hype video along with the jerseys’ rollout, which features scenes filmed in some local spots you’ll probably recognize, including Monica’s and Boston Barber and Tattoo in the North End, and the Everybody Fights boxing gym. (Curiously, no pubs, though.)

For the city #BleedGreen pic.twitter.com/HfdEHFB2Hk

Reviews of the jerseys since the team made the big announcement online Thursday afternoon have so far been mixed. Some reviewers were pleasantly surprised. Others were quick to poke fun at them.

look like the jerseys for the Boston team in a video game where they couldn’t get the rights to NBA team names https://t.co/YGJ4npflek

Finally, the jerseys that say, “I’ll take a Guinness, two Sam Summahs, and a round of fireball shots.” https://t.co/SHT8aO0wtP

I will never understand why it’s so hard to get a good new Celtics jersey https://t.co/gtDHuHoSIa

One rogue C’s jersey designer appears to have really nailed it, though. Maybe next time get them on the payroll:

I propose a new City Jersey for Boston.

If you know, you know. pic.twitter.com/okBqqT44US

Ah, which local Irish pub is sponsoring the Cs this year? https://t.co/tRuN7zyaoH