The man, located in the waters off Martha's Vineyard, was miraculously rescued by a Coast Guard helicopter. 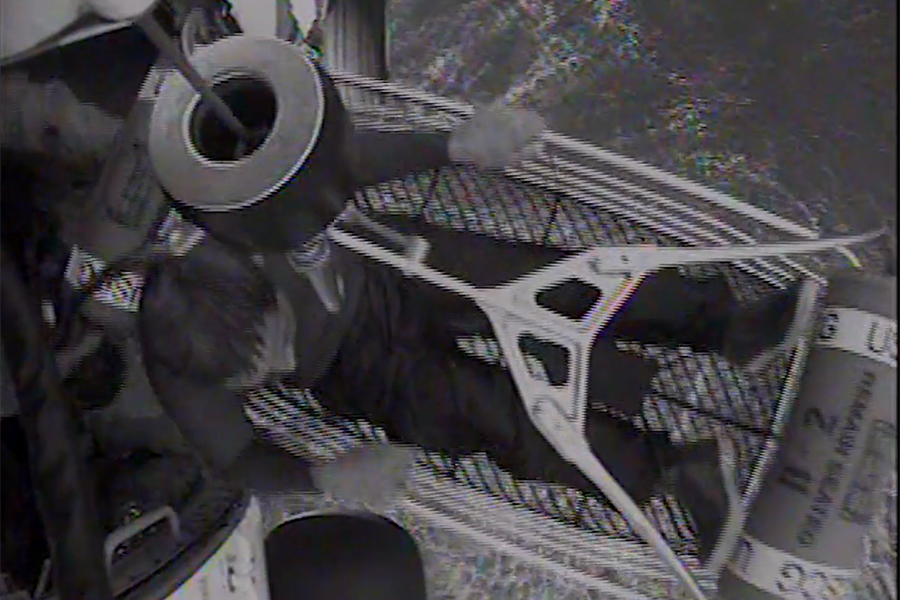 Saturday, a team of four commercial fishermen set out from New Bedford on the Leonardo, a 56-foot, 52-year-old scalloper, in spite of an inclement forecast. The trip would be the Leonardo’s last—battling massive waves and high winds, the boat capsized and sank Sunday afternoon about 24 nautical miles southwest off of Martha’s Vineyard. Three of the four men aboard are presumed lost, according to New Bedford’s Standard-Times, which identified the missing as Mark Cormier Jr., the boat’s captain Gerald Bretal, and Bretal’s son Xavier Vega.

One man, however, did survive the terrifying incident. Identified by the Standard-Times as Ernie Garcia, the lone fisherman was rescued from a lifeboat by a helicopter around 5 p.m. Sunday, two hours after the Leonardo first sent out a distress signal. A video posted by the Coast Guard, which you can see below, shows the miraculous rescue in action. First, a basket is lowered from the air into the water, followed by a rescue swimmer on a rope. Shortly after, the basket returns with a stiff, shaking man who is not wearing a life jacket, and he and the rescue swimmer are pulled into the helicopter. The owner of the Leonardo says the fisherman is now in the hospital.

Coast Guard crews from Air Station Cape Cod used the helicopter, an 87-foot cutter Cobia boat, and a 270-foot cutter Escanaba boat to search for the three men who are still missing. However, the Coast Guard officially suspended its search for Cormier, Bretal, and Vega Monday evening.

#Update: @USCGNortheast crews have suspended the search off Martha’s Vineyard pending further developments. NOK notifications have been made.

Watch video of the sole rescue from the Leonardo below.