The WooSox Names That Didn’t Make the Cut, Ranked 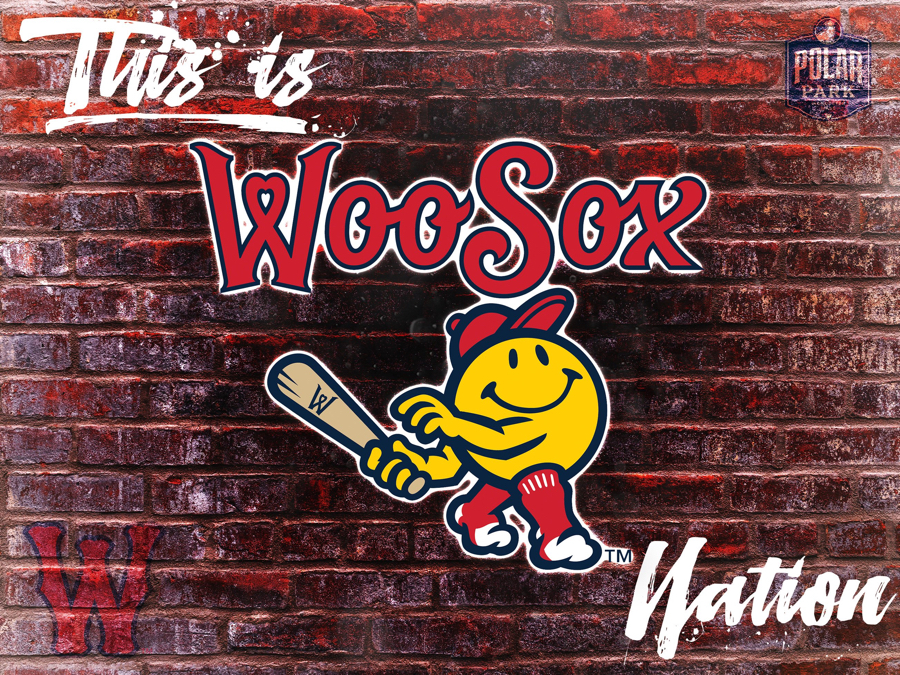 Let’s face it: It was always gonna be WooSox. It’s tight and concise, it’s fun, it makes perfect sense, and basically everyone was already calling the team that anyway. But on Monday night, the Worcester Red Sox made the nickname official: As expected, the club that fans will see playing at Polar Park will be the Worcester WooSox.

At a ceremony for the big announcement, team owners also revealed the new mascot, a baseball bat-wielding, sock-wearing smiley face named Smiley Ball. It’s of course a reference to the fact that Worcester native Harvey Ball invented the smiley face in 1963. And its stance in the batter’s box, according to the team, is modeled after Sox sluggers Ted Williams and David Ortiz. The team’s font includes a tiny heart in the “W,” which is a nod to Worcester’s nickname “The Heart of the Commonwealth.”

Good stuff all around.

But what’s fascinating to me is what might have been, had the top brass taken advice from some of the 1,000 people who submitted their own ideas for team names this month amid a big suggestion-gathering effort in the city. The Globe got its hands on the list of all 218 of those ideas, offering us a peek inside the psyche of the soon-to-be local WooSox fans. Here are the best, the worst, and the worst-of-the-worst they came up with:

Canaligators: I will be saying this word all day long now thanks!

Candlepins: Love it and frankly I wish we’d gotten more niche sports references on the list. Is it too late to suggest Bocces? Bocce Boys?

Green Bananas: I’m on board with this because I like the creativity, but can someone explain the reference?

Mudville 9: A reference to a local poetry legend and you love to see it.

Space Cowboys: Honestly wish they’d thrown a serious curveball and gone with this one.

Claws: Bonus points for defying convention and focusing not on an animal but on a body part.

Damage: I think I caught a Damage show at the Palladium upstairs back in 2006.

Gritty Kitties: Into it, but there’s already a Gritty in the sports world who’s a very tough act to follow.

Hilltoppers: Not a bad idea, but imagine the jerseys: Like the Rockies, but round?

Ruby Legs: This one makes me uncomfortable but is a callback to a nickname for the 19th Century Worcester Worcesters, so gets a bump in the rankings.

TableTalk Sox: Some free advertising for another beloved local company with an equally beloved rogue Twitter presence? Sure.

Tornadoes: Too much overlap with the Omaha Storm Chasers—a badass name that rocks—but historically relevant, so nice try.

Bravehearts: Also taken (and they have “The Clap”).

Canalians: It’s either Canadians from space or Canadians who live in canals and either way, not good, chief.

Firefighters: I get the sentiment, but you gotta be more creative than that.

Duck Boats: When was the last time you saw a Duck Boat in Worcester?

Ice Bears: I miss the Ice Cats as much as the next guy, but we have a word for “ice bear,” and that’s spoken for, in that we already have Polar Park. Other no-good options on the list include Polar Sox and, worse, PolSox.

Islanders: Gibberish. Now Busta Rhymes Islanders? That I can get behind.

WarSox: Picturing a tube sock with an AK.

Wicked Awesomes: Do you people even live here.

Wista Twistas: The worst of them all?

WooStirs: Nope, this is worse.