A Year in Review: The Most Memorable Stories of 2011

Bruins and Whitey and Sal, oh my! 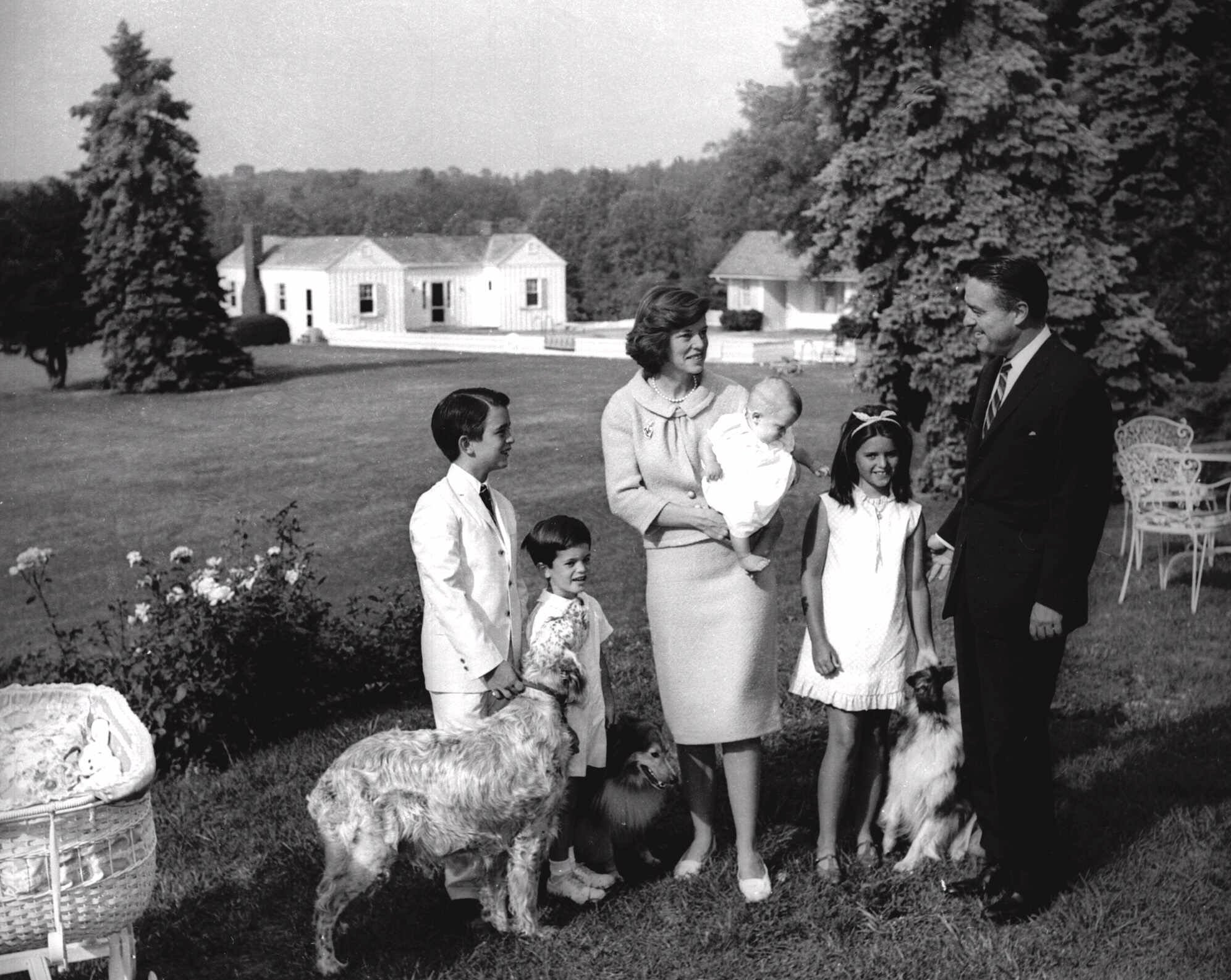 Sargent Shriver, right, director of the Peace Corps, stands with his family and their pets at their home in Maryland in this undated photo. Photo via AP Photos/B.H.R.

The Greatest Kennedy Generation Loses Another

Known throughout the 1960s and beyond as a great protector of the less fortunate, R. Sargent Shriver died on January 18. He not only was the first leader of the Peace Corps, but he also founded crucial programs like Head Start and Job Corps. He was married for 56 years to Eunice Kennedy Shriver, sister to Jack and Bobby and Teddy, who made her great contribution to public service by founding the Special Olympics.  Together they raised five kids, including TV anchor Maria Shriver, who continues to lead in public service through organizations like the Special Olympics, Best Buddies, and Save the Children Action Network.

Mayor Tom Menino was known for many things over his 21 years in office—attending every single event in the city, bringing the Democratic National Convention to town in 2004, keeping the scourge of voicemail out of City Hall—but these days you can see one of his most humble yet valuable contributions all the time on city streets. On April 21, 2011, he signed the contract to launch the Hubway bike-share program (now known as Bluebikes), with an initial number of 600 bicycles available. Today, there are 3,000 all over the central Boston area.

The Seaport Gets a Game-Changing Tenant

Not so long ago, the Seaport was just emerging from its dreary existence as a sea of parking lots. Mayor Menino had designated the area the Innovation District just the year before. But on May 5, the hype got real when Boston convinced Vertex Pharmaceuticals to leave Cambridge’s vaunted innovation hub to signed a 15-year, $1.1 billion lease at Fan Pier. It was the first time that Vertex’s thousand-plus Boston-based employees could work in the same space, which totals 1.1 million square feet. Since then, the company has had successes with treatments for rare diseases and cystic fibrosis and is working on CRISPR gene therapies. The Seaport boom started here.

After the Sox, Pats, and C’s win trophies in recent years, the B’s finally got in on the championship action. For two months in April and June, our hometown hockey heroes worked their way through Montreal, Philadelphia, and Tampa Bay to meet the Vancouver Canucks in the Stanley Cup Finals. The series was brutally physical, even resulting in Bruins forward Nathan Horton being immobilized and rushed to the hospital after a rough hit early in Game 3. Horton’s injury soon became the rallying cry for the Bruins, who finally prevailed in a deciding Game 7 on June 15, shutting out Vancouver 4-0. It was our first NHL championship since Boston legend Bobby Orr knocked off the New York Rangers in 1972. 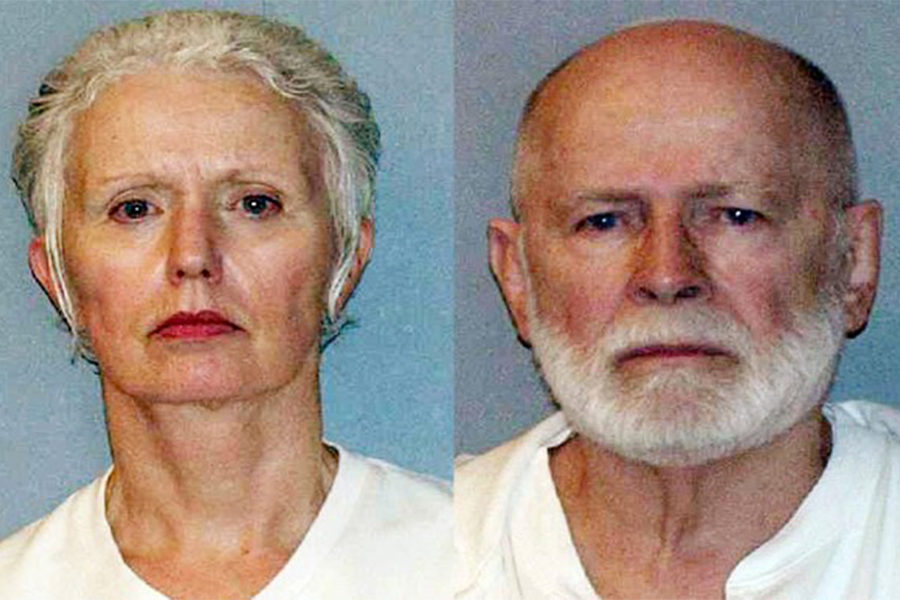 Starting the 1960s as one of the Winter Hill Gang, Whitey Bulger ruthlessly rose up the ranks to become the most feared gang boss in Boston. But by the late 1990s, he was gone, on the run, his face known best from the mugshot in the FBI’s 10 Most Wanted List. Over the next 16 years, as the authorities fruitlessly sought him and his runaway girlfriend, Catherine Greig, it was almost a monthly parlor game to see where people thought they had seen them, whether around town or in Paris. But on June 22, the duo were finally arrested in Santa Monica, California, thanks to a tipoff to police from a neighbor. After a trial in 2013, Bulger was convicted on 31 counts including racketeering and murder, and sentenced to two life prison sentences. By 2018, he was dead, killed by fellow inmates.

Summertime, and the New Porgy Is Easy

In August, the American Repertory Theater opened its revival of the Gershwin-Heyward classic musical, Porgy & Bess, some 76 years after the original musical premiered at the Colonial Theatre in 1935. The new production was directed by A.R.T. head Diane Paulus and featured revamped dialogue by Pulitzer Prize-winning playwright Suzan-Lori Parks, with a cast including Norm Lewis as Porgy, Audra McDonald as Bess, and David Alan Grier as Sporting Life. A high-profile hit from the start, the show would be honored by Mayor Menino with “The Gershwins’ Porgy and Bess Day” in September, and then it would move to Broadway, earning 10 Tony Award nominations the next year and a Best Actress win for McDonald.

A federal jury found former state House Speaker Sal DiMasi guilty of conspiracy, extortion, and fraud—he had been accused of taking kickbacks from government vendors after steering contracts to them—and on September 9, he was sentenced to eight years in prison. The court case meant that DiMasi was the third Speaker in a row to be convicted of a federal crime, after Thomas Finneran and Charles Flaherty. After a cancer diagnosis, DiMasi applied for a compassionate early release, which was eventually granted, and he left prison in 2016. Since then he’s been an advocate for humane treatment of prisoners, and he’s been trying to overturn the state’s ban on his registering as a Beacon Hill lobbyist.

No, we’re not talking about her current presidential run, but September 14th eight years ago, when the Harvard Law professor announced that she would run for the U.S. Senate seat held by Republican Scott Brown. Brown had won the special election for the late Ted Kennedy’s office the previous year, famously saying that it was not “the Kennedy Seat,” but “the People’s Seat.” Over a year of negative words on the stump, Brown coined the nickname “Pocahantas,” as he kept hammering Warren for claiming Native American heritage, while Warren nailed him to GOP policies unpopular in the blue-state Commonwealth. By November 2012, the people chose Warren over Brown, 53 to 46 percent, and she would cruise to an even bigger election win, over Geoff Diehl in 2018.

For 20 years before this October, the iconic nightclub Faces had been known mostly for being a ghostly wreck sitting idle on Route 2. For many, it was an eyesore that needed to go, but those who had frequented the building in the 1970s and 1980s, it was an oasis of fun, dancing, luxury, and community. Originally owned by the Martignetti brothers, scions of the liquor-store family, it was almost a Boston-area version of Studio 54, with tuxedoed bouncers and vinyl-spinning DJs and 2,000 glammed-out revelers on the three parquet dance floors any weekend night. But after trends changed and it closed, the building sat unused and decaying, until the Martignettis sold the property to a developer who moved forward with demolishing it, starting with the sign. There are condos there now, because of course. 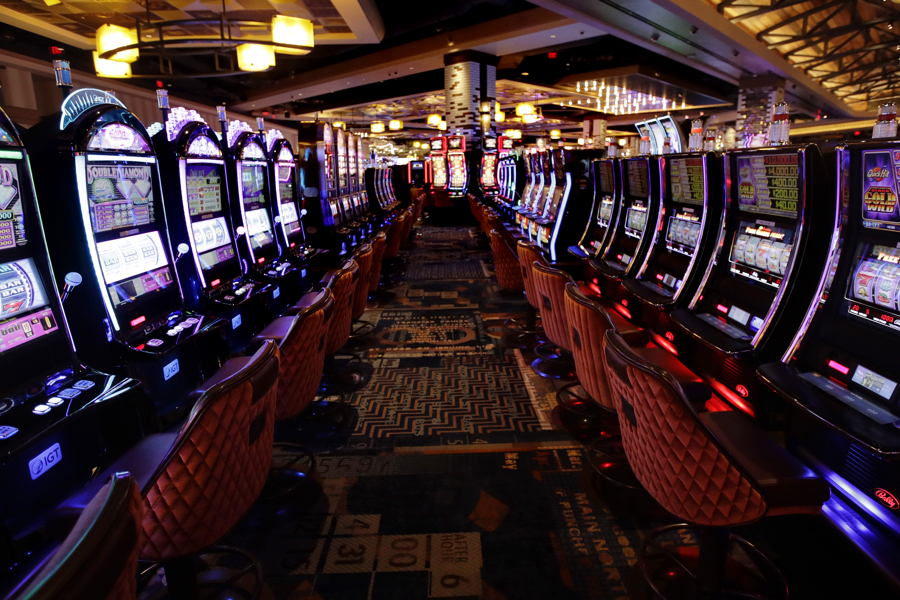 Taking a Gamble with Pen to Paper

After a protracted debate in the state House and Senate, the Expanding Gaming Act finally made it through the legislature, and on November 22, Governor Deval Patrick signed it into law. The Gaming Act allowed the state to designate one slots parlor and one resort-style casino to each of three demarcated regions, which instantly set off a horse race among municipalities and casino operators competing for the precious licenses. The law also mandated a “code of ethics” to thwart corruption and unlawful conduct by operators and gaming commissioners, and that code would eventually disqualify one bidding operator (Caesars), force another to take his name off the building (Steve Wynn), and cause the chairman of the Gaming Commission himself to resign (Steve Crosby). But by the end of the decade, the state had three gaming facilities: Plainridge Park Casino in Plainville, MGM Springfield, and the Wynn-less Encore Boston Harbor.