Congressman Stephen Lynch is calling on the FAA to investigate what could have been a "fatal error." 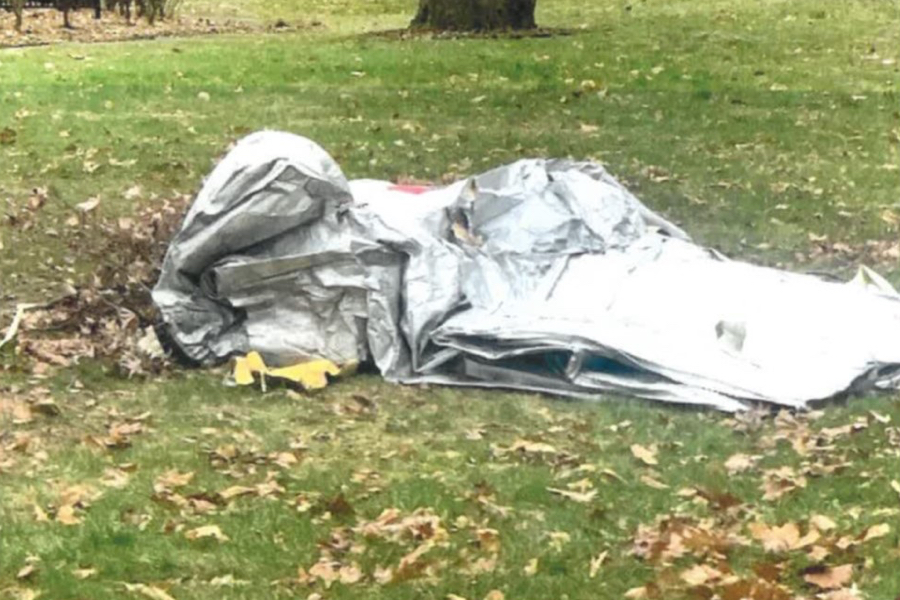 Sailing like a meteor over Boston, a large silver bundle plummeted to earth this weekend, crashing onto someone’s front lawn in Milton. What was this lump of folded plastic that weighed a reported 100 pounds, you ask? And how did it get in the sky? Police say it was an un-inflated “emergency ‘inflatable over wing slide'” from a Delta Airlines-owned Boeing jet flying to Boston from Paris. And now the airline has some explaining to do.

Photos of the now-identified flying object were shared Monday on the Facebook page for the Milton Police Department, who say Delta has since come to claim it. No one was injured or crushed to death by the slide, and it did not happen to land on your house or mine, which is good.

But Congressman Stephen Lynch is calling on the Federal Aviation Administration to “do a stern review of the aircraft, and make sure this is not something systemic,” according to the Boston Herald. He tells the paper this could have been a “fatal error.”

Lynch, who says he has been briefed by the FAA, also sounded off on Twitter. “While I was obviously relieved to hear no one was injured in this incident, it does illustrate the vulnerability imposed on towns that lie beneath NextGen RNAV flight paths,” he said, referring to the updated paths taken by flights into and out of Logan airport that have caused headaches in Milton and other communities where residents complain of excessive noise. “We cannot expect the community of Milton and surrounding towns to live in fear of debris falling from the sky.”

My statement regarding yesterday’s incident in Milton when an evacuation slide fell from an in-flight Delta airplane and landed in a resident’s yard: pic.twitter.com/qMJEjZss4N

In a statement, the FAA said it is “continuing to investigate the incident in which an emergency slide fell from an aircraft, and we will work closely with Delta Air Lines on corrective measures,” adding, “When we determine the cause of the event, we will notify Milton residents and their elected officials.”