A Year in Review: The Most Memorable Stories of 2013

From a World Series win to the Boston Marathon bombing, the year was full of highs and lows. 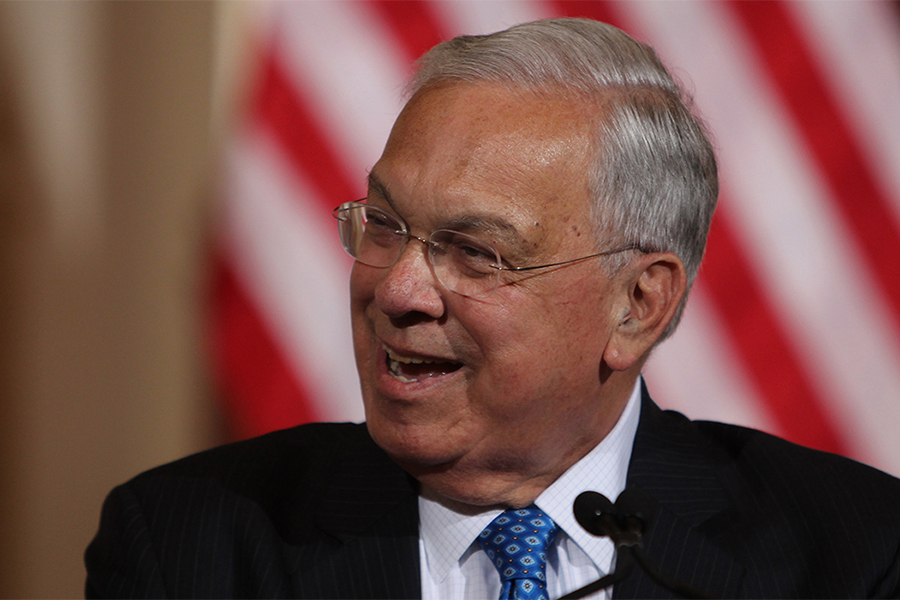 The End of a Political Era

Whether you were among his many staunch supporters or a member of his base of critics, we can all agree on one thing: When it comes to Boston politicians, Tom Menino—known just as widely for his development and neighborhood-cleanup accomplishments, for example, as a hilarious history of verbal gaffes—was in a league of his own. So when Boston’s longest-serving mayor announced he wouldn’t seek another term after 20 years at the helm, he laid the groundwork for one of the most high-stakes (and crowded) mayoral elections the city had seen in decades. A dozen candidates threw their hats into the ring, with the victory ultimately going to then-state Rep. Marty Walsh, who defeated City Councilor John Connolly by just three points.

April 15, 2013. What started as a jubilant celebration of the world’s oldest annual marathon quickly devolved into chaos as two pressure-cooker bombs exploded near the finish line, killing three bystanders—Martin Richard, Lingzi Lu, and Krystle Campbell—and seriously wounding more than 200 others. While Bostonians struggled to make sense of the violence, more than 1,000 local, state, and federal law-enforcement officials teamed up on the ensuing search for the perpetrators, eventually narrowing the suspect pool to two brothers: Tamerlan and Dzhokhar Tsarnaev. Four days, a carjacking, a shootout that resulted in Tamerlan’s death, and a harrowing city-wide lockdown later, police apprehended Dzhokhar in Watertown, where a resident found him hiding in a dry-docked boat. Convicted on all counts related to the bombing and sentenced to death in 2015, Dzhokhar is currently in prison in Colorado. As for Bostonians? It was a day that changed our city—we all remember exactly where we were when we heard the news—but we’ve refused to let it define us, or the Marathon, in the years since.

The Speech That United a City

Big Papi will always receive a hero’s welcome in Boston—and not just for his batting average. Less than a week after the Boston Marathon bombing, the now-retired Red Sox legend took to the field in an emotional pre-game ceremony at Fenway Park, where the team would play their first home game since the devastating attack. Already a fan favorite, Papi endeared himself to Bostonians forever with a heartfelt speech on the week’s traumatic events. “This is our fucking city,” he told the crowd at the end, “And nobody’s going to dictate our freedom. Stay strong.” Met with thunderous applause (and innumerable shares on social media), his words became a rallying cry for the city—and the nation. “Big Papi was saying what he felt about Boston—’Boston Strong’—and how a terrorist attack was not going to change the basic spirit of that city,” President Obama said during a speech in 2016. “At that moment, he spoke about what America is.”

The Turmoil of Boston Media

Print is not dead, people. But it is changing—and has been for quite some time. 2013 was a tumultuous year for two of the city’s major print publications: the Boston Phoenix and the Boston Globe. After a 47-year run, the Phoenix—an alt-weekly long revered for its local arts coverage and revolving door of talented up-and-coming writers—sadly called it quits after failing to regain support from national advertisers. Fortunately, the Globe fared better, thanks to Red Sox owner John Henry. The billionaire bought his hometown paper from its previous owner—the New York Times Co.—for a cool $70 million, keeping the now-147-year-old daily afloat.

High-profile comings and goings were downright rampant in 2013—and Carol Johnson’s departure from Boston Public Schools was no exception. After six years on one of the toughest jobs in the city, the Tennessee native announced her decision to step down as BPS superintendent in April, leaving behind a trail of varied reviews. On the cons list? Late buses, expired food in cafeterias, and drawn-out conflicts with the Boston Teachers Union. Pros? Increased four-year graduation rates, substantially fewer dropouts, and flourishing summer-learning programs. A mixed bag to be sure, but one that undoubtedly set the stage for her successors.

The Changing of the Guard

The year of change continued in September, when police commissioner Ed Davis—who garnered national attention after the Marathon bombing—resigned from his post. A Lowell native, Davis served as the superintendent of his hometown police department before being appointed police commissioner by Mayor Menino in late 2006. While critics blasted him for failing to diversify Boston’s police staff—an assertion Davis challenged—allies praised him for overseeing a decrease in violent crime, as well as for his poise and leadership during the turbulent marathon bombing investigation. Succeeded by William Evans, who has since passed the baton to William Gross, the longtime law-enforcement official now operates a Boston-based security-services-and-consulting firm.

The Arrest Heard ’Round the Hub

The Patriots have made headlines many a time this decade—but never quite like the morning of June 26, 2013. In the most shocking sports news of the year, tight end Aaron Hernandez was arrested for an unthinkable crime: the murder of 27-year-old Odin Lloyd, who was shot and killed less than a mile from Hernandez’s North Attleborough home. The Pats immediately released the star, and even went so far as to offer free exchanges at Gilette’s ProShop for fans who’d purchased #81 jerseys. Hernandez, meanwhile, was eventually convicted and handed a life sentence for Lloyd’s homicide. He was also later charged with a double murder in Boston, but was acquitted. In 2017, he committed suicide in prison. 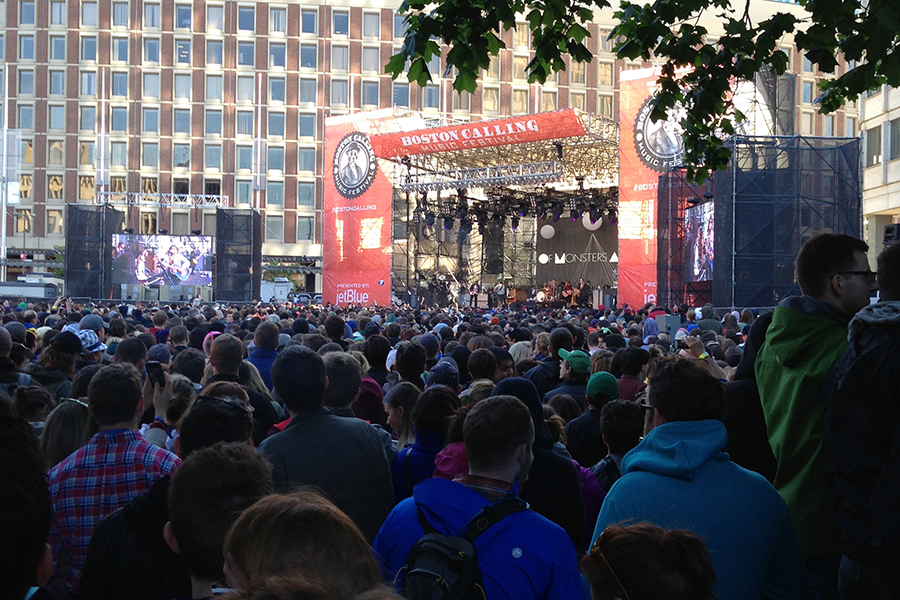 The Time Boston Finally Got Its Own Music Festival

When Phoenix Media Group vets Brian Appel and Mike Snow first publicized plans for Boston Calling—a new two-day, multi-artist rock show slated to set up shop on the red bricks of City Hall Plaza—concert-goers rejoiced. At last! A legit music festival in Boston! What a concept. And the ensuing performances did not disappoint: Some 19,500 attendees showed up for the festival’s triumphant debut, hosted on May 25 and 26 with sets by big-name acts (Fun.) and local standouts (Bad Rabbits) alike. The best part? We got to do it all over again in the fall, when the festival returned to Government Center with a fresh lineup in September. 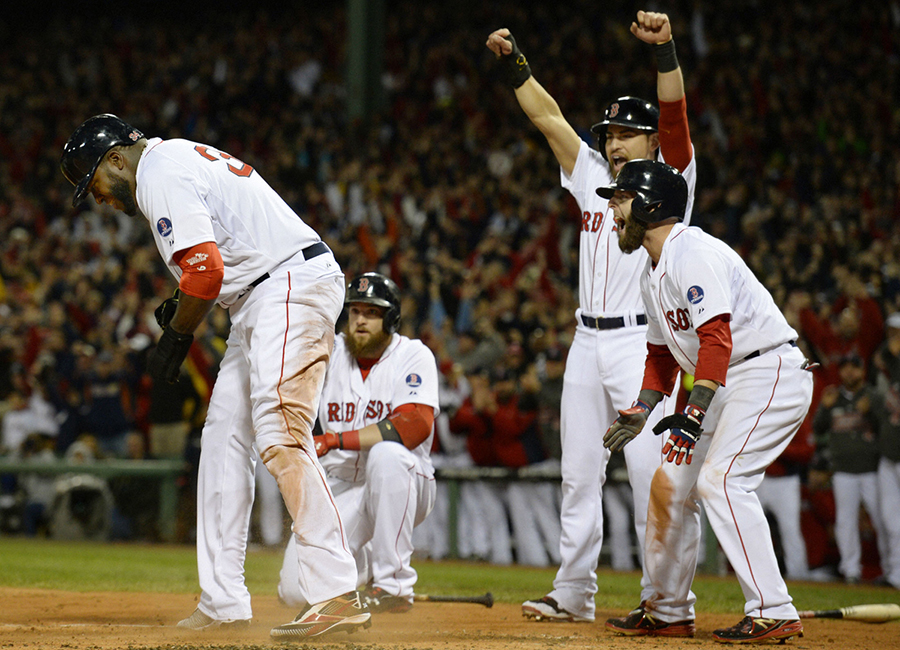 The Win (and Facial Hair) We All Needed

After the devastation of the Boston Marathon—and the iconic speech only Big Papi could give—Red Sox Nation banded around its beloved baseball team like never before. So when the Sox handily secured a 6-1 victory over the St. Louis Cardinals in game six of the World Series later that year, clinching the title, it wasn’t just another local franchise win—it was a moment of healing for the entire city. Didn’t hurt that it was the first time the team had won the championship at home in 95 years, either. Plus, do you remember how obsessed we all were with those beards the players grew that season? Epic.

The Rise of a Star

These days, at-large city councilor Michelle Wu is a household name—and it all started back in 2013 when, at the ripe old age of 28, the Harvard grad became the first Asian-American woman elected to the council (and, later, to the role of council president). From championing the city’s Paid Parental Leave ordinance to fighting for the abolishment of the outmoded Boston Planning & Development Agency, Wu has established herself as a political force to be reckoned with—one that just may give Mayor Walsh a run for his money when election season rolls around in 2021.