And the real Keytar Bear's fans are furious. 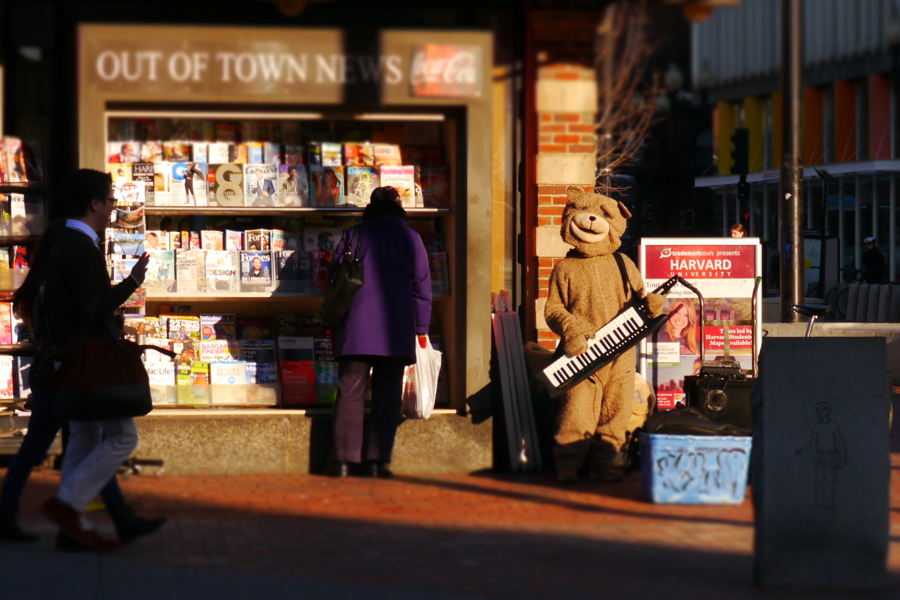 Photo by sushiesque via Flickr/Creative Commons

Boston Casting is constantly on the hunt for local talent for productions in the city, like when it was seeking “metal heads” for a concert scene in the Ghostbusters reboot, or sought New Edition lookalikes for a BET miniseries. If you fit the bill, one of these casting calls could be your big break, or at the very least get you a modest payday, some free sandwiches, and a chance to hang out on the set of a big-time movie. Not bad work if you can get it.

But a notice sent out to subscribers for the agency’s email list Tuesday morning shows its talent scouts are looking for someone with… very specific qualifications. “Major Motion Picture Seeking Keytar Bear,” one of Boston Casting’s digital fliers reads. It features cartoon images of a large teddy bear and one of the hand-held digital pianos, says it’s looking to film on January 20-21 and includes this note: “Must have keytar and bear costume.”

Sound like anyone you know? Of course it does. And many fans of Boston’s most famous busker were quick to point out the obvious today.

Boston Casting is currently seeking a keytar bear for a major motion picture. Must have keytar and bear costume.

🤔 Umm, how about hiring Keytar Bear?!

Eric Casey, who lives in Worcester but used to work in Boston and remembers seeing the real Keytar Bear around town, was one of many who got the email, and he quickly took to Twitter to sound off about the apparent snubbing of a local hero.

“My first reaction was, they’re trying to get Keytar Bear without getting the real Keytar Bear,” he tells me. “It’s not like he’s a generic character. He’s not a clown or something where there’s a wide variety of them. There’s only one Keytar Bear.”

A spokeswoman for Boston Casting confirmed the flier is real, but declined to share any more information about the film or what plans it has for any local keytar-playing bears.

In addition to being a beloved mascot for the city, Keytar Bear’s likeness has become a valuable commodity. He’s helped sell Lovepop greeting cards, graced the can design for a special Double IPA from Trillium, teamed up with Boston Ballet to promote The Nutcracker, and starred in a Crazy Taxi mobile app. He even recently had his own augmented reality filter on Snapchat.

For his part, the true-blue Keytar Bear does not appear to be bothered by the thought of a film crew recruiting an imposter. “It’s not that big of a deal,” he tells me via Facebook message, adding that he has not been contacted by the agency. “Maybe they afraid of me asking for 6 figures.”