Service was suspended Tuesday after the incident. 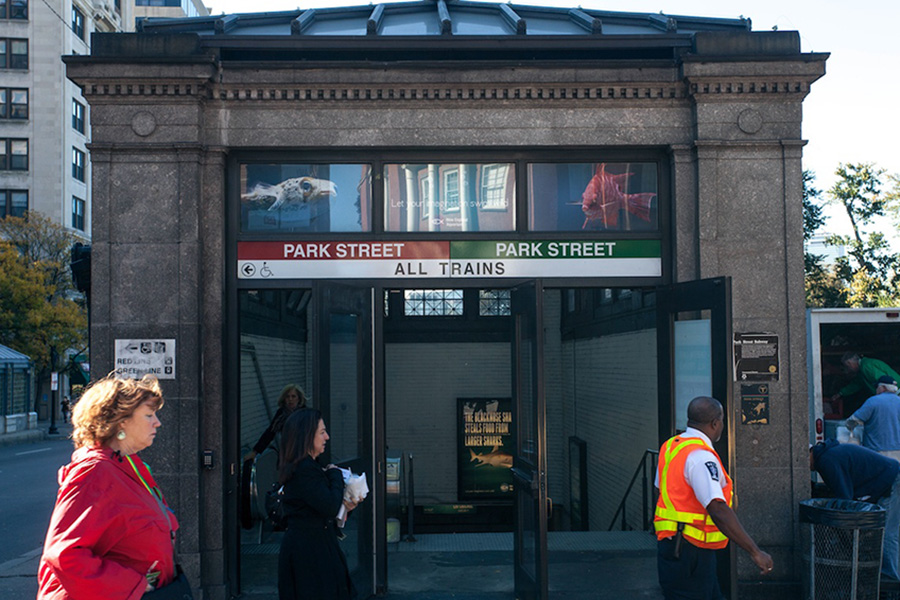 Just a day after the MBTA was deemed “relatively safe” by a panel of transportation experts, the Green Line temporarily paused service from Kenmore to Haymarket after smoke filled the Park St. station Tuesday. Service resumed around 2 p.m., with 10 minute delays.

The MBTA tweeted shortly after noon that the system was experiencing a “power problem,” initially pausing service from Park St. to Haymarket and later extending the outage to Kenmore. Eyewitnesses, meanwhile, shared photos and videos on Twitter of a frightening scene: sparks shooting out of an overhead wire.

#MBTA #GreenLine Update: Service suspended between Kenmore and Haymarket due to a power problem. The Power Department is on scene continuing to make repairs to the overhead wires. Customers can use Orange Line service through downtown.

thank you for such safe services🙂 pic.twitter.com/QWDHC2BVKv

Overhead wires exploding on Green line westbound between Boylston & Park…look for other options if you can! @MBTA @universalhub pic.twitter.com/hazoq9vxCT

Fire trucks parked around Park St., and firefighters rushed into the station. At 12:30, MBTA spokesperson told the Boston Business Journal that the fire department had “cleared the scene.”

“Following some sparks, smoke was emanating from an overhead trough that contains electrical wiring,” Pesaturo wrote in an email to Boston Tuesday afternoon.” The incident is still under investigation, he added.

This mishap comes just a day after the MBTA released a comprehensive safety report, compiled by an outside panel of transportation experts. The report painted a bleak picture of safety on the T, pinpointing troubled leadership as the overarching cause of the transit system’s struggles.

“In almost every area we examined, deficiencies in policies, application of safety standards or industry best practices, and accountability were apparent,” the report reads.