Take a Look at the New Car-Free Plans for the Northern Ave. Bridge

They feature a waterfront park in the middle of the Fort Point Channel. 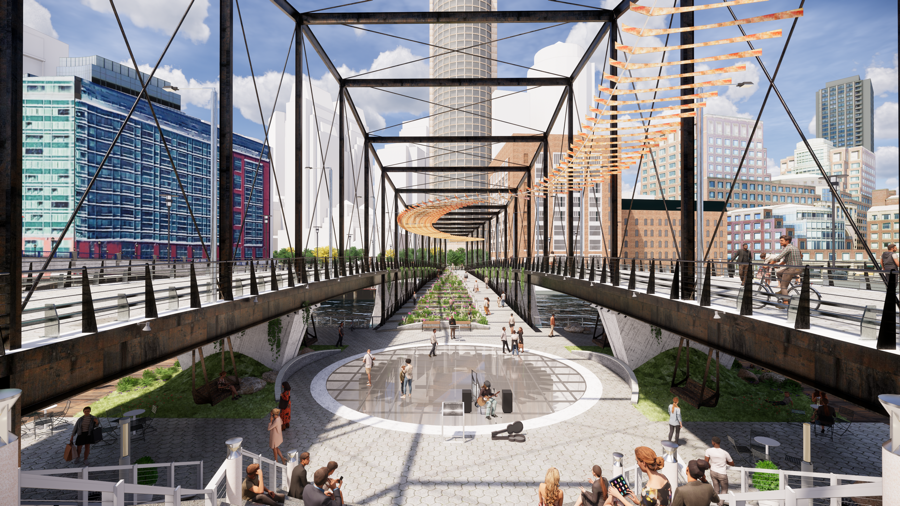 Plans for what to do with the decommissioned Northern Avenue Bridge, are beginning to take shape, and they look… pretty sweet?

The proposal presented at the latest meeting of the city’s task force on the project includes two spans over the Fort Point Channel, as well as a central pavilion area, which, according to renderings, may include a vibrant new public space along the water. Also—and this is really important—the plans are oriented toward allowing no cars, according to StreetsBlog Massachusetts, although it would be built to at least accommodate emergency vehicles or buses.

Whether to turn the bridge into yet another way for cars to travel between the Seaport and the downtown area has been the subject of debate all along, but advocates for a biker- and pedestrian-friendly replacement have had success in making their case, StreetsBlog reports.

Advocacy works: @CityOfBoston says there will be “no cars” on new Northern Ave. Bridge, and gives us some eye candy to show off how much better it’ll look without the traffic:https://t.co/4ElCkJXQMC pic.twitter.com/mBT5IETvkc

Nothing is set in stone, and the project will be open to public input through 2020, with a final design expected in 2021. But the city and the architectural firm AECOM, which has been tapped to consult on the project, are providing us a preview of what could soon come in place of the rusty skeleton out there currently, which has been off limits to cars since 1997, and to pedestrians since late 2014.

Renderings and a neat little video shared at the meeting show a miniature waterfront park with benches, swings, and grassy patches for lounging, a boardwalk area, and a long staircase lined with plots for bushes and shrubs. It also includes some design options: In one version, trusses would be built atop the bridges to mimic the look of the old bridge. Other options include a “double arch” design, which looks a little like the Zakim Bridge, but round.

Consider me cautiously optimistic about what’s to come over the next few years here. It’s about time we put this space to use again, and the vision we’re seeing is encouraging. 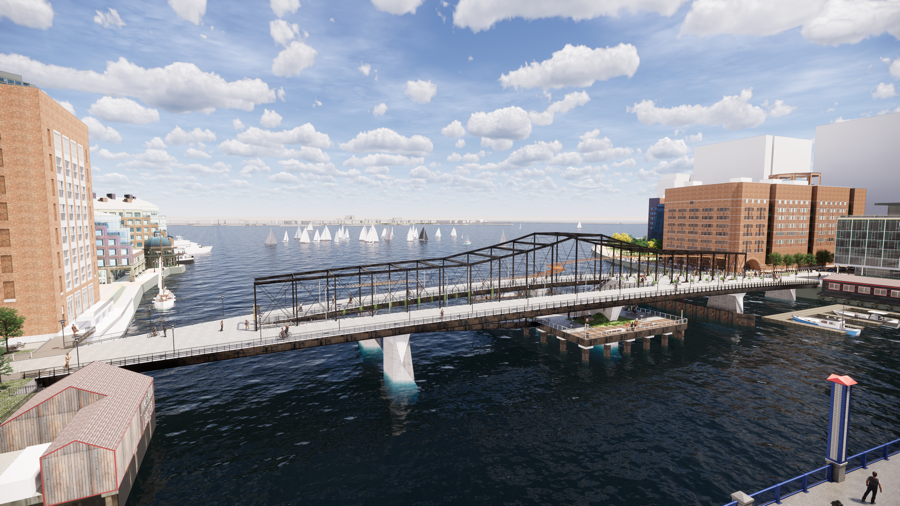 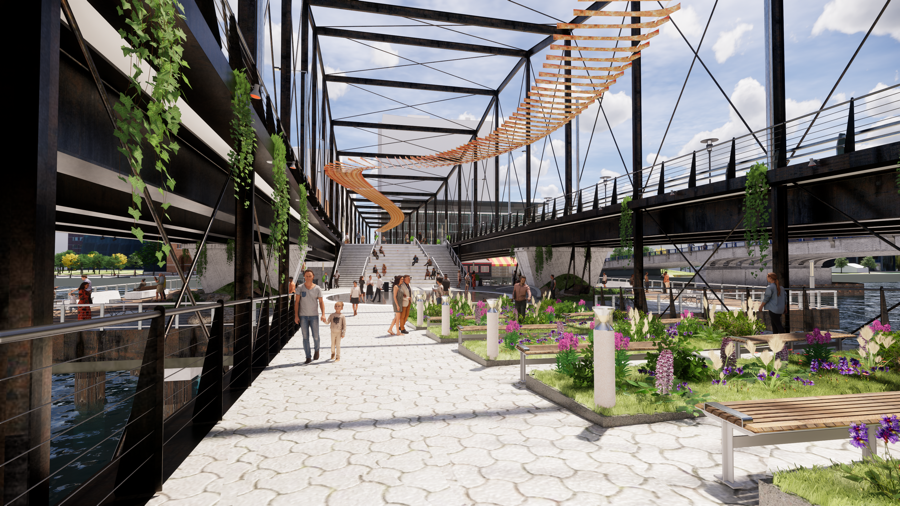 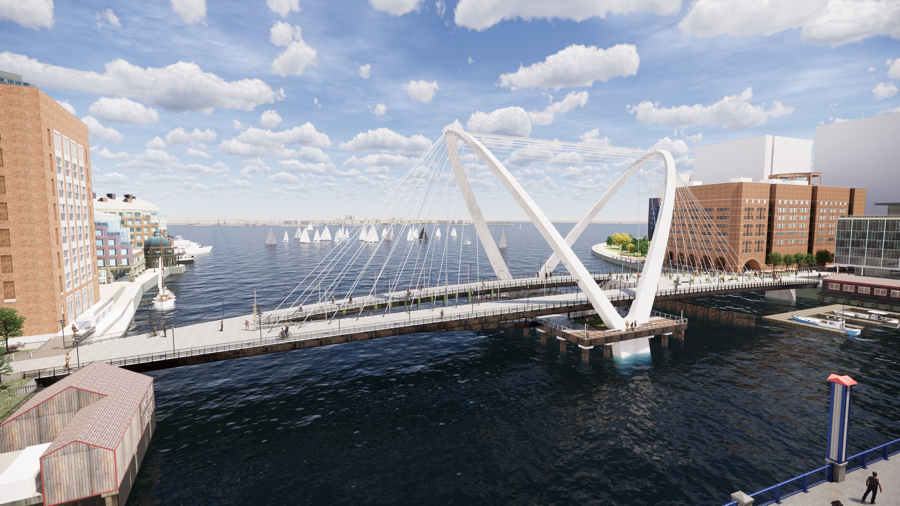 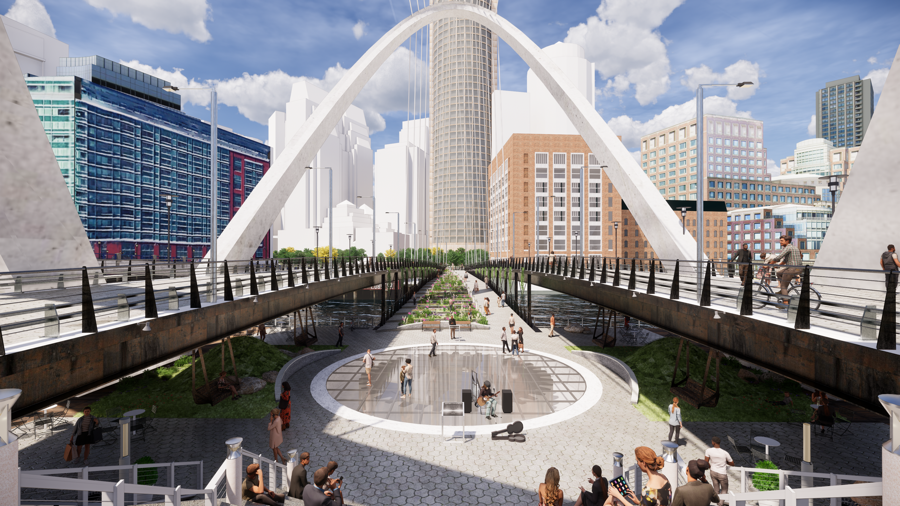