After a Tragic Winter at Boston Nightclubs, the City Has a New Plan for Safety

The city and police are offering "best practices" for late-night venues. 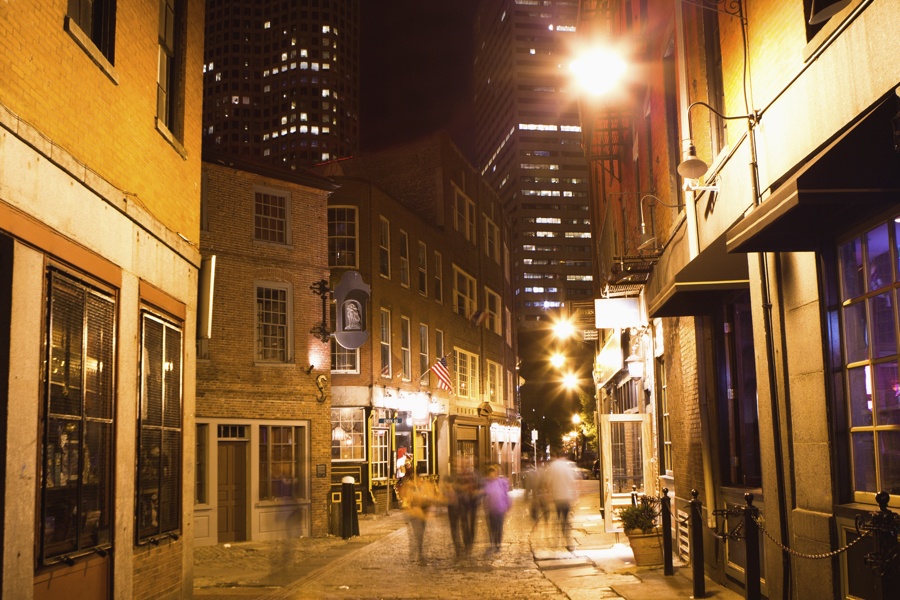 Whenever someone goes missing at a Boston nightclub, the city looks on in horror and fears the worst: A 20-something college student wanders away from a downtown bar, or leaves with a stranger, and is never heard from again. Friends and relatives plead for the public’s help tracking down loved ones. We reflect on how we’ve been out enjoying ourselves at those very same venues, and how the same thing could conceivably have happened to us or people we care about. And the questions return: Why does this keep happening? And what can we do about it?

A new report released Thursday by Boston Police and the mayor’s office aims to address some of those issues. The 32-page document is the product of a collaboration between police, the city’s Licensing Department, and local bars and nightclubs. Called “Best Practices in Public Safety for Nightclubs & other Licensed Premises,” it includes guidance on everything from helping intoxicated customers get home safely to preserving evidence at the scene of a serious crime. The city hopes to see the document distributed and put to use at venues around the city.

“Going out in Boston should be a fun, safe, and enjoyable experience for everyone, but we’ve seen cases where people are victimized — especially young women,” Mayor Marty Walsh says in a statement. “No one should ever feel unsafe in our City. It’s critical that we work collaboratively to make sure our bars, nightclubs, and other establishments keep their patrons and staff safe.”

Recommendations in the report include that clubs have adequate surveillance—at the very least at entrances and exits and outside bathrooms—and that they keep detailed records of transactions and when checking IDs, which can help police to quickly identify suspects. If a patron seems dangerously drunk, the report recommends security guards pair ejected people with friends who can make sure they get home safe. If they can’t, it recommends calling BPD for help instead of just kicking someone who might be a danger to themselves or others out into the street. It also seeks to reassure them that doing so won’t put their license at risk. “Licensees should not be apprehensive about calling Boston Police in the event of an impaired or unruly patron for fear of disciplinary action by the Board,” says Kathleen Joyce, Licensing Board chairwoman, in a statement.

The report comes comes after two cases of women abducted in Boston earlier this year drew wide attention. In January, Boston looked on as police searched for a 23-year-old Jamaica Plain woman who disappeared after spending time with friends at Hennesy’s, a bar near Faneuil Hall. She had been seen walking with an unknown man at around midnight. After a three-day search, police were able to track the woman and her suspected kidnapper, Victor Peña, to his Charlestown apartment. She was rescued, and told police she’d been kept there against her will. The case attracted so much attention, it registered in official Google data as among the most searched-for topics in Boston for 2019. Peña pleaded not guilty.

A month later, another 23-year-old, Dorchester mother Jassy Correia, went missing after a night out at Boston’s Venu nightclub in the Theater District in February. She had been seen in security footage getting into a car with a man several blocks away from the club. Five days later, police discovered her body in a vehicle driven by Providence resident Louis Coleman on a highway in Delaware. Coleman has pleaded not guilty to murder charges.

The back-to-back cases spurred local officials and advocates for ending gender-based violence to speak out this year about our collective responsibility to keep one another safe, whether that means bar staff keeping a closer eye on patrons who might be at risk, or bystanders stepping in when something doesn’t seem quite right.