A new kind of politics took the city by storm. 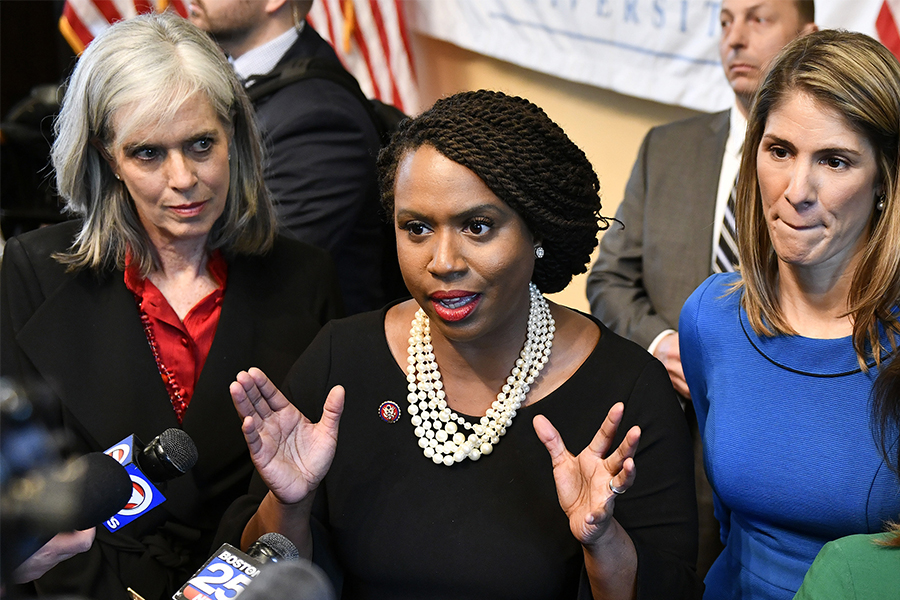 A mere ten years ago, Boston politics didn’t seem all that different from a century earlier.

Men—primarily white, Catholic men—led the city’s transactional, tribal political machinery, where what you get is about who you know, and who you owe.

That was true in 1910, when James Michael Curley made a back-room deal with John Fitzgerald for Curley to stay out of that year’s mayoral race, and for “Honey Fitz” to step aside for Curley four years later.

It was true at the dawn of 2010, as former city councilors Sam Yoon and Michael Flaherty found themselves blackballed in their private businesses for having dared to run for mayor against Tom Menino the year before. Yoon left Massachusetts that year, citing retaliation from Menino supporters; and Flaherty failed in his 2011 campaign to re-join the city council, largely due to opposition from Menino’s political machine.

Cracks in that system were beginning to show ten years ago. Today, the dam has burst. A more anarchic and progressive politics has rushed in, with a wave of younger, more progressive, and more diverse candidates bulldozing past the remnants of the old guard, as it tried in vain to hold back the deluge.

As the city itself has grown, gentrified, and professionalized, its voters are increasingly unfamiliar with the kind of politics that ruled it for a century.

They aren’t looking for someone to tell them who to vote for. They aren’t hoping for a city job in exchange for support.

The results can be seen in some of those who have taken office in the region over the course of ten years: U.S. Senator Elizabeth Warren; Congresswomen Katherine Clark, Lori Trahan, and Ayanna Pressley; District Attorney Rachael Rollins; and city councilors Andrea Campbell, Lydia Edwards, Kim Janey, and Michelle Wu.

In a show of how far the institutional powers have fallen, two of the region’s incumbent congressmen—18-year veteran John Tierney and 20-year veteran Michael Capuano—lost Democratic primary challenges during the decade, to Seth Moulton and Ayanna Pressley. No Democrat had successfully challenged an incumbent Democratic member of Congress in the Commonwealth since Joe Moakley ousted controversial one-term representative Louise Day Hicks in 1972. And he did it not in a primary, but by running as an independent.

A city council that began the decade with one woman begins the next decade with eight. And it’s not just the personnel that have changed. It’s also the tolerance for the old practices.

Throughout the past decade, pols steeped in the traditions dating back to Curley have squirmed uncomfortably as their most cherished practices were deemed corrupt: patronage at the state probation office; pressure from City Hall to use unionized labor at Boston Calling; and greasing the city’s zoning board gatekeepers.

Of course, some things about Boston politics have not changed, and perhaps never will.

Pols who succeed in the state’s politics have always succumbed to the lure of a Presidential campaign, from John Adams to Deval Patrick—and it’s not just the state’s all-powerful Democratic Party providing candidates. Massachusetts saw its former governor, Mitt Romney, become the Republican Presidential nominee in 2012.

Four other prominent Bay Staters have given a go at being the first President of the next decade: U.S. Senator Elizabeth Warren, Congressman Seth Moulton (who has already dropped out of the race), Republican former governor Bill Weld, and Democratic former governor Deval Patrick.

And, progressivism be damned, Bostonians remain enamored of their political families. Just ask the great-great-grandson of Honey Fitz—Congressman Joe Kennedy III, who is favored to lead Boston into the next decade as its newest U.S. Senator.

Most striking, however, is that among all this change and dismantling of the old ways, the seminal event of the last decade in Boston politics seemed like a clinging to the past.

That was the mayoral election of 2013. Following Tom Menino’s decision to not run for a sixth term, Boston plunged into a wide-open race for the position that to a large extent defines and embodies the city itself.

The two finalists looked like they could have come from the days of Curley and Honey Fitz. City councilor John Connolly and state representative Marty Walsh were two men of Irish descent, well-connected and familiar with the back rooms where deals are done. Both made their way through the preliminary largely thanks to their neighborhood bases and strategic alliances.

And in the end, Walsh ended up with the prize, in large part by portraying himself as the link to the old Boston. Walsh was the guy from the old Dorchester neighborhood who grew up in a triple-decker and was surrounded by union leaders.
Connolly, his campaign stressed, was an attorney who went to Harvard and hadn’t always lived in Boston.

That helped drag Connolly down, six years ago. Today, the city has embraced and elevated attorneys who went to Harvard, most of whom have not always lived in Boston. The description fits Healey, Wu, and Elugardo. Warren is an attorney from out-of-state who taught at Harvard.

Intriguingly, the next decade is likely to give the city an even more stark choice for mayor, as some very “new Boston” pols are said to be thinking of running against Walsh in 2021.