A thief stole thousands of dollars in crustaceans, then crashed into another lobster truck. 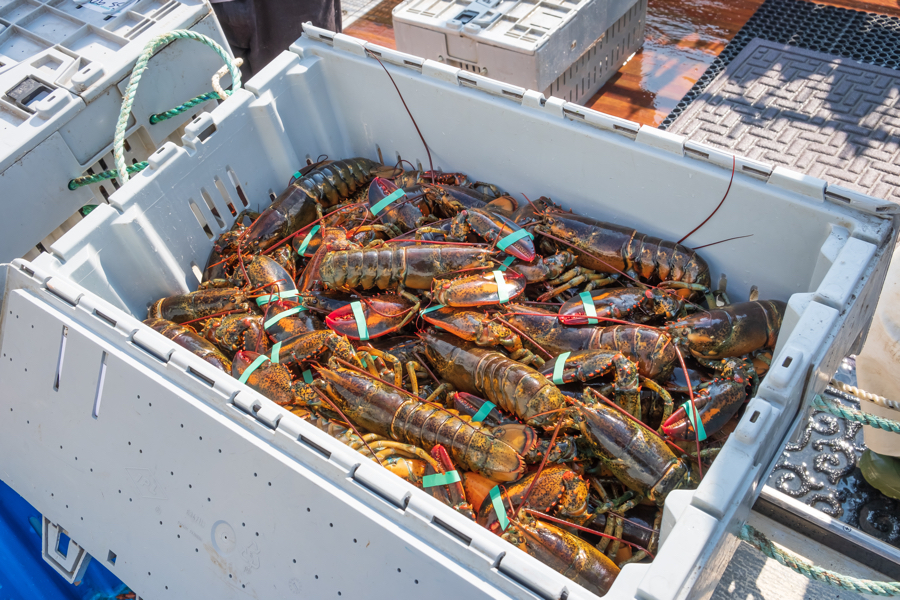 It was business as usual for the overnight crew at Buy New England Lobsters, a local wholesale dealer with a warehouse along the Mystic River in Charlestown, this week. At least, until it wasn’t.

A team of workers had been loading crates of the precious crustaceans into the back of a box truck at around 12:38 a.m. Tuesday morning for a large shipment bound for Europe. About $10,000 worth of fresh Boston lobster had been schlepped into the vehicle when—as if in a scene cooked up by particularly lazy scriptwriter—a thief emerged from nowhere and jumped into the driver’s seat and sped off with the loot.

Employees at the facility jumped in another lobster truck and gave chase, following the suspect a half-mile down the road to a spot outside the Boston Fire Department outpost at the intersection of Medford and Main streets. A confrontation ensued, and according to a Boston Police report, “The suspect refused to stop but instead deliberately crashed the stolen truck into the second box truck. The employees of the lobster company were able to detain the suspect until police arrived on scene.”

The suspect in the lobster caper, identified only as a 29-year-old South Boston man, has been arraigned in Charlestown District Court on a number of charges, police say, including receiving a stolen vehicle, assault and battery, and threats to commit harm.

It all seems a little on the nose, honestly, a fact that is not lost on the Charlestown facility.

“It’s probably the most Boston thing that’s ever happened,” says Peter Lagorio, the company’s sales and marketing manager, in a phone interview. “It was a very Boston experience for everyone involved.”

Lagorio says that despite the value of the seafood cargo—when full the trucks can carry as much as three times the $10,000 haul involved in the foiled heist—this is the first time in memory someone has tried to make off with one of the company’s trucks. It is not, however, the first time something unusual has gone down at the plant. This summer, a malfunction at a neighboring cement factory led to a hazmat situation and a large cloud of dust. “It’s been an exciting couple of months,” he says.

Update: The suspect has been identified by the Suffolk District Attorney’s Office as 29-year-old Stephen Woodard. This not Woodard’s first brush with the law, nor his first car chase. In 2010, Woodard reportedly escaped a Suffolk County Sheriff’s van and drove off with a DPW vehicle, leading police on a three-day manhunt before police tracked him down to an apartment in Charlestown and he turned himself in.