We're rude because we're good at it. 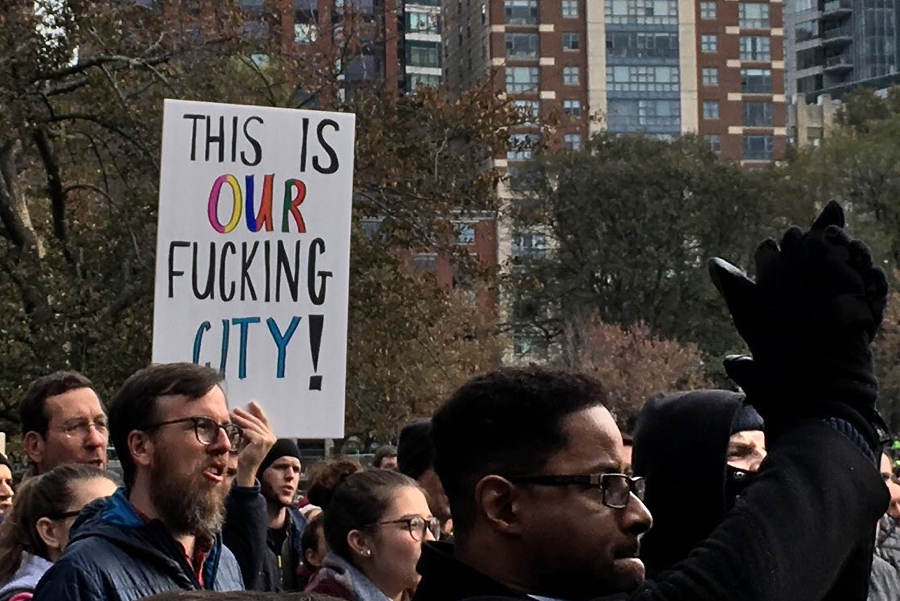 Why sugarcoat it? As seen at the “Rally for the Republic” counter-protest in 2017. Photo by Lisa Weidenfeld

A new ranking from Business Insider has named Boston the nation’s fifth-rudest city and, uh, yep, checks out.

The result comes from a survey conducted by the magazine, for which readers were asked to name their five picks for rudest American city. New York City came in first, with fully 34.3 percent of those surveyed picking the Big Angry Apple, followed by Los Angeles, Washington, D.C., and Chicago. But 14.9 percent of respondents hit the nail right on the head and picked Boston.

The rudest cities in America, ranked according to a new Insider survey https://t.co/teh4kfS8MX

Good on ya, voters! Canadian by birth, I’m especially attuned to Boston’s special flavor of rudeness, and am constantly awed and impressed by how skilled this city is at telling people their business, especially when they have it coming.

Consider that the city consistently ranks at the top of lists for worst drivers—we are also, not coincidentally, known for having the worst traffic in the nation. So Boston, as a result, is a city that fights fire with fire. After all, how can you help all the hotheads behind the wheel get better if you don’t tell them off when they step out of line?

Bikers have gotten this message better than anyone, and now regularly name and shame double-parkers and bike-lane blockers, while lobbying for improved cycling infrastructure by decidedly impolite means.

The rudeness mindset can be a source of comfort in times of suffering: In a post on Reddit yesterday, a man who was badly injured while riding on a scooter on Comm. Ave. shared his heartfelt thanks to a crowd of bystanders who rushed onto the road to help him—and, he writes, curse out the drivers who barked at him to move out of the road.

It can also get results. Someone who was upset with National Grid’s shoddy roadwork in their Quincy neighborhood unleashed some profane graffiti to get the utility’s attention, and it worked: The rudeness was heard loud and clear, and National Grid crews came and promptly patched things up.

Thanks to our famously rabid sports fandom, some of our most beloved catchphrases are acts of rudeness played out on a grand stage, like David Ortiz’s FCC-defying speech at Fenway, or the succinct and powerful “Yankees Suck.” And that same Masshole energy that gets fans fired up is frequently put to good use in the political sphere, like back in 2018 when trans rights were on the statewide ballot, and a locally made viral video made the case for Question 3 with a simple slogan designed to resonate with Bay State voters: “We’re Massholes,” the video’s heavily accented star proclaimed, “Not Assholes.”

It’s not by any means a perfect state of affairs. Maybe we’d be better off being a little kinder to one another—it is the holiday season, after all. But all things considered I say we take this as a point of pride, and tell Hartford (#26) and Providence (#48) to step up their game.