Corey Lewandowski: I Would Have Won in New Hampshire but Am Dropping Out Anyway

Lewandowski is still "confident" he'd be elected Senator despite calling it quits. 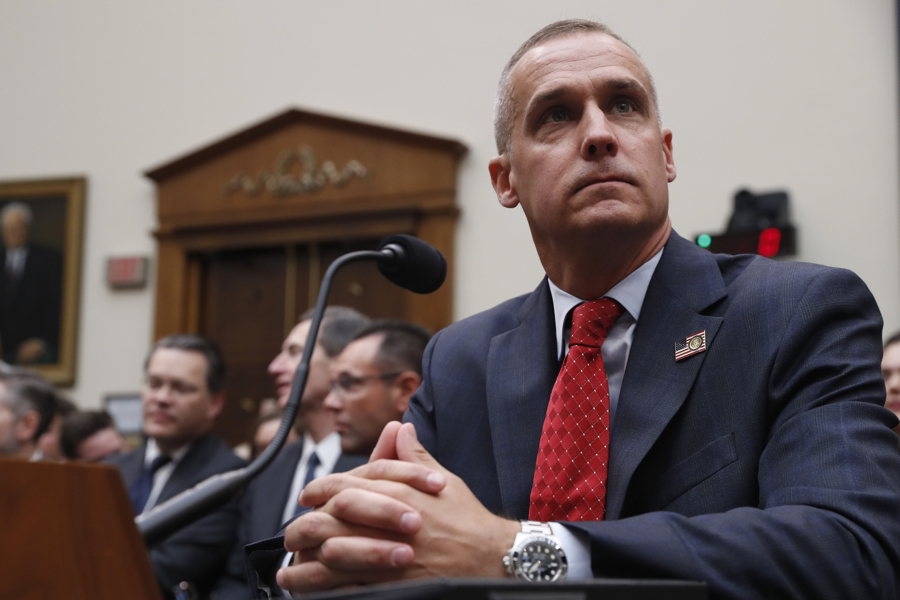 It takes a man of honor and conviction to bow out of a race he was, you know, guaranteed to win. But that’s what the noble Corey Lewandowski, the increasingly obscure Trump world figure who had been publicly weighing a run for U.S. Senate in New Hampshire, has just done.

The former forearm-grabbing Trump campaign manager this week announced he would no longer take part in a race he is “certain [he] would have won.”

“After much consideration I have decided to forgo a campaign for the US Senate,” he wrote in a tweet sent on New Year’s Eve. “While taking on a career politician from the Washington swamp is a tall order, I am certain I would have won. My priorities remain my family and ensuring that
@realDonaldTrump is re-elected POTUS.”

(1/3) After much consideration I have decided to forgo a campaign for the US Senate. While taking on a career politician from the Washington swamp is a tall order, I am certain I would have won. My priorities remain my family and ensuring that @realDonaldTrump is re-elected POTUS

In a text message to POLITICO back in August, Lewandowski, who lives in Windham, announced that he was “seriously considering” a run against Democrat Jeanne Shaheen, the state’s former governor and two-term Senator. He never formally entered the race, but hinted at his aspirations again during a break in his combative testimony at an impeachment hearing, when he tweeted a link to the pro-Lewandowski website standwithcorey.com. As of Thursday, the site is still active and features a photo of Trump with the quote “I think Corey would be ‘fantastic'” attributed to the president.

Not everyone was convinced it was an authentic effort, or that New Hampshire had much interest in Lewandowski. CNN’s Phil Mattingly claims he saw little enthusiasm for him in the state GOP. A September poll from Emerson showed that the not-yet-announced Lewandowski was leading among Republicans in the state with 23 percent support (56 percent of GOP voters told pollsters they were undecided). The poll nevertheless showed him lagging 10 points behind Shaheen.

Lewandowski now says he’ll be announcing an endorsement “in the near future.”

(3/3) One who will support strict constitutionalist judges; and one who will fight for our values, not those of Washington, DC. Accordingly, I will be making an endorsement in the Republican Primary for US Senate in the near future to ensure we defeat Jeanne Shaheen in 2020.