South End Building Collapses, Symbolizing What It Feels Like to Return to Work Post-Holidays

Watch the video to hear the satisfying crunch as it hits the ground. 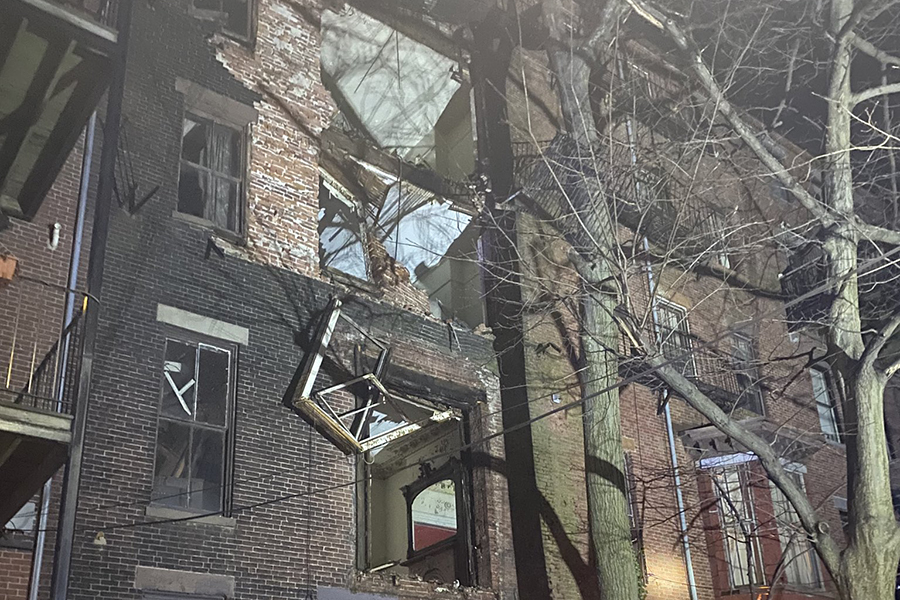 If returning to the office this morning after weeks of holiday revelry is making you want to spontaneously crumble to the ground, here’s a video you’ll find relatable.

A Tech-Rescue response for 5 story brick at 23 Upton St. This is a un occupied posted building. The rear fire escapes and part of the building has come down pic.twitter.com/xPRf5n7QtM

No one was injured in the incident, as the building had long been unoccupied. However, five residents in neighboring buildings were evacuated as a precaution.

Inspectors were expected to visit the site this morning to assess the structure, which had previously been flagged by the Fire Department for its serious structural deficiencies. Last night, the department suggested that the cold might be the culprit behind the sudden collapse.

“It has been vacant for years. That water gets in there and freezes and it compromises the structure of the building over time,” Boston Fire Chief Neal Mullane told CBS.

The building is currently under the ownership of local real estate firm Navem Partners. Per its website, the firm plans to turn the five-story building into three luxury condos. While plans on the firm’s website suggest that construction was expected to begin midway through last year, managing partner Pat Dooling says Navem is still waiting for final permits to be approved, and construction has thus not begun.

“We’re incredibly thankful the only damage was to the building/materials, and appreciate the good work of our police and fire personnel to quickly secure the scene,” Dooling said in an email to Boston. “We’re working closely with the Boston ISD to ensure the safety of the surrounding buildings, and to ensure neighbors are not negatively affected. We are working with the city to ensure an expedited remediation, which is already in process today.”

The moment of the collapse was captured by a neighbor’s security camera.