Is an Elizabeth Warren/Julián Castro Ticket in Our Future?

He endorsed the senator days after dropping out of the race. 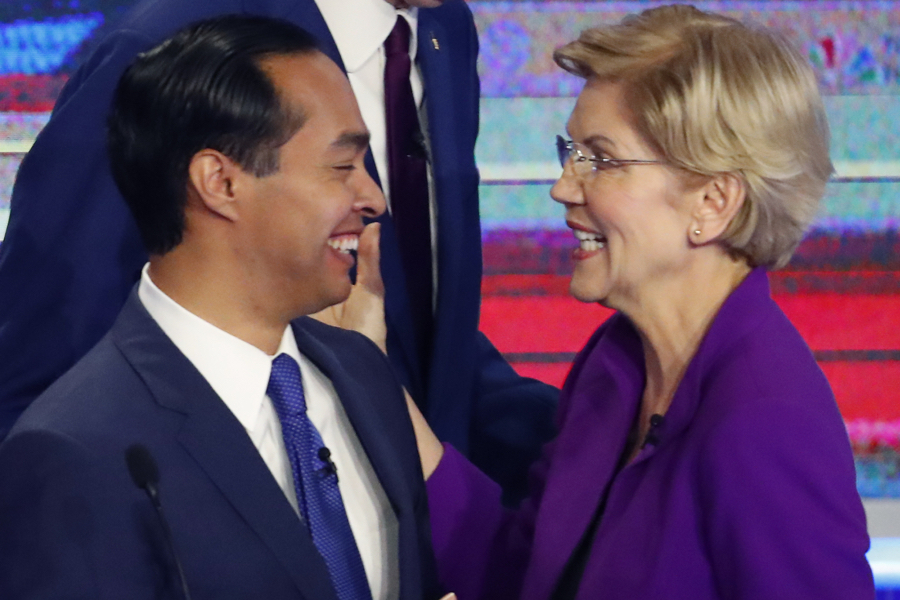 Julián Castro didn’t wait long after dropping out of the presidential race to join Elizabeth Warren’s campaign, and this may only be the beginning.

The former housing secretary under President Obama finally called it quits last week after polling in the single digits, and this morning he announced he’s endorsing the Massachusetts senator.

Elizabeth and I share a vision of America where everyone counts. An America where people⁠—not the wealthy or well-connected⁠—are put first. I’m proud to join her in the fight for big, structural change. pic.twitter.com/xDvMEKqpF3

“There’s one candidate I see who’s unafraid to fight like hell to make sure America’s promise will be there for everyone, who will make sure that no matter where you live in America or where your family came from in the world, you have a path to opportunity, too,” he says in an announcement video. “That’s why I’m proud to endorse Elizabeth Warren for president.”

In the clip, he can be seen paying a visit to Warren at her Cambridge home and chatting at her kitchen island. Is Bailey, the dog, in the video? Of course Bailey is in the video.

The move should come as no surprise. Castro’s been something of a Warren ally all along, and the two are largely in alignment on the issues. For that reason, he’s been viewed as a likely running mate on Team Warren. Could this be step one on the way to a VP pick? It’s way too early to have to decide on such a thing. And Castro isn’t the only politicians who’s been floated as a possible ticket-mate: Warren has reportedly chatted with Florida’s Andrew Gillum, which led to speculation she could be courting him, and she’s worked closely with Georgia’s Stacey Abrams, who has said publicly she’s open to a VP run. But for now at least, Castro is joining Warren on the campaign trail right away—he’s scheduled to join her at an event at the Kings Theater in Brooklyn on Tuesday night.

For her part, fellow Warren-endorser Rep. Ayanna Pressley seems pleased to welcome him aboard.

The question for now is if adding Castro to the team, if not the ticket, helps her chances. She can use all the help she can get, as the latest polling shows her lagging behind Bernie Sanders, Joe Biden, and Pete Buttigieg in Iowa and New Hampshire. Each of the top-three candidates have 23 percent support from voters in those states at the start of this long-awaited election year to Warren’s 16 percent.