Translation: If I can't have Brady, no one can. 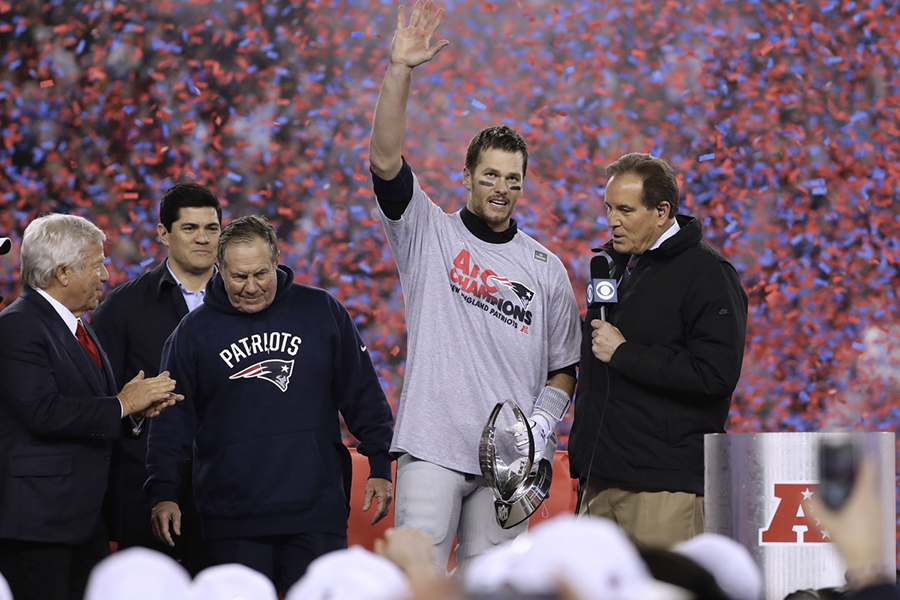 For New England fans watching the Patriots’ devastating wild card weekend loss to the Tennessee Titans Saturday, it was hard to shake the feeling that this wasn’t just the end of the 2019 season, but the end of a certain beloved dynasty.

The loss, a fitting conclusion to one of the worst seasons of the Brady/Belichick era, kicked the retirement rumor mill into high gear. Will the GOAT’s final pass, a yikes-inducing pick six, motivate him to stick around another season? Are Tom and Gisele ready to settle in for their electrolyte-and-supplement-fueled retirement now? Or will we see the Brady name emblazoned on a different-colored jersey next year?

Robert Kraft, for what it’s worth, really hopes it’s not the third option. In an interview with sportswriter Peter King published Monday morning, Kraft insists that he wants his golden boy to do whatever makes him happy, unless what makes him happy is signing to any other team in the NFL.

“Before the season started,” Kraft said, “it was very important to Tom that he be free to do whatever he wanted at the end of the year. You know what I said to myself? That any person who plays 20 years for this team and helps us get to six Super Bowls, and been really selfless, has earned that right…And you know, my hope and prayer is number one, he plays for the Patriots. Or number two, he retires. He has the freedom to decide what he wants to do and what’s in his own best personal interest.”

But Kraft had some thoughts about what that best interest might be.

“I’m thinking of all that, of all the quarterbacks who went elsewhere,” Kraft continued, “And I just hope and believe that Tom…I just hope and pray we fit into his plans.”

This is perhaps the clearest statement we’ve heard from the Patriots organization about Brady’s future. Belichick and Brady have been mum on the subject for months, and their press conferences this weekend were no different.

“I know you just came off the field, but what is your thought process on what you do next?” a reporter asked Brady after Saturday’s game.

“Yeah, I just came off the field. You’re right,” was Brady’s curt response. He later conceded, however, that retirement after this offseason is “hopefully unlikely.”

As Belichick was peppered with questions about both Brady’s next steps and his own plans for coaching, he gave a secretive, stony, and grammatically questionable response.

“All the future questions are the future,”  he said, sphinx-like.

Well, Brady and Belichick can’t speak in riddles forever. The 42-year-old QB will become a free agent for the first time in his career on March 18. If he is going to play for the Patriots again, it’s in the team’s best interest to work out his deal for next year before his contract voids. Until then? Take that newfound free time you have on Sunday afternoons to make like Kraft and start hoping and praying.