Here's what I learned. 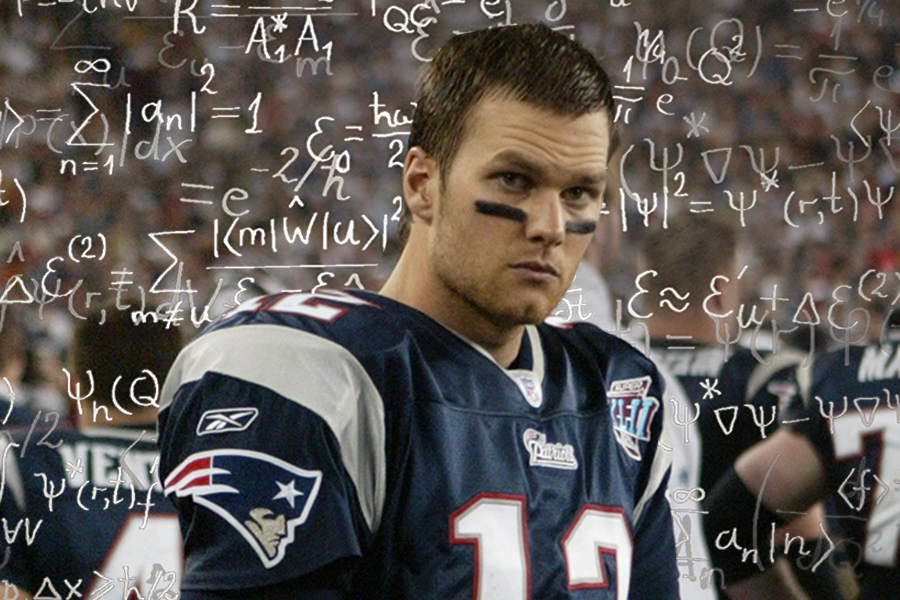 In this time of great unrest in Foxboro, we’re all desperate to forget this mediocre Patriots season and just finally know whether or not Tom Brady, man of mystery, is going to give it another try. Well, buckle in football fans: Just days after admitting that retirement is “hopefully unlikely,” Brady has blessed us with a very long, reflective Instagram post, and it’s absolutely rife with subcontext.

I just wanted to say to all of our fans, THANK YOU! After a few days of reflection, I am so grateful and humbled by the unconditional support you have shown me the past two decades. Running out of that tunnel every week is a feeling that is hard to explain. I wish every season ended in a win, but that’s not the nature of sports (or life). Nobody plays to lose. But the reward for working hard is just that, the work!! I have been blessed to find a career I love, teammates who go to battle with me, an organization that believes in me, and fans who have been behind us every step of the way. Every one of us that works at Gillette Stadium strived to do their best, spent themselves at a worthy cause, and prepared to fail while daring greatly (h/t Teddy Roosevelt). And for that, we’ve been rewarded with something that the scoreboard won’t show – the satisfaction of knowing we gave everything to each other in pursuit of a common goal. That is what TEAM is all about. In both life and football, failure is inevitable. You dont always win. You can, however, learn from that failure, pick yourself up with great enthusiasm, and place yourself in the arena again. And that’s right where you will find me. Because I know I still have more to prove.

On the surface, it may look like a textbook sentimental celebrity post, much like the ones Ariana Grande shares after a tour or a Bachelorette contestant shares after he gets his heart broken—but after nearly two hours of close-reading, I have determined that this particular ’Gram actually holds the keys to understanding the QB’s plans for the future. If you’re willing to follow the trail of breadcrumbs he has left, that is.

Now, let’s get the obvious one out of the way first. While this post is on the whole shrouded in mystery, the final five sentences are actually pretty unambiguous: “In both life and football, failure is inevitable. You dont [sic] always win. You can, however, learn from that failure, pick yourself up with great enthusiasm, and place yourself in the arena again. And that’s right where you will find me. Because I know I still have more to prove.”

Translation: this GOAT isn’t cooked yet. Sorry, rest of the country, but I am taking “that’s right where you will find me” as firsthand confirmation that Brady is not planning to retire after this offseason, especially when you take his comments from the weekend into account. Did anyone really think that he’d hang up his cleats after throwing a pick-six? Anyway, we’ll definitely be seeing more of TB on the field next year, but that still leaves some lingering questions, like: where?

To answer them, come: let’s dive deeper into Brady’s prose.

All signs point to Brady sticking with the Pats.

His teammates “go to battle with him.” The organization “believes” in him. Everyone who works at Gillette “gave everything to each other in pursuit of a common goal.” That’s some pretty high praise—but is Brady gushing over the team he’s never going to leave, or buttering up his New England fans so they don’t make teeny tiny voodoo dolls out of their shredded #12 jerseys or build bonfires out of their PLIABILITY™ foam rollers when he signs with another franchise?

To me, the tone sounds like the former. Just compare this post to the last time Brady publicly reflected about a big loss, in a post he shared February 9, 2018 shortly after the Philadelphia Eagles won the Super Bowl:

It has taken me a few days to reflect on our SB loss as well as the great season our team had. There are many emotions when you come up short of your goal. And they are all part of learning and growing in this journey of life. Learning turns everything into a postitive. And the number one feeling I have had the past 4 days is gratitude. Gratitude to my teammates for the incredible effort given all season regardless of the challenges we faced. Gratitude toward my coaches for the effort and sacrifice they make to put us players in the best position to win. Gratitude to the NEP organization for supporting us on our very challenging and difficult journey. Gratitude to the Philadelphia Eagles team and organization for bringing out the best in us and being gracious winners (as well as congratulations on winning the championship) Gratitude toward our fans who showed up every week to cheer us on and commit their time and energy and love and support to what our goals are. And gratitude to my family and friends who continue to love and support my dreams. Thank you all. I love you all. Best, Tom

There are several distinctive parallels here, from the “few days” of reflection to Brady’s gratitude toward his teammates, the franchise, and the fans. They’re thematically identical—it’s almost like Brady scrolled back on his Insta feed, copied his caption from 2018, and just added a few updates, including those telling last few lines. To me, a former English major, this symbolizes the static nature of Brady’s character: Were he planning to make a major life change—like, by leaving New England behind—his language would reflect it, intentionally or not.

If that’s a little too woo-woo for you, allow me to convince you via the unquestionable and solid facts of history. Turn your eyes to the odd parenthetical located in paragraph 2 lines 3-4: “(h/t Teddy Roosevelt).” Brady disguises this shout-out to the 26th president as an attribution for the quote he’s somewhat citing here: “The credit belongs to the man…who at the worst, if he fails, at least fails while daring greatly.” However, those of us who are familiar the biography of the ol’ Trust Buster know that Roosevelt holds a very important place in football history. In the early 20th century, the game was at major risk of being abolished because protective equipment was basically nonexistent and players kept getting gruesome injuries. On Oct. 9, 1905, however, Roosevelt saved the sport by assembling a bunch of football coaches at the White House and, per his signature strategy, spoke softly and asked the coaches to please make their teams calm down a little bit.

By loosely quoting Roosevelt’s words—not even placing them in quotation marks; simply slipping them in as if they were his own—Brady is subtly referencing this famous football story and suggesting a parallel between himself and the president. Rumors have swirled over the past two years that Brady has been on troubled terms with coach Bill Belichick, but through this reference, Brady hints that he and Belichick have spoken softly together themselves, and have reached a mutually satisfying agreement to allow their dynasty to continue next year.

Still skeptical? Argue with this: We all know that a picture is worth a thousand words, and on Instagram, that ratio skyrockets. So, for further analysis, it’s critical that we also close-read the photo that Brady chose to share here. Brady is clearly the star of the show in this photo, standing in focus at the center of the shot, but there’s one other visible Patriot in the frame: #15, rookie wide-receiver N’Keal Harry. There are thousands of photos Brady could have chosen to feature here—why choose one with Harry in the background? After scanning Harry’s Wikipedia page, I have determined that there’s only one solution that makes sense. In the Pats/Cowboys game on November 24 this year, Harry caught his first career receiving touchdown from Brady off a 10 yard pass. When you add the numbers relevant to this moment—11 and 24 for the date, plus 10 for the yardage—you get 45, which can only symbolize one thing: The age Brady, now 42, is telling us he will be when he does retire. His mind!

Evidence to the Contrary

I’ll tell it to you straight: I think it’s pretty clear from the rock solid evidence above that Brady is going to stay with New England next year. However, we can’t totally rule out that he could leave, and there have been plenty of clues prior to today that have indicated that Brady might be planning an exit. Does this Instagram post support this narrative? Not so much. But maybe. Try on some of these for size:

The last two lines contain a reference to a famous rift within the Patriots’ organization.

“And that’s right where you will find me. Because I know I still have more to prove.” Could the first letters of these sentences, A and B, be a reference to the initials of one Antonio Brown, whose controversial firing from the franchise was rumored to have caused a rift between Brady and Robert Kraft? It’s not NOT possible.

He capitalized only three words: THANK YOU and TEAM.

Kind of sounds like what you’d say right before you bow out.

In the photo, his left foot is off the ground.

LEFT is the past tense of LEAVE. He’s leaving!