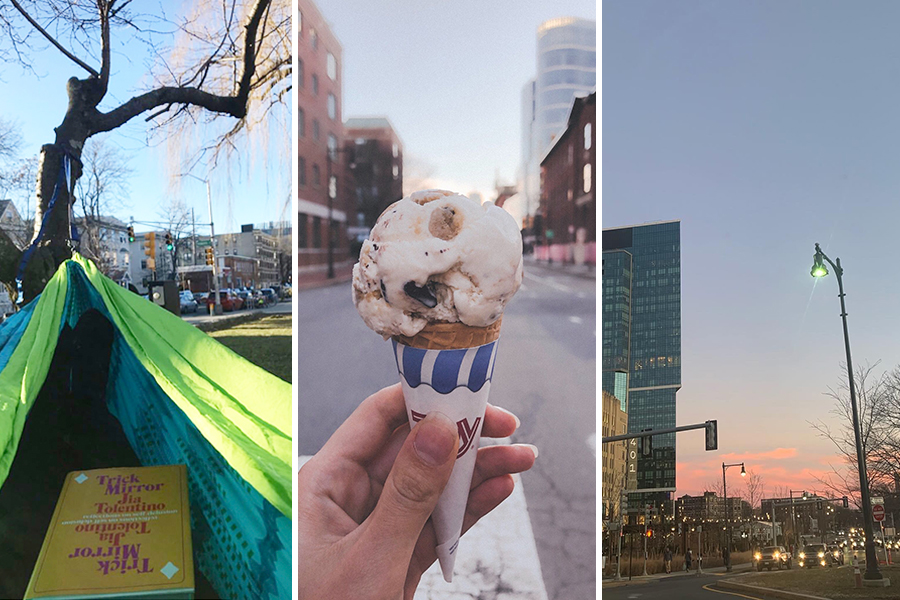 Waking up to a sleety drizzle on a Monday morning is never fun, but it’s an even bigger downer than usual when it’s coming on the tail end of a spectacular, weird, kind-of-end-timesy summer weekend in January. This past Saturday and Sunday will go down in history as two of the now four January days in all of Boston’s weather record keeping history that have reached 70 degrees or higher in Boston. The other two hot January days were in 1876 and 1950.

While we knew going into the weekend that temps were going to climb unusually high, the weather was even more extreme than meteorologists had initially predicted. Initially, it was unclear as to whether or not Saturday would break the previous record for that day, 62 degrees. However, temperatures eventually climbed up to 70. After some brief morning rain, Sunday was even warmer, reaching 74 degrees and destroying the day’s record high of 61.

Yesterday’s high and low in Boston was almost exactly normal for January 11th…if we lived in Orlando, Florida. pic.twitter.com/pftQAta3Fv

Some were disturbed by the climate change implications of these soaring temps. Others were just thankful to shed their parkas for a couple of days. One thing’s for sure though: Those sunny skies had Bostonians up to all kinds of summery foolishness. Yes, it was perhaps technically still a little too cold to host a backyard barbecue or stroll around the Esplanade in shorts, but that didn’t stop anyone from trying—and who knows when the next time you’ll get to pull out your flip flops will be? Here are some of our favorite scenes from Boston’s summer in January weekend.

Yesterday was the warmest January day ever recorded in Boston: 74 degrees! ☀️ The Public Garden was packed like it was April. [BretClancy.Etsy.com]

It’s a little warm, 71 degrees. So Zamboni Man is smoothing out a half inch of standing water on the ice. #babyitswarmoutside #bostoncommonfrogpond

When its 73 in January in Boston we go to the beach!!

Dont half ass it. 70 degrees in January doesn’t happen every day.