A Boston Police officer is accused of forgery, witness intimidation and misleading an investigation after mailing a fake ticket to a driver who cut him off. 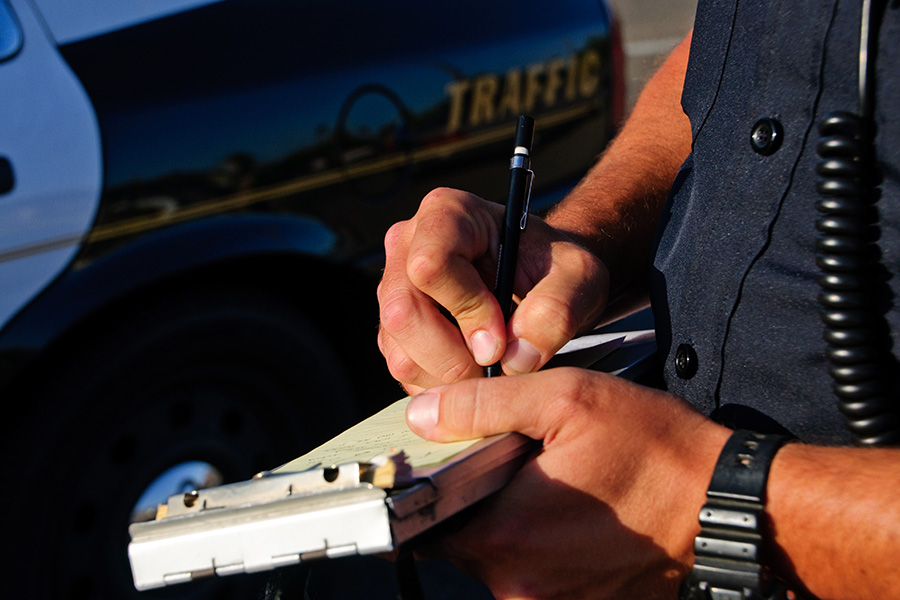 Driving around these parts sucks, notoriously. We all get a little fed up on the road sometimes, and release our distemper by speeding up intimidatingly, honking the horn for way too long, flipping the occasional bird at our fellow drivers—you know, the stuff of the garden-variety Masshole. However, last year, a Boston Police Department officer took his road rage to a perhaps unprecedented level, and he’s now facing unpaid leave from the force for his…unconventional intimidation tactics.

Tuesday, Officer Christopher Curtis was arraigned in Suffolk Superior Court and pleaded not guilty to charges of forgery, witness intimidation and misleading an investigation, all linked to an incident he allegedly perpetrated on I-93 South last March. According to court documents, a man told police he was driving near Stoneham on the highway when a white Toyota Tundra pickup truck came very close to the back of his vehicle. The person in the Tundra honked at the man, accelerated, merged into the lane on his right, and then swerved into the left lane, forcing the man’s car “within inches of the median barrier.” The incident lasted for about 10 minutes, until the driver of the truck abruptly exited the highway. The man did not see who was driving the Toyota, but remembered that it had a damaged or missing front grill.

A week later, the man received an envelope with the Boston Police Department logo on it that contained a $790 ticket. It also included a rather menacing handwritten note, per Boston 25:

Watched you go in and out of Traffic, Tried Pushing my truck OFF the Road Just to get into the left lane. Clocked you going over 90 in a 65. I have a 6 min video of you driving like an ASS HAT, and pulled up next to you and took your picture. TRY Fighting this…I DARE YOU! What happens when you try and run an officer’s truck off the road on 93S. Hope it was worth it. SEE YOU IN COURT

In fact, the recipient of the ticket and note did dare to try fighting this, and when he appealed to Woburn District Court, court personnel noted that the ticket seemed more than a little fishy. The signature on it was illegible, the officer ID number was untraceable, and the ticked listed “State” in the agency code box, making it seem like it was issued by a State Police trooper.

In his initial interview with Boston Police Anti-Corruption Division investigators, Curtis denied any knowledge of the ticket or of being on 93 at the time in question. However, detectives quickly discovered that his cell phone records placed him on the highway during the critical time period, that he owns a white Toyota Tundra, and that the front grill of it was damaged. Plus, the ticket book from which the bogus ticket was issued was checked out to Curtis.

When confronted by the mounting evidence, Curtis changed his tune and “became absurd in his explanations,” court documents say. He admitted to illegally looking up the victim’s license plate while on duty, writing the ticket, using a fake officer ID and mailing the ticket to the victim while destroying other copies. What of the menacing note, though? Curtis says he did not intend to mail it to the victim—”it was meant to be a joke sent to another officer with a gift card,” the documents read.