Springfield Police on That Wild Kidnapper Car Chase Video: “We Don’t Recommend That”

Not to encourage anyone here, but the video is pretty exciting. 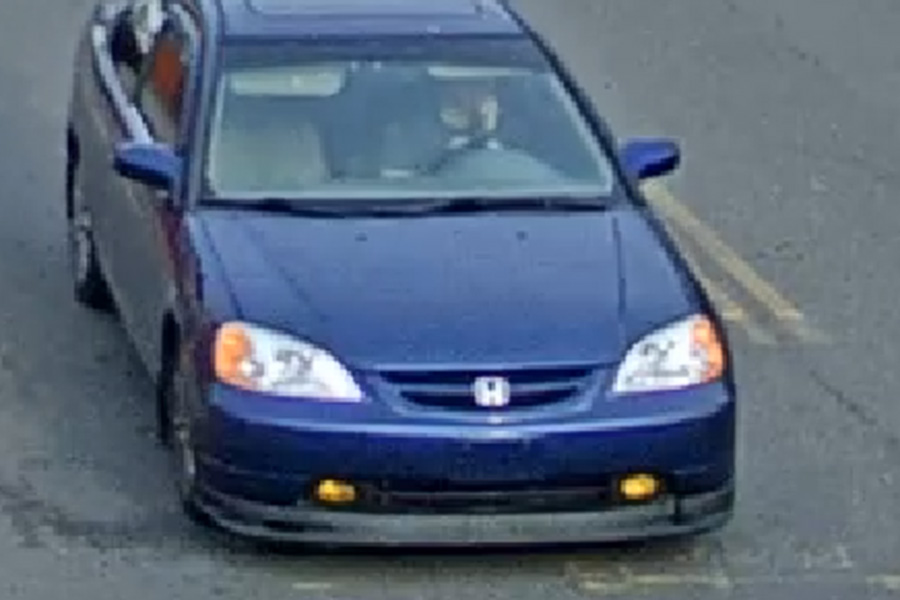 Data has shown that in cases of child kidnappings, time can make a life-or-death difference. That’s why around 4:30 p.m. yesterday, you probably started to see word that 11-year-old Charlotte Moccia of Springfield had been the victim of a suspected abduction. Springfield Police asked the public to be on the lookout for an older model blue Honda Civic, driven by a white or Hispanic male.

SPD is seeking your help to locate 11 year old Charlotte Moccia. She was last seen on Lafayette Street around 1:30pm. She was returning home from Hampden Charter School. This is being treated as a possible abduction (1/2). pic.twitter.com/PLFgQsRD8k

Two hours later, Springfield’s Amanda Disley and her husband, Benny, came across a car that matched the description perfectly. So, Disley did what any 21st century individual who has seen a Mad Max movie would do: She instructed her husband, the driver, to begin a vigilante car chase while she went Facebook Live.

“So we were driving and we pulled up on that Blue Civic, with the plates, the wheels, and everything,” Disley says in the first of her three live video sessions, referencing several of the identifying details police had revealed about the suspect’s car. She goes on to say that she saw some “funny movement in the backseat” that motivated Disley and her husband to pursue the vehicle. As the suspect cut through parking lots, blasted through red lights, and sped up to what Disley estimates was 100 miles per hour, “we chased him and got on the phone with 911.” Eventually, Disley and her husband had to surrender the chase when the suspect managed to drive through an area where Disley’s truck wouldn’t fit, but the couple had already gotten information that would prove to be critical—the car’s license plate number.

Something else they got? Probably the most badass Facebook video I’ve ever seen, courtesy of Disley’s son, who was in the backseat the whole time. In the video, the couple pursues the suspect vehicle past Kennedy Middle School, narrating the high-speed chase to the 911 dispatcher all the while.

Even after Disley and her husband had to give up pursuit, she continued to update her followers as she spoke to detectives and heard helicopters fly into the area. “Yo, there’s mad cops!” she suddenly says, interrupting herself. “I think they might have got him!”

They had. “Troopers flooded the area after a motorist called 911 to report seeing a car matching the description put out by the Amber Alert,” a press release from the Massachusetts State Police reads. “The car was located by troopers in a work zone and pulled over.” The suspect, 24-year-old Miguel Rodriguez, was arrested. Charlotte was safe and sound.

In her videos, it’s clear that Disley is ecstatic to have been able to help in the recovery of the 11-year-old. However, the Springfield Police cautions viewers of the video that pursuing a suspected criminal is not the best course of action.

“We don’t recommend that,” Springfield Police’s public information officer Ryan Walsh told Boston in an interview. What police are hoping civilians can provide in situations such as these is simply information like license plate numbers and last direction of travel. Any type of high speed pursuit, Walsh says, “is extremely dangerous, even for police officers.”

However, Walsh did not skimp on his praise for Disley, saying she provided the force with “very vital information” that, in conjunction with two other tips from the public, helped “all the pieces come together.” So, her risky behavior aside, even the police would certainly agree that Disley deserves some celebration after the night she had.

“I’m about to eat a chocolate cake,” Disley says before logging off, after she received word that the suspect had been found. “Like a whole one.”