What Do Harvey Weinstein, Jeffrey Epstein, and Now Donald Trump Have in Common?

It's Alan Dershowitz, of course. 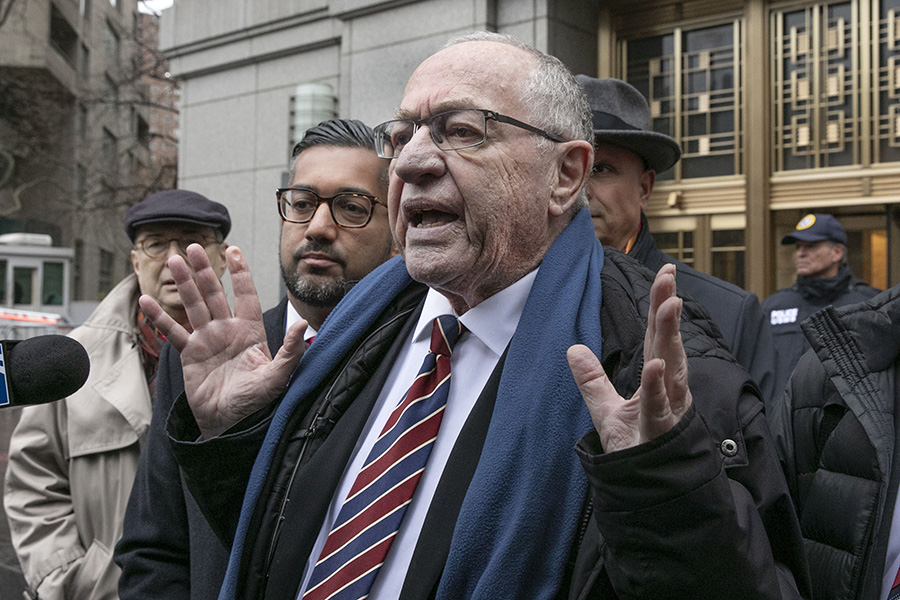 According to a statement from the legal team obtained by New York Times reporter Maggie Haberman, the 81-year-old Harvard Law professor will present oral arguments at the trial “to address the constitutional arguments against impeachment and removal.”

“While Professor Dershowitz is non partisan when it comes to the constitution—he opposed the impeachment of President Bill Clinton and voted for Hillary Clinton—he believes the issues at stake go to the heart of our enduring Constitution,” the statement reads. “He is participating in this impeachment trial to defend the integrity of the Constitution and to prevent the creation of a dangerous constitutional precedent.”

Trump stands accused of two counts of potentially impeachable offenses: Abuse of power by asking Ukraine to launch investigations into the Biden family for his own personal gain and obstruction of Congress by directing Trump administration officials to ignore subpoenas.

Dershowitz has not kept his opinions on impeachment a secret. He wrote a book in 2018 entitled The Case Against Impeaching Trump, and also famously penned a column in The Hill about how his Martha’s Vineyard neighbors totally ruined his summer by shunning him for opposing impeachment. His argument against the measure has been, essentially, that grounds like abuse of power and obstruction of congress do not meet the criteria the framers of the constitution outlined.

After the release of the transcript of Trump’s phone call with President Zelinskyy of Ukraine, Dershowitz stuck to his anti-impeachment stance, saying the transcript did not contain a quid pro quo.

“I did not see either an impeachable crime or any indictable crime,” he said during a Fox Business segment in September.”What I saw was some pretty rough politics. The answer to that is let the other side play rough politics. It doesn’t belong in Congress in an impeachment inquiry, and it doesn’t belong in the justice department. It is not a crime, high or otherwise.”

Dershowitz has also come under fire in recent years for his association with convicted sex offender Jeffrey Epstein. In 2008, the lawyer helped Epstein secure a lenient plea deal, serving only 13 months in county jail and shutting down an FBI probe into the Epstein’s dealings. As recently as a week after the shocking 2018 Miami Herald report that shone a light on the extent of Epstein’s crimes, Dershowitz volunteered that he was “still technically” the pedophile’s lawyer.

Dershowitz is just one of the famous faces teaming up to defend the president. One of the two lead lawyers on the team will be Pat Cipollone, who, per NPR, played a key role in the House impeachment inquiry by “writing aggressive letters to House investigators to deny congressional subpoenas.” The second lead lawyer will be Jay Sekulow, a personal Trump attorney who represented the president in the fight over his tax returns. Former Florida attorney general Pam Bondi, who once thought about suing Trump University but then didn’t, has also joined the team. Pat Philbin, and Mike Purpura, both George W. Bush administration officials, will join as deputies.

Oh yes, and the other big name on the roster? Ken Starr.

this is definitely an “are you fucking kidding me?” kinda day.

The Senate impeachment trial, the third in US history, officially began Thursday with the reading of the impeachment articles against Trump and the swearing-in of John Roberts. The actual arguments will get underway Tuesday.