A judge has thrown out a lawsuit the Somerville mayor filed against the Barstool personality. 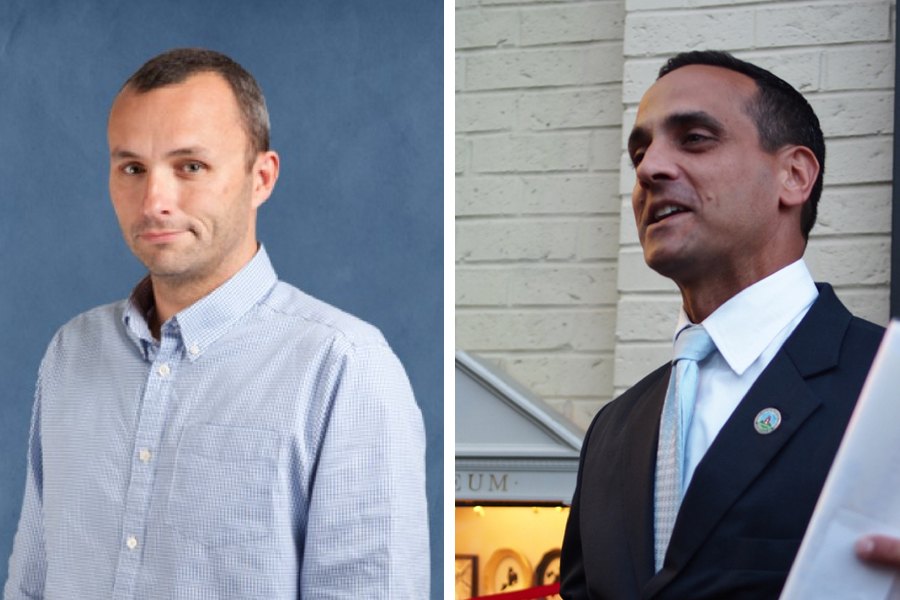 If you were wondering whether it’s okay, legally speaking, to trick a Massachusetts mayor into a recorded interview by impersonating a Boston Globe columnist, we now appear to have an answer: Go for it.

A Middlesex Superior Court judge has thrown out a lawsuit filed by Somerville Mayor Joe Curtatone against Kirk Minihane, the former Boston talk radio host and current Barstool Sports personality, over a prank call Minihane pulled off last summer, in which he posed as the Globe‘s Kevin Cullen to get some on-record remarks from the mayor over the phone.

In case you don’t remember all this, Minihane was coming after Curtatone because the mayor had badmouthed Barstool Sports, which at the time was in the midst of the so-called “Towelgate” kerfuffle over Barstool-branded merch distributed at a Bruins game. So he called the mayor’s office, identified himself as Cullen, did his best to mimic the columnist’s accent, and said he had some questions for the mayor. In a tape that Minihane later posted online, Curtatone can be heard agreeing to be recorded, then teeing off with criticism of the website before Minihane begins peppering him with some pointed questions about his anti-Barstool comments.

After he realized he’d been had, Curtatone sued both Minihane and Barstool, arguing in a complaint seeking damages that thanks to a Massachusetts law against recording someone without their consent, the call was illegal. “It’s a straightforward complaint,” Curtatone said in a Facebook post at the time. “It’s a clear violation of Massachusetts General Law, which forbids audio recording a person without his/her consent, and you can’t obtain that consent through fraudulent means. Barstool flaunts its lack of respect for most things, but it needs to respect the laws that govern the business it conducts.”

But after seven months of hearings and motions, Judge Maureen Hogan has opted to toss the case out, allowing Minihane’s motion to dismiss. In her decision, she writes that because Curtatone presumably knew he was being recorded, it didn’t matter that the person on the other end of the phone was not who he said he was. “[T]he telephone call was not secret and, it follows, not an ‘interception,'” she writes in a judgment dated January 15, citing the definition used by the state in its wiretapping law. “The question of whether Mayor Curtatone could meaningfully consent to the audio recording when he was unaware of Minihane’s true identity is thus irrelevant.”

I think it goes without saying that posing as a Globie to get someone to talk to you is a pretty underhanded thing to do. But as far as the law is concerned, looks like there may not be much you can do about it if it happens to you. So consider this a reminder to be extra sure that you know who you’re talking to when you pick up the phone, especially if you’ve consented to being recorded.

Reached by phone, Curtatone’s lawyer Lenny Kesten says the mayor is weighing an appeal, adding that he does not believe the state has ever considered a case like this one. “It’s a situation that could be decided by the [Supreme Judicial Court], but the question is how much effort we want to put into it,” Kesten says.

Minihane, for his part, is celebrating. “It’s a no-brainer case,” he says in a phone interview. “And I think the more interesting story is that a mayor of a city in Massachusetts is spending his time and resources worrying about being the victim of a prank phone call instead of really serious issues going on in the city.”

He also tells me it’s an indictment of the media in this city that its reporters—who he calls “a pathetic, pandering bunch of morons”—didn’t rally to his defense and see his legal battle with Curtatone “as a free speech issue.”