Is This the Beginning of the End for the Middle East?

The iconic 50-year-old Central Square venue has been put up for sale. 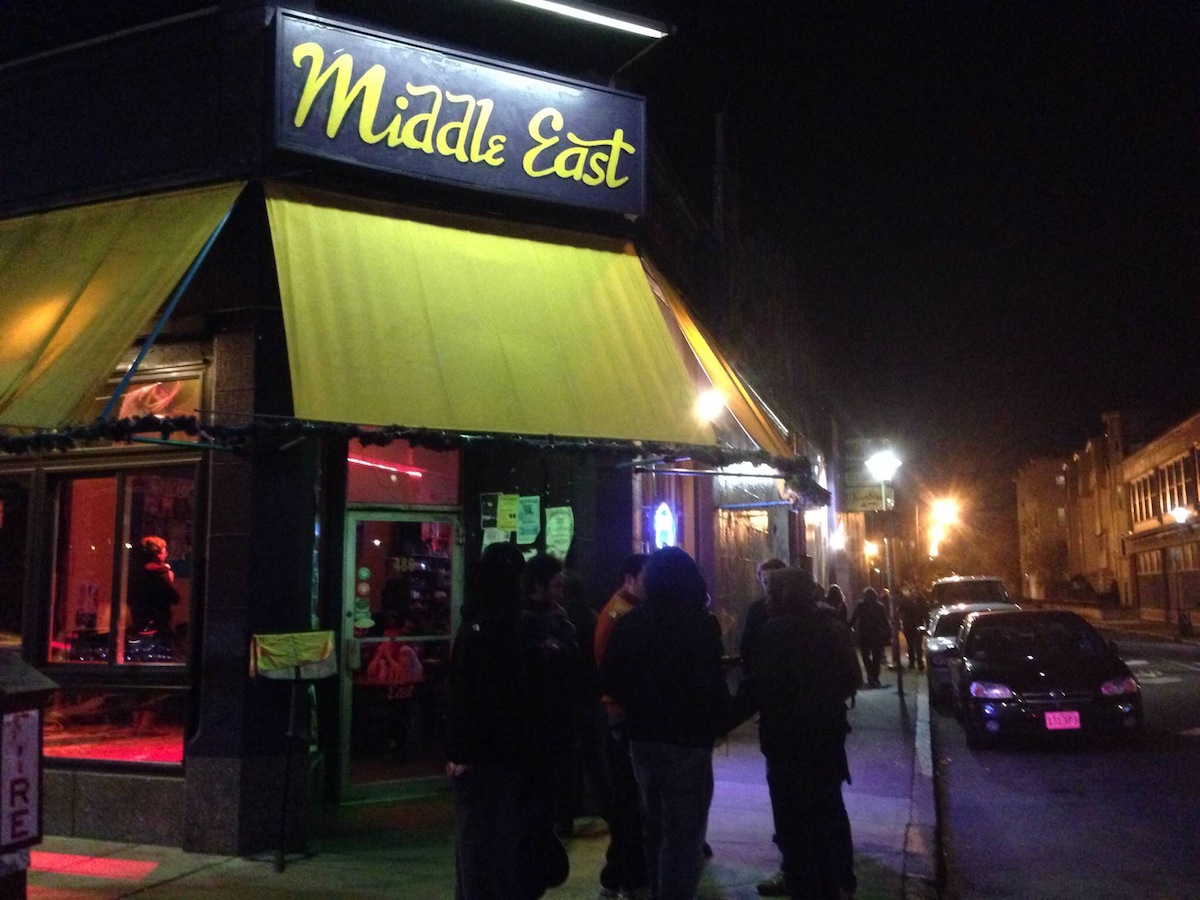 The future of a nightclub that has been a cornerstone of the Cambridge’s live music scene for nearly half a century is now in question. The Cambridge Day reports that the Middle East complex in Central Square—that is, the stages of the Middle East and Sonia, and the restaurant Zuzu—has been listed for sale by co-owner Nabil Sater.

While Sater told the Day that he hopes for a “lease-back arrangement” that would allow the clubs to stay operational, he also admitted that paying the high mortgage on the property has been taxing. The listing for the property is not public, but the Day reports that the asking price for the complex is $40 million. The Saters bought the property in 2014 for $7.1 million, so it is unclear how a new owner would help keep the club in operation—a buyer who pays more than what the Saters initially paid for the property would probably ask the family to pay even more than their already-high mortgage.

However, the Saters seem determined to prove that the beloved Central Square institution won’t be going anywhere. After a brief Facebook post insisting that the Middle East will be involved in whatever development ends up unfolding, the club’s social media has been business as usual, posting promotions for upcoming shows and events.

It isn’t just rising rents that sent the Middle East down this path, however. The venue became the center of controversy in August 2018 after a sexual assault allegation against co-owner Joseph Sater, Nabil’s brother. Joseph Sater stepped away from managing the club, but bookings had already been affected by the rumors, and tensions with performance groups continue to this day. The Sater family has said that the allegations against Joseph Sater are untrue, and charges were never filed. At the time, Alex Pickert, a former talent buyer at the Middle East, posted a letter on Facebook that claimed that, in the wake of the assault accusation, the venue “was not willing to commit to the hard work and dedication it takes to change a toxic culture.” A year and a half later, the unsettled status of the allegation continues to percolate through the indie rock community, and it’s not clear how much it would affect the operation of the club in the future.

Cambridge has been bleeding arts organizations in recent years, with the Deborah Mason School of Dance, the Comedy Studio, Out of the Blue Art Gallery, and Green Street Studios all shuttering. The Middle East had been one of the last hangers-on—and with its future hanging in the balance, Central Square’s claim as a hub for the arts suddenly feels precarious, too.