A Bostonian's guide to which local power brokers are supporting who in the 2020 Democratic primary—and what that says about the state of politics here right now. 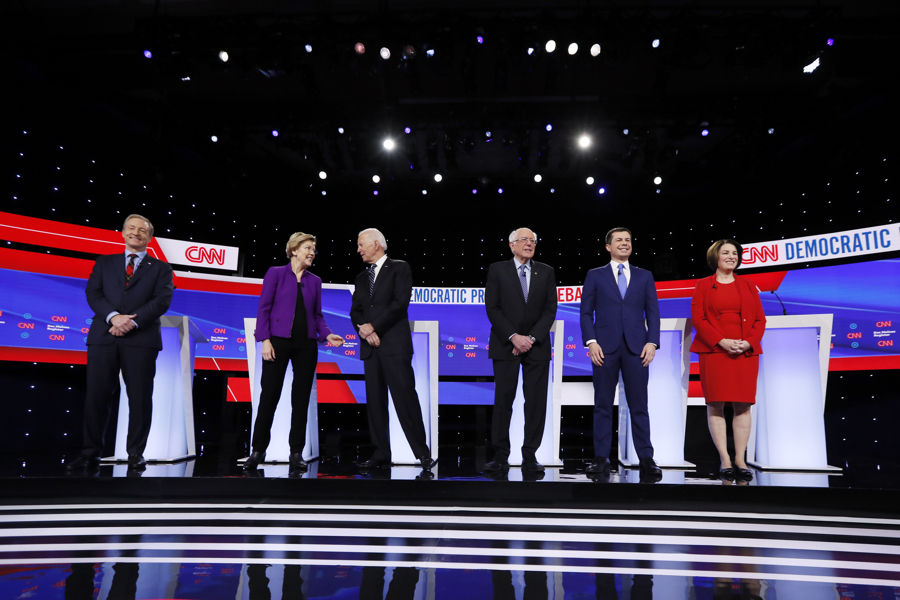 Next Monday, after roughly three years of preamble, the Democratic primaries will finally start in earnest as folks huddle up in midwestern school gyms for the Iowa Caucuses. The arrival of this storied electoral rite means it’s also time for another arcane, sacred tradition: counting endorsements and then arguing over whether they matter. “I’m in the camp that believes they are mainly BS with a few exceptions,” Massachusetts political sage Jon Keller tells me. “It lands in the local paper that a popular local rep or senator or congresswoman or man endorsed so-and-so. It gets you some free publicity. It’s better than getting the coronavirus, but beyond that I don’t think it has much value.”

That may be true, but at least for our purposes they have some use: After all, they offer a rare glimpse into Massachusetts politics—new BFFs, broken allegiances, and most specifically, who’s with Elizabeth Warren, and who’s not. So, what do these tea leaves tell us? I’m glad you asked.

First, there’s business as usual: Local Democrats from the party’s progressive wing have rallied around the hometown candidate with the best odds of winning the nomination: Senator Warren. Of those, Ayanna Pressley’s November endorsement of the former Harvard law professor arguably made the biggest splash. “That was one example in this current crop of endorsements that matters,” Keller says. “It prevented [Vermont Sen. Bernie Sanders] from getting the entire Squad, and Warren needs legitimacy on the left in her death battle with Sanders.” Also lending their support to Warren are fellow senator Ed Markey and his new challenger, Rep. Joe Kennedy III, who are battling to get a leg up on one another in their own election (Warren, for the record, has publicly backed Markey but made that call before Kennedy announced his candidacy).

Still, there have been a few steals and surprises so far. First and foremost, State reps Nika Elugardo and Mike Connolly both went waaaay out on a limb and threw their support not to Warren but to her rival from Vermont, Bernie Sanders. Both Mass pols won their seats by waging successful primary challenges against fellow Democrats, with the backing of the pro-Sanders group Our Revolution. Meanwhile, the Lowell Sun and Fitchburg Sentinel & Enterprise, both under the editorship of Herald alum Tom Shattuck, recently endorsed Andrew Yang. Then there are the centrist buddies of Biden who have thrown their weight behind the former vice president. Former Secretary of State John Kerry, congressmen Seth Moulton and Stephen Lynch, and a group of 23 Massachusetts state reps are all endorsing Biden—a testament to how much clout he has among the party’s more moderate figures. The fact that a Biden endorsement could set them up for attacks from the left—Brianna Wu, who’s challenging Lynch for the nomination this year, is already using it to fundraise—doesn’t seem to bother them.

When it comes to certain Massachusetts politicians, their silence is deafening. Boston Mayor Marty Walsh has been pulling the political version of standing in the middle of the cafeteria with his lunch tray while Biden and Warren wave at him from opposite sides of the room: He’s kept his lips sealed so far, saying early on that he’d wait to see how things play out. It’s not hard to see why: Walsh has close relationships with both Biden, who has a well-documented alliance with the mayor (not only did he speak at Walsh’s inauguration in 2018, he’s done several meet-and-greets with the mayor over the years), and Warren, who backed Walsh when he faced challenger and former city councilor Tito Jackson in 2017. No matter who Walsh endorses, though, his decision could come back to bite him. That’s why, Keller says, “It may be best for him to just say, ‘Look, I’m sitting this out, there are so many people I have the utmost respect for. It’s just too tough for me, so I’ll let the voters speak and then I’ll work my heart out for whoever they choose.’ You can get away with that.”

Walsh isn’t the only one staying mum. Congressmen Bill Keating and Richard Neal have also resisted endorsing anyone, as has House Speaker Robert DeLeo. The Boston Globe Editorial Board hasn’t announced an endorsement yet, either. And speaking of keeping quiet, you can hear a pin drop when it comes to the endorsement chatter surrounding two of our local presidential candidates that no one seems willing to back outright: Gov. Deval Patrick and billionaire former New York City mayor Michael Bloomberg, who hails from Medford and is well-connected in the state.

Maybe the names and the number of political heavies on anyone’s team won’t be the factor that decides whether a candidate pulls off a win in New Hampshire or elsewhere, but here, for your perusing pleasure, are the prominent Massachusetts pols backing Warren, the ones who are not, and who’s backing who.

.@ewarren is absolutely right. The fossil fuel industry has its grip on Washington. When we elect President Elizabeth Warren, we will root out corruption, end drilling on federal lands, and pass a Green New Deal. pic.twitter.com/gpyQ6s4xVm

me: “what are your aspirations?”

me: “oh aspirations are something you hope for.”

9 year old: “Ms. Ayanna, I know what aspirations are. But I don’t have aspirations. I have PLANS”.

Clearly she takes after our next President @ewarren pic.twitter.com/wKe9YHn0SI

It’s time we elect a president with a plan to bring about big, structural change in this country.

That candidate is @ewarren. pic.twitter.com/UcjMGJls2t

Less than two months until the New Hampshire primary! I marked the occasion by making my way to Derry, NH to kick off some canvassing.

NOW is the time for BIG structural change. @ewarren is the candidate who can bring it for us. #WinWithWarren #DreamBigFightHard pic.twitter.com/BdTcSNXBTD

A year in, a year to go. Couldn’t be happier to fight alongside Elizabeth Warren heading into the New Year. https://t.co/euctmpuKN6

Great day in #NewHampshire for @ewarren! I’m inspired by the stories of why voters are uniting for Elizabeth – child care, climate, health care, & opportunity for all. It was cold outside, but we are fired up! #lfg @NHforWarren pic.twitter.com/8tFZJFYUyG

“I know her, I like her, and so far I think she’s doing a very good job running a positive campaign,” Dukakis said. “She isn’t attacking her rivals. She’s making recommendations for serious policy changes, and I think it’s one of the reasons why she’s doing well.”

However, he said that Warren’s support for getting rid of private health insurance under the single-payer plan proposed by Sen. Bernie Sanders was “the one thing she’s done that I hope she’ll walk back.” (source)

I’m proudly endorsing @ewarren for President. From our time working together to keep families in their homes during the financial crisis, to working together to this day to help students, veterans and workers – I know what it’s like to have Elizabeth in your corner. pic.twitter.com/4jIHZHDwXV

Elizabeth Warren is the kind of fearless, visionary & tireless leader we need as our next President. I’m honored to be with her today as she launches her campaign. I’ve seen first-hand what drives her & I know Americans are eager to have a President with a proven track record. pic.twitter.com/mibzk7QJGq

Boston City Councilor, @wutrain, has known @ewarren as a professor, a mentor, a boss and a senator. She visited Iowa to talk about Elizabeth’s next role: president! pic.twitter.com/3lpI7Y02IK

@ewarren has a plan to address economic inequality and instability for poor and working people. She’ll grow unions, fight corruption and expand access to child care. I’m proud to endorse her for US President. #bospoli #mapoli pic.twitter.com/cz8YcpeXCv

The most important task for Democrats in 2020 is to get Donald Trump out of the White House.

Vice President Biden is the best candidate to do that. https://t.co/0F6jE2xPve

Hey New Hampshire – I’m here on behalf of @JoeBiden today! I’ll be taking over the @JoeforNH account as I travel around the #FITN state to talk to voters about why Joe is the best candidate to beat Trump, unite us, and restore the soul of our nation. Follow along! #NHPolitics

Truly honored to stand alongside Dr. @CornelWest in support of the multiracial, working class movement to elect @BernieSanders as the next president of the United States. #NotMeUs pic.twitter.com/9knWWZJeRf

#WhyIStandWithBernie EPISODE 1: TO FIGHT FOR FREEDOM, WITH LIBERTY AND JUSTICE FOR ALL @SenSanders understands that we haven’t achieved freedom yet. He feels the pain of our national heritage and the promise of our national destiny. @People4Bernie pic.twitter.com/SKeTREavsJ