Living near the Green Line Extension Is Hell

Will it all be worth it someday? 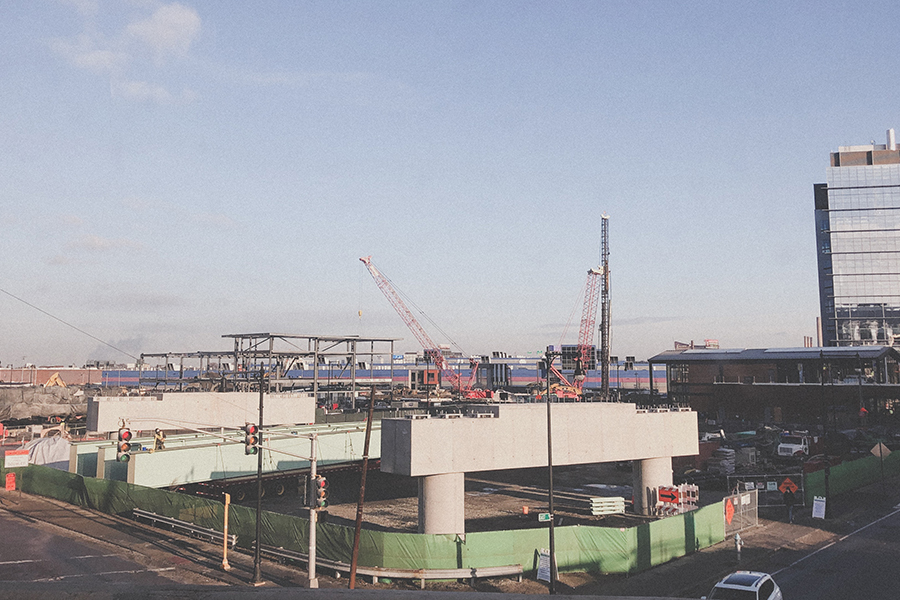 It won’t be long before everyone wants to live in East Cambridge. This quiet, quirky corner of the city has long been overlooked, but that’s soon due to change, courtesy of the MBTA: A shiny new Lechmere station; revamped viaducts, streets, and bridges; and the long-awaited, oft-thwarted Green Line Extension are all quickly becoming a reality in the neighborhood, basically securing East Cambridge’s future reputation as the place to be.

That’s what I tell myself, at least, as I sit in my apartment, mere steps from the construction site of the new Lechmere station. While the East Cambridge of the future may look rosy, the East Cambridge of the present looks like dirt piles, concrete trucks, and many, many workers in reflective vests and hard hats. That’s the status quo I’ve accepted in exchange for a direct ride downtown, but thanks to an upcoming shutdown to complete the extension, even this half-nice but fully convenient version of my commute is about to be stripped away.

In recent days, the MBTA announced the full details of a year-long shutdown of the Lechmere to North Station stretch in order to tear down the station and relocate it across the highway. The transit agency will be giving me, and the 12,000 others who need to travel to or from Lechmere each weekday, a glamorous shuttle service that will set forth from the soon-to-be-defunct stop and then crawl through traffic to North Station. As of now, there’s no plan to give those shuttles a bus lane—which means, given the volume of vehicles on Monsignor O’Brien Highway every morning, I can kiss my convenient, direct ride into Boston goodbye.

I’m mad about it. The promise of new and improved Green Line service a year from now is sweet, but does living through the implementation have to be such a pain? 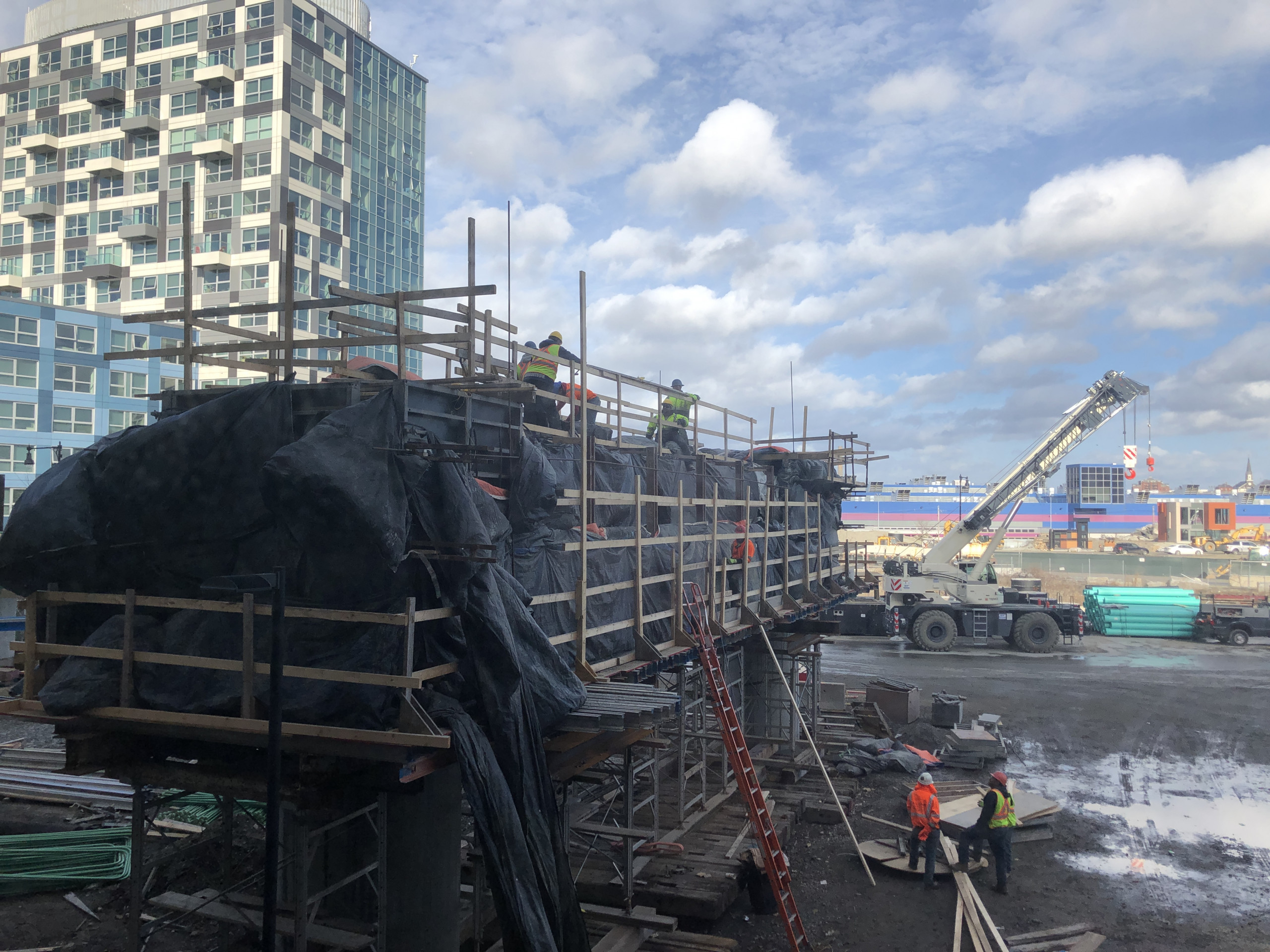 Don’t get me wrong, I’m used to making compromises to live in harmony with this rundown T and bus stop. I depend on public transit to get around the city, and living close to Lechmere perfectly situates me to get to Boston, Somerville, or elsewhere in Cambridge—I’m a short bus ride away from Harvard, Union, and Porter Squares, a direct ride to the Museum of Science, Prudential Center, and MFA, and I can make it to North Station in minutes. So to me, the convenience of where I live is well worth a lifestyle adjustment or two—I’ve simply hung thick, sturdy curtains to keep out the station’s floodlights; bought an air purifier to assuage my fears about the long-term effects of breathing in Train Grime; and taught myself to hear a peaceful lullaby in the piercing, metallic SKREEEEEEE of the T making its final loop around the tracks at night.

I’ve even forced myself to adapt to life adjacent to a construction zone. I drink my morning coffee to the sounds of heavy machinery clanking, grinding, and ka-thunking away. Getting to the grocery store—or anywhere, really—involves leaping over copious gaps in the sidewalk where the concrete has been pulverized. And it is often easier to run across all four lanes of the O’Brien Highway than dodge the bulldozers and cones blocking the path to the crosswalk. Yes, it’s been frustrating—but my apartment is a public transit-taker’s dream.

The MBTA is, of course, in a terribly sticky situation when it comes to the Green Line Extension, thanks to poor long-term planning and a too-tight budget. The entire project is famously years overdue (it’s been on the drawing board since 1990, and ground first broke in 2012), and now traffic is at an all-time high while the population of East Cambridge and the surrounding areas has exploded. But the solution the MBTA is posing to this major closure—sending a fleet of buses out to promptly get stuck in one of the busiest traffic corridors in the city—feels like a slap in the face to me and the rest of the residents of Cambridge and Somerville. We already have to deal with the GLX construction noise, bridge closures, and bus diversions, and now we’ll also have to deal with a radical shift to our morning commutes. “It’s kind of a poke in the eye of the traveling public,” says Ari Ofsevit, a board member of TransitMatters. “It doesn’t show any creativity.”

Ofsevit and I spoke over the phone as he biked around the Lechmere construction site, just beyond where I live. A more creative solution, he suggested, as he looked out at O’Brien Highway, would be for the MBTA to take a closer look at where the people who come through Lechmere are going—are they really riding the E line to work, or are they transferring to the Red or Orange Lines? Many commuters are likely doing the latter, which means that directing shuttles to the nearby Kendall Square or Sullivan Square stations could be more effective than sending the whole fleet toward North Station. “I feel like the issue is that the T does not look at the holistic picture when they do these shutdowns,” Ofsevit says. “The Lechmere station shuttle alone is not really a good way to serve the customer.”

Mike Connolly, the state Representative for East Cambridge and East Somerville, is a little more optimistic about the short-term fix the T has proposed. While he acknowledges that the plan has its shortcomings, and that more advantageous planning on the part of the MBTA could have saved us from some of the headaches we’re facing today, he says that his interactions with the GLX team have been largely positive, with the team showing great investment in hearing the community’s concerns. “We’re pushing them to develop the best plan possible,” Connolly says. “Once this operation is underway, we need to really try to monitor it in real time and be prepared to make whatever adjustments may be necessary.” Connolly suggests that small fixes made after the shuttle system is in place, such as changing the timing of traffic lights or giving shuttle buses a limited priority lane, might help speed things up for transit riders, and he’s confident that the GLX team will be responsive.

The refrain that MBTA officials have been echoing throughout GLX construction has been “short-term pain for long-term gain.” But as I ride the E Line over the Lechmere viaduct to North Station and gaze at the bumper-to-bumper traffic on the highway below, it’s hard to think in anything but the short term. For a year starting this April—that’s two commutes a day, 10 commutes a week, 40 commutes a month—I’ll go from having a well-connected public transit station right outside my door to being completely at the mercy of shuttle buses.

To add insult to injury, residents from Medford to Union Square to East Cambridge are all absorbing the MBTA’s growing pains, but I can’t stop wondering how many of us will actually be able to access the payoff we’ve been promised. Once the GLX arrives, how long will it take for an even higher cost of living to make its way down the tracks, too? It’s easy enough to walk down Cambridge Street—past the quiet local storefronts, the scruffy churches on every corner, Mayflower’s “Fresh Poultry Live Killed” sign—and feel miles away from the boutique fitness studios, grain bowls, glass walls, and million-dollar condos of Boston proper. But at the GLX site looming outside my door, it’s clear that change is coming, and it all looks awfully…nice. It’s a thought more unsettling than the piercing squeal of a 2 a.m. Green Line train: My backyard is a construction site, my commute is getting derailed, and the long-term gain seems likely to be for someone else.