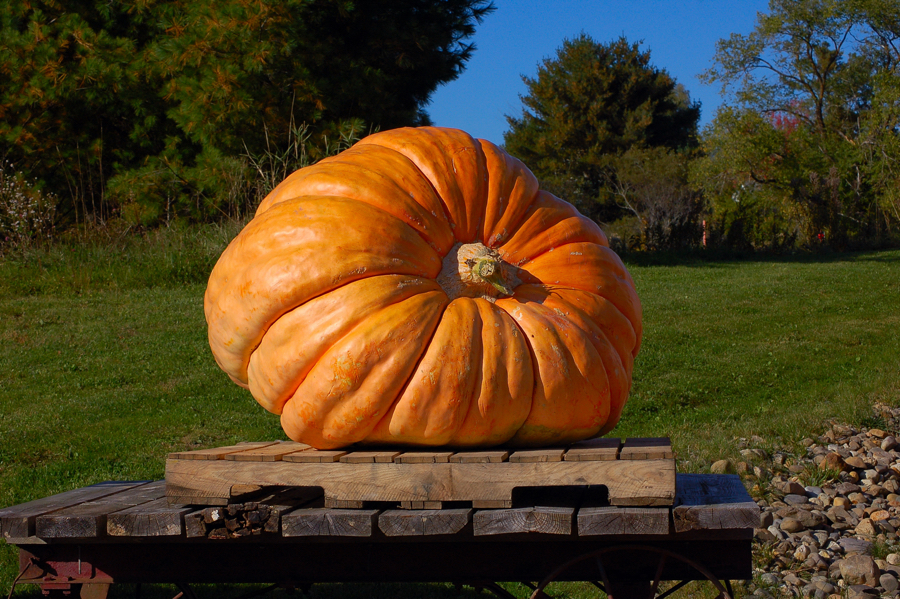 Until about a week ago, Harvard professor Charlie Lieber was best known as chair of the university’s prestigious chemistry and chemical biology department and for his innovations in nanoscience. Then, last week, the feds dropped a series of bombshell allegations: According to the U.S. Attorney’s Office, the Chinese government paid Lieber seven figures to help set up a university in China’s Wuhan province and to participate in a talent recruitment program that the FBI believes was a front for stealing proprietary research—which Lieber allegedly did not disclose to Harvard and later lied about when asked about it by law enforcement. He faces up to five years in federal prison and was released Thursday on $1 million bail.

But during the time period when federal investigators claim he was on the take from China, the Harvard professor was also carving out an altogether different life: Charlie Lieber was becoming a pumpkin king.

Lieber’s reputation as a champion grower of truly massive pumpkins was arguably cemented on a Sunday afternoon in 2014. Standing in a sun-splashed field at Frerichs Farm in Rhode Island, spectators that day must have sensed that Lieber’s VW Beetle–sized pumpkin—the largest he’d yet to grow at his Lexington home—would be a contender. “Charlie grows two plants a year and he’s always in competition for the final three pumpkins here,” Ron Wallace, a world-renowned pumpkin grower and the competition’s emcee, said into a microphone at the competition, as judges maneuvered the vegetable onto a scale. “What a real student of the game—a technician. He always brings us a monster pumpkin, and he did not disappoint again this year…Charlie Lieber going heavy and bringing a whaaaale here today, at 1,870 pounds!” By the end of the annual Weigh-Off, Lieber stood along as champion, beating out 44 other pumpkin growers for first prize and breaking a Massachusetts record—which he himself had set two years earlier.

Lieber made a name for himself on the pumpkin circuit relatively quickly. As he explained in a 2014 interview with the Harvard Crimson, Lieber took up his competitive hobby after reading about the art and science of pumpkin growing in a book, and “just decided to give it a try for relaxation…stress relief from work.” He started competing in 2007 and took the top place for the first time in 2010.

Word soon got around: The story of a Harvard professor known mostly for the study of things very small, who was now using his scientific prowess to dominate in the world of oversize produce, had obvious appeal. After his record-smashing 2014 victory, media outlets reported the story from coast to coast, including a shoutout on Good Morning America of the contrast. Locally, he was famous in his hometown of Lexington for turning his truly giant pumpkins into the most absurdly large jack-o’-lanterns you’ve ever seen. Because of his stature as a leading man of science, Lieber briefly became the face of the pumpkin growing community—which doesn’t exactly get a lot of national recognition.

Now, in the wake of criminal allegations against Lieber, the competitive pumpkin growing community won’t hear a bad word spoken against their champ. When I reached out this week to Wallace, who is himself a legend among pumpkin growers worldwide and sells his own brand of jumbo-pumpkin fertilizer, he declined to talk, saying that he didn’t want to risk coming off as critiquing one of his own. “Charlie is a damn good grower who has been competing for many years,” he tells me. “That’s all I am going to offer. I know everyone is looking for dirt, no pun intended, but Charlie is very well respected in our community.” Other heavy-hitters who’ve grown at the competitive level either didn’t return my emails or brushed me off. Pumpkin pulp, it seems, is far thicker than water.