Is the BSO Ready for a New Tune?

The Boston Symphony Orchestra has tons of talent, money, and clout. With longtime president Mark Volpe stepping down, it also has an opportunity to step up its act. 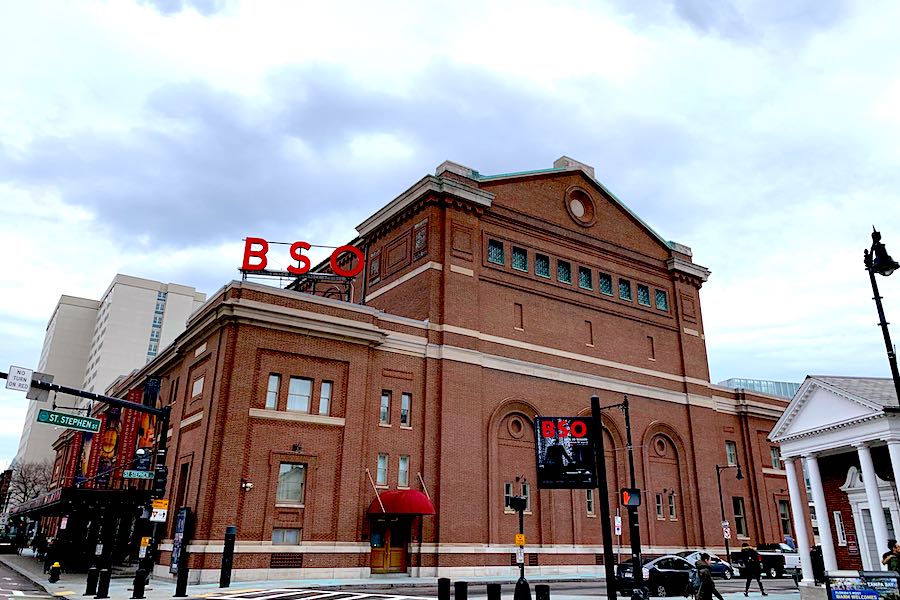 Changes are afoot at Symphony Hall. / Photo by Scott Kearnan

A number of years ago, I was co-chairing a fundraiser for a large local nonprofit. It was a seated black-tie dinner in a hotel ballroom, with a program dominated by Very Important Lengthy Speeches from Very Important (mostly white) People—the kind of rigid, stodgy format that is bound to be financially successful, but also feels increasingly outmoded, and makes it difficult to interest and excite new patrons. When I raised that concern with the organization’s development department, the response I received was fairly predictable: If it ain’t broke, why fix it?

Not to be morbid, but later, as I looked out over the sea of gray hair that cascaded over the dinner tables, I had a pretty good idea why it needed to be fixed.

I was reminded of this experience upon hearing the recent announcement that Mark Volpe, president and CEO of the Boston Symphony Orchestra, plans to step down early next year. Volpe has been in the role for more than 20 years, and there’s no doubt that he has presided over a particularly impressive era for the BSO. Coffers are full: Volpe has more than tripled the BSO’s endowment, and at $456 million it’s now the largest of any American orchestra. He has forged exciting partnerships—including a sister symphony-style collaboration with Germany’s renowned Gewandhausorchester Leipzig—and transformed Tanglewood into a newly year-round outpost in the Berkshires with an innovative learning institute. During his tenure, the organization even established its own Grammy-winning record label, BSO Classics. No one is questioning the orchestra’s talent or world-class reputation.

But they are starting to question its relevance. Just a few months ago, the New York Times fired loud warning shots that under Andris Nelsons, the second music director hired under Volpe, the BSO seems “stalled in the old.” Though the BSO couldn’t be reached to comment on this criticism by deadline, the Times’ perspective jibes with feedback I’ve received from local classical music experts and culture vultures. “It’s been enough years to be disappointed,” says Lloyd Schwartz, a classical music critic for NPR’s Fresh Air.

While he and others effusively praise how Volpe has strengthened the infrastructure of the organization, they’ve also expressed concerns that the BSO has been playing it safe artistically, coasting toward easy-listening-level territory instead of asserting the bold choices, dynamic repertoires, and challenging points of view you’d find at more progressive-feeling outfits, such as the LA Philharmonic.

That needs to change—and new leadership is an opportunity to see that it does.

It’s no secret that classical music organizations around the country are struggling to attract new audiences—particularly younger, more diverse crowds—without scaring off the old guard that keeps the lights on. For the BSO to thread that needle, it must consider who is reflected in its programming—or maybe more accurately, who is not. Where are the composers of color? Why are so few women composers represented?

Those are the questions being asked by folks like Liane Curtis, president of Women’s Philharmonic Advocacy, a nonprofit that works to get women composers their due. She is also part of a collective dubbed Expand the Rep, which has lobbied the BSO to commit to more diverse programming. More than 60 musicians and academics petitioned the organization in 2017; the letter, which resulted in a meeting with the orchestra, pointed out that 72 of the 73 pieces in the BSO’s 2017 to 2018 season were composed by white men. Curtis believes that the pressure did bear influence on the subsequent season, but that faint progress, she says, has not been sustained.

It’s not a good look. Especially when you consider that last year, the BSO settled an equal-pay lawsuit with principal flutist Elizabeth Rowe, who was making about $70,000 less than the principal oboist; a number of other principal musicians were also earning more than Rowe. All are men.

This isn’t about achieving good optics, or perfunctory quota-filling as an act of performative wokeness. Things like this matter—really matter—to the audiences of today and the future. We enjoy hearing more voices. We like to cover more ground. We want to see boundaries blurred and challenged. “My hope for the future is that the BSO will take the lead in helping to expand the cultural relevancy of western classical music. I think it has the potential to do so,” says Michael Shinn, dean of music at the Boston Conservatory at Berklee. “[Arts organizations] need to diversify classical music…and consider how other musical styles and artforms can engage with the western canon.” That’s certainly a priority for the Conservatory, he notes: Last year, for instance, musicians from the organization performed orchestral arrangements of David Bowie’s final album, Blackstar, accompanied by augmented reality-style projections.

To be clear: Nobody expects—or wants—the Boston Symphony Orchestra to suddenly become Beychella. (Leave the pop to the Pops.) But the BSO ought to seize the opportunity that comes with filling Volpe’s shoes and choose a new leader who will make it a priority to push the orchestra forward artistically, reengaging underwhelmed subscribers while widening the tent. Thanks to Volpe, the BSO can afford to take bigger chances: Its generous endowment and great esteem have it better positioned than many to weather the challenges facing aging arts institutions. The next president will determine whether the organization cashes in on that potential.