Why Massachusetts Should Legalize Magic Mushrooms

With untapped clinical potential and a cleaned up image, psychedelics are the next frontier in legalization—and we’re better poised than almost anywhere else to make the most of it. 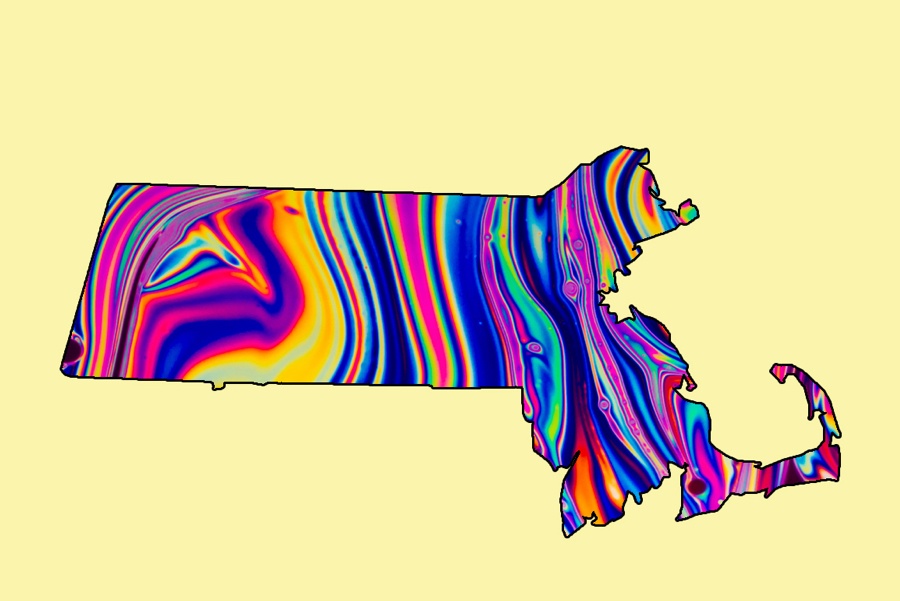 It wasn’t all that long ago that legal pot in the good ol’ “Just Say No” USA seemed like a fantasy. While it seemed rather absurd that you could go to jail for a drug that arguably caused minimal social harm, common sense didn’t seem to make a dent in our drug policies. And then, slowly, things changed. Too slowly, if I’m being honest. But here we are, in a new era of legal weed. The sky didn’t fall. The fabric of society hasn’t been torn asunder (or not because of pot, anyway). Still, it’s no time to kick back, reach for a pre-rolled joint, and bask in the triumph of sensible progress. Folks, it’s time to talk about legalizing psychedelic mushrooms.

I know what you’re thinking, but the idea is actually not as crazy as it sounds. In the past year alone, Denver, Oakland, and Santa Cruz have each voted to decriminalize natural psychedelics, including mushrooms. Washington D.C. this week took a major step toward a ballot question that would do the same. Chicago’s City Council is also mulling a resolution, and Vermont lawmakers are now considering a statewide decriminalization bill. There’s a movement happening, and Massachusetts is sitting on the sidelines. But as the nation’s top medical research city that’s already blazing new trails in the therapeutic use of drugs such as MDMA, we should really be the state leading the charge. It’s time we got in the game.

The fact is, we’re at a cultural and scientific inflection point, rapidly and radically reconsidering what we thought we knew about drugs such as psilocybin (the chemical that makes magic mushrooms magic), LSD, and even MDMA and Ketamine. While mainstream society over the past half-century has often dismissed them as the stuff of burnt-out hippies and party kids or condemned them as downright dangerous, both the medical establishment and Silicon Valley have begun to loudly advocate for their untapped and possibly revolutionary therapeutic potential. The medical benefits are becoming clearer by the day—clinical studies have shown that magic mushrooms did wonders for anxiety-stricken cancer patients, and Ketamine, once nicknamed “psychedelic heroin” has been approved for use in treating severe depression. Plus, soldiers with PTSD, victims of trauma, and people with autism hoping to improve their interpersonal skills can all take part in studies of the medical use of psychedelics that are happening as we speak. What’s more, early studies show promising signs that psychedelic therapy can be effective at fighting the opioid crisis, which is claiming roughly 2,000 lives in Massachusetts each year. “I think it’s a really a watershed moment right now,” says Don Lattin, who’s written books about psychedelics. “People are ready for it, and it’s definitely happening.”

Researchers at Harvard are already dipping their toes in the water, studying potential psychedelic treatments, specifically MDMA. These studies are already operating with approval from and under the watchful eye of the feds, but legalization would allow experts to do things like, say, put their findings to use in therapeutic settings. After all, if magic mushrooms have the power to make a significant difference in the lives of people who are suffering, or help people improve their lives by having meaningful experiences while taking the drugs—and there is every indication right now that they do—a path towards legally helping them seems worth pursuing. As a place with the research bona fides to lend that push real credibility, we’re uniquely poised to lead the charge.

For skeptics wary of their home state turning into one non-stop Grateful Dead concert from Pittsfield to Provincetown, rest easy. For starters, psychedelic use is much less widespread than that of marijuana, so it’s unlikely there would be a sufficient enough market to sustain a profitable legal mushroom industry. Instead, experts see a future in which the drugs are available to those who want them, in more clinical settings. After all, says Rick Doblin, the founder and executive director of the Multidisciplinary Association for Psychedelic Studies, psychedelics need to be treated with more care than your average joint or pot brownie. He ultimately sees us moving toward a system in which people are given licenses to both administer and use the drugs in therapeutic settings, and which can be revoked for people ill-equipped to handle the powerful drugs. For now, though, he’s encouraged by efforts to keep studying them. “I think that society is going to need a decade or so of really growing more comfortable with controlled medical use of psychedelics before they move to some sort of licensed legalization,” he says. “But I think the decriminalization initiatives do make sense right away.”

At the moment, the movement to legalize ’shrooms is just getting started here, and no one other than scientists have really stepped up to make a public push for it. Some veterans of the legal weed movement say it’s too early to bother with. “We’re struggling right now with even getting legal cannabis established in Massachusetts. There’s still tremendous resistance at the local level and the state level,” says Jim Borghesani, the onetime spokesman for the 2016 campaign to legalize marijuana in the state by ballot question. A member of an under-the-radar local group in favor of decriminalization that’s just beginning to form told me they’d prefer to keep their powder dry for now. Still, momentum is building, and we will likely continue to hear more about this. When we do, we shouldn’t be afraid. After all, if we’re not the first state to do it, Vermont might be. And who wants that?