Can We Ever Really Fix Bad Driving in Boston?

The new hands-free driving legislation aims to stop people from using their phones, but it won't stop them from being jerks. 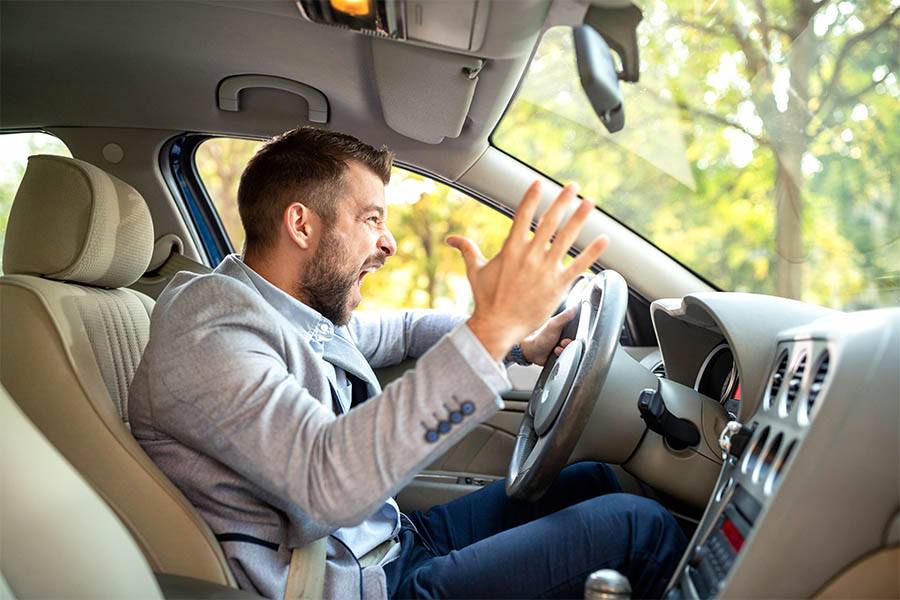 If you’re skimming this article online while sitting through the third round of red lights on Boston’s infamously clogged streets, you’d better stop right now. Thanks to the state’s newly enacted hands-free driving law, you could get tagged with a fine. The legislation, which went into effect on February 23, aims to reduce distracted driving caused by cellphone use, though you can get off with a warning until the end of March. On the other hand, the legislation won’t stop you from honking for 35 seconds straight the next time someone cuts you off in traffic. Which leads to an intriguing question: In the whack-a-mole game of curbing Bostonians’ bad driving habits, how do you get a city that prides itself on its reputation for rude, aggressive behavior behind the wheel to start acting better?

Ever since the hulking, exhaust-spewing, two ton hunk of metal that is the personal automobile became an integral part of Boston life, people have been finding ways to drive them badly. They speed, they cut corners, they operate them while drunk, and now, thanks to the brain-altering addiction of smartphones, they stare at a tiny computer screen while driving them. While an earlier law aimed at curbing texting while driving proved challenging to enforce—it didn’t give police officers the very clear instructions that anyone holding a phone was breaking the law— the new law rectifies this. And officials have gone all out in their efforts to make people aware of the new law. Jeff Larason, the state’s director of public safety, says an integrated campaign between the RMV, police, and his own department has hit social media as well as your humble MBTA buses with messaging about the new legislation.

But when you’re not banning a specific behavior, changing how people act gets complicated. “It’s hard to get people to look at themselves,” says Larason. In other words, we all believe that we’re good people and good drivers. It’s just human nature. We tell ourselves that it’s no big deal when we make a minor driving faux pas, but the truth is more complicated than that. “You can do something wrong, and the world doesn’t end,” Larason says, “but it’s just a question of how many times you can do that before something tragic happens.”

While the state hasn’t found a magic cure for road rage and risky driving, it has made efforts to make drivers more aware. There was the state’s 2017 “scan the street for wheels and feet” campaign, which was aimed at raising awareness around the safety of pedestrians and cyclists, as well as a 2007 campaign reminding people that police were more likely to keep an eye on “aggressive” drivers—though it’s hard to gauge how effective that was in terms of changing behaviors.

Before you start feeling too hopeless, though, it’s worth noting that Massachusetts has the lowest automobile fatality rate in the country. And Larason, who’s something of an expert, says “I think Boston drivers have become better and politer than they have been historically.” And though we may enjoy screaming at our fellow drivers from time to time, living in a heavily urbanized state means that chances are pretty good that you’re not driving anywhere fast, making it a bit harder to get in a nasty crash.

It’s possible that despite our much vaunted reputation as rotten drivers, we’re just full of hot air. In fact, the area that Larason suggests he’d really like to see some improvement in isn’t our tendency to flip each other off over minor transgressions. It’s that we’re 45th in the nation in seatbelt use, meaning, he says, that “one in four of us does not wear a seatbelt.” New Hampshire, which does not require seat belts (live free or die, baby!), is 50th. The point: We’re not even that much better than New Hampshire.

Larason acknowledges that, much like our neighbors to the north, here in Massachusetts we have “a little bit of a libertarian bent.” That you can’t tell me what to do attitude seems to pervade altogether too many of our attitudes about driving. Still, he’s not without hope, and thinks most people want to be good and law-abiding drivers. And if that doesn’t work? “Appeal to their best interests and their good heart,” he says, “and hope that they do the right thing.”