How Did the PawSox End up in Pawtucket, RI, Anyway?

As the Red Sox prepare to move their top minor-league team from Pawtucket to Worcester, dive into the history behind Rhode Island's McCoy Stadium. 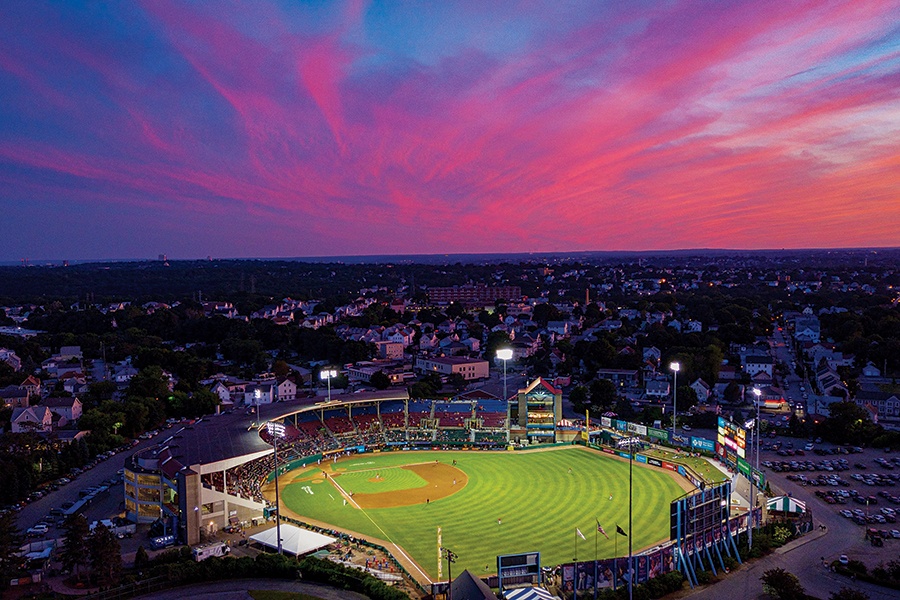 I know it’s only spring training, but all the hullabaloo over the Red Sox moving their Triple-A team to Worcester next year has me thinking about its current home, McCoy Stadium down in Pawtucket. It’s a nice place to watch a baseball game, but who the heck was McCoy, and how did the PawSox end up in Lil Rhody in the first place? —K.R., Cohasset

Holy cow, K.R., this is indeed a bittersweet question: As much as I’ll welcome Worcester as the new home for the Red Sox’s top minor-league team next year, I’ll mourn Pawtucket’s loss. After all, McCoy Stadium is the oldest ballpark in Triple-A baseball, and the city has hosted the PawSox since 1970. Do some harsh math: That means the team is preparing to relocate just as it celebrates its 50th anniversary at McCoy.

As for the ballpark’s namesake, Thomas McCoy was the imperious mayor of this small industrial city in the 1930s and 1940s. A party boss so authoritative over his fiefdom that he was known as “the Prince of Pawtucket,” McCoy loved playing sports as a kid and thought his constituents could use a federally funded stadium, so he went out and got one made on the site of a former pond. This mucky sinkhole, according to writer Dan Barry’s history of the team, provided jobs but also swallowed up piling and construction vehicles for four years from 1938 to 1942, costing taxpayers $1.5 million—more than the assessed value of Fenway Park itself at the time. Dubbed “McCoy’s Folly,” the stadium hosted various high school and minor-league teams for decades but only perked up in 1970, when the Red Sox chose it for their Double-A team before replacing that squad with the Triple-A team in 1973. The rest is probably history you know, with future superstars such as Jim Rice, Wade Boggs, and Dustin Pedroia honing their skills at McCoy. The stadium was even ground zero for professional baseball’s longest game ever: a 33-inning, 3-2 win over the Rochester Red Wings in the early ’80s.

The loss of this history is bad, but there’s still some good news: Soon after the WooSox name was unveiled for the soon-to-be-relocated team last fall, Pawtucket announced a $400 million complex featuring a hotel, retail spots, and a soccer stadium on the Seekonk River. At press time the fate of the stadium itself, though, remained a mystery. I can only hope it stays true to its roots, as despite its faults, McCoy’s Folly is filled with the pure soul of baseball’s past. Generations have spent summer nights there, and it just seems unthinkable that the lights over the outfield could ever really go out.